Toxic styrene gas leaked from one of the unit's chambers around 3.00 a.m when people were asleep.

Visakhapatnam gas leak: At least seven people have died including a child after Styrene gas leaked from LG polymers plant in Visakhapatnam early morning on May 7, 2020.

According to Andhra Pradesh DGP, Damodar Goutam Sawang, there have been seven casualties so far, one of them fell into a well while trying to escape. The incident occurred at around 3:30 am in the morning. The plant was shut due to the countrywide lockdown.

According to NDRF DG SN Pradhan, around 1000-1500 people have been evacuated from the area, among whom more than 800 ppl have been taken to hospital. The NDRF DG also informed that the locals in the area had reported throat and skin irritation and some toxic infection, then the administration and police came into action. 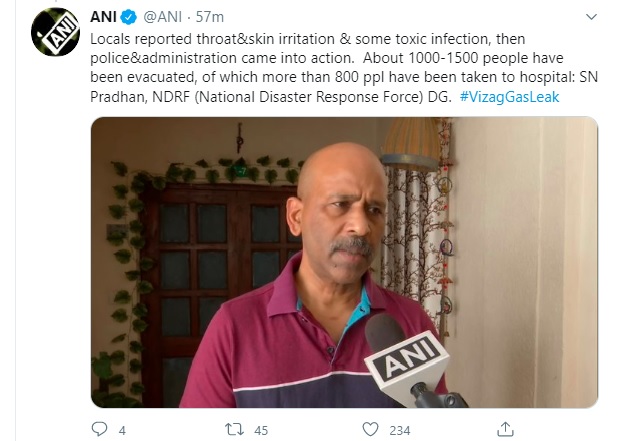 Prime Minister Narendra Modi had called a meeting of the National Disaster Management Authority in the wake of the situation in Visakhapatnam. The Prime Minister also spoke with  Andhra Pradesh CM YS Jagan Mohan Reddy and assured him all help and support. The situation is being monitored closely currently. 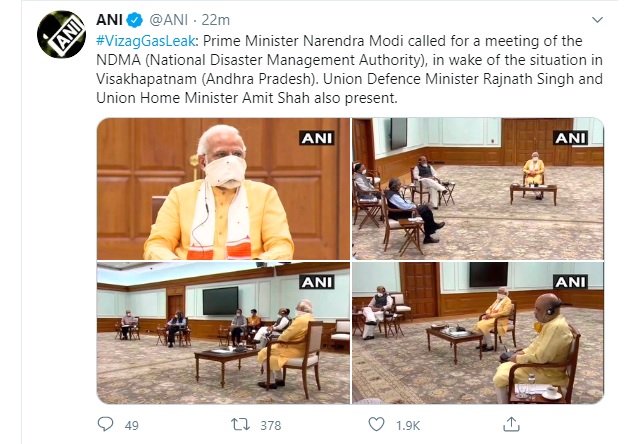 • The gas leaked from one of the unit's chambers around 3.00 a.m when people were asleep. The gas has currently been neutralised to harmless liquid form and the NDRF team has reached the spot.

• The entire village has been evacuated and teams are now conducting a door-to-door search, according to RK Meena, CP Visakhapatnam city.

• Andhra Pradesh Chief Minister YS Jagan Mohan Reddy is expected to leave soon for Visakhapatnam and visit the King George Hospital where those affected by the gas leak incident are being treated.

• The Andhra Pradesh CM is closely monitoring the situation and has instructed the district machinery to take immediate steps and provide all help.

• Andhra Pradesh Governor Biswabhusan Harichandan also expressed shock over the mishap and ordered officials to take up rescue operation on war footage.  The Governor has suggested to take support from red cross volunteers in evacuation. He has also ordered setting up of a Visakhapatnam Red Cross unit to constitute medical camps. 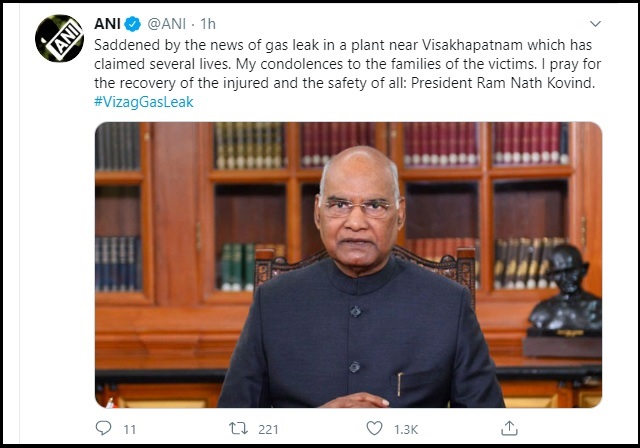 Visakhapatnam Gas Leak: All you need to know

When did the gas leak happen?

The gas leaked from one of the unit's chambers around 3.00 a.m when people were asleep.

Following the gas leak, toxic fumes spread in nearby villages and hundreds of people living within a 5 km radius of the plant rushed outside in panic. Several people reportedly collapsed and were seen lying unconscious on the roads. The fate of those who were asleep is not known. 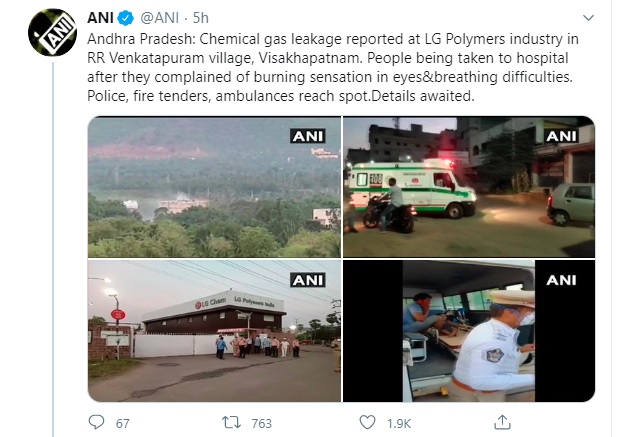 The local police is conducting relief and rescue operations in the affected area with the support of NDRF and SDRF personnel. The Navy has also been deployed for rescue operations and people have been advised to evacuate the area and cover their nose and mouth with a wet cloth. Around 27 people are involved in the rescue operations. All people living within a 5 km radius of the plant are being evacuated. About 80 to 90 percent of the evacuation has been completed, as per NDRF DG.

What is LG Polymers?

LG Polymers is a South Korean company, which is located at Venkatapuram near Gopalapatnam in Visakhapatnam.

Styrene is a flammable liquid used to make polystyrene plastics, rubber and latex. It is mainly used for the production of polystyrene plastics and resins. Short-term exposure to the gas can result in eye irritation, mucous membrane and gastrointestinal effects

Long-term exposure to styrene can have an effect on the central nervous system (CNS) and cause CNS dysfunction, headache, weakness, depression, fatigue, hearing loss and peripheral neuropathy.