The World Bank report on water pollution and economic growth was based on three types of data; sample collection, satellite and computer-generated data. 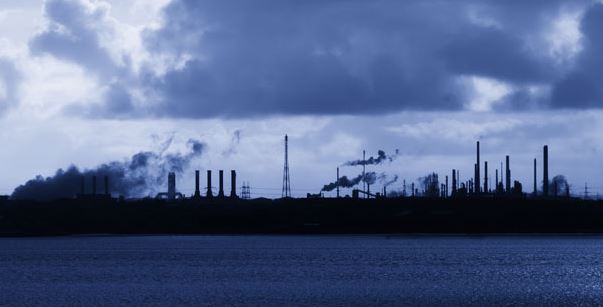 The World Bank report was based on three types of data; sample collected data, satellite data and computer-generated data. The World Bank’s report informs that a lack of clean water limits economic growth by one-third. The report calls for urgent local-level, national and international attention to these dangers which face both developed and developing countries.

• According to the report published by the World Bank, nitrogen is a key contributor to poor water quality. Nitrogen is generally applied as fertilizer in agriculture; it eventually enters into the rivers, lakes and oceans where it transforms into nitrates.
• When children come into the contact of nitrate, it affects their growth and brain development, impacting their health and adult earning potential.
• Every additional kilogram of nitrogen fertilizer per hectare can increase the level of childhood stunting by as much as 19% and reduce future adult earnings by as much as 2%, compared to those who are not exposed. 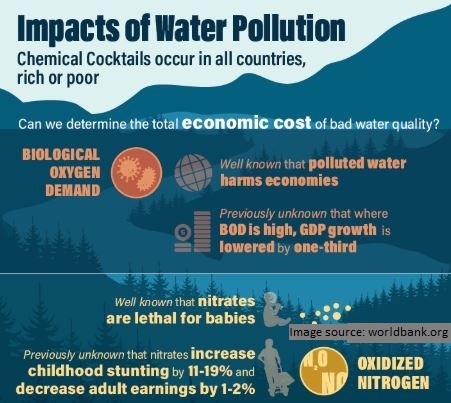 • The report reveals that saline waters and soils are spreading throughout much of the world because of sea-level rise, droughts and rainfall shocks, increasing rates of water extraction and poorly managed irrigation systems.
• More salt in the water results in less agricultural production. According to the report, enough food is lost due to saline waters each year to feed 170 million people every day –equivalent to a country the size of Bangladesh.
• It is a big loss of agricultural production and food security will continue to be jeopardized unless action is taken.

World Bank Report suggested that the world needs reliable, accurate, and comprehensive information so that policymakers can have new insights, decision making can be evidence-based, and citizens can call for action. The report calls for a paradigm shift that emphasizes safer, and often more cost-effective remedies that prevent pollution by combining smarter policies with newer technologies.