Should ICC have kept reserve days for group stage matches? It is "fair" to not allot reserve days, says Eoin Morgan. 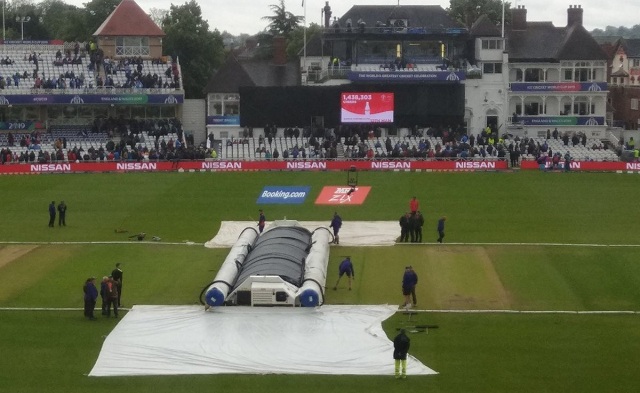 In a world cup where four matches have been washed out due to rain, England skipper Eoin Morgan feels that it is unnecessary to have reserve days for group stage matches.

The debate over the need of having reserve days for group stage matches in the ICC World Cup arose majorly after the washout of India’s match against New Zealand at Trent Bridge in Nottingham. The match was abandoned after constant rain did not allow the game to start.

India’s match against New Zealand is the fourth match to be washed out due to rain in ICC World Cup 2019. The other three matches include Pakistan vs Sri Lanka, Bangladesh vs Sri Lanka and South Africa vs West Indies. The washout resulted in teams sharing the points.

However, it is not just these four games, the ongoing weather in England threatens to hamper more games. The abandoned matches could impact a team’s position on the world cup points table during the later stages of the tournament.

Sri Lanka has already got two of its matches washed out without a ball being bowled, which could possibly have a huge impact on the team’s future in the tournament. Similarly, in the case of South Africa, which has already lost three of its four matches, the remaining matches were very significant. However, the team’s fourth match got called off due to rain after 7.3 overs.

When questioned regarding rain playing as the eleventh team in the ICC Cricket World 2019, the International Cricket Council says there’s hardly anything it can do to deal with the “extremely unseasonable” cloud cover in England.

According to ICC, it couldn’t have possibly gone for reserve days given the long schedule of the event. “Factoring in a reserve day for every match at the World Cup would significantly increase the length of the tournament and practically would be extremely complex to deliver,” said ICC’s outgoing Chief Executive Dave Richardson in a statement.

As per England’s Met department, the United Kingdom is experiencing twice the average rainfall in June 2019. In contrast, in 2018, there was just 2 mm of rain in June.

How does a reserve day impact the tournament?

As per the ICC, having a reserve day could impact pitch preparation, team recovery and travel days, accommodation and venue availability, tournament staffing, volunteer and match officials’ availability and broadcast logistics.

It could also have a huge impact on the spectators who in some instances have travelled hours to be at the game. Also, there would be no guarantee that the reserve day would be free from rain either.

Having a reserve day for each match would also require an increase in the workforce that is employed per match.