WHO sets up global stockpile of Ebola vaccines

The World Health Organization along with partner agencies is establishing a global stockpile of Ebola vaccines to control future outbreaks. 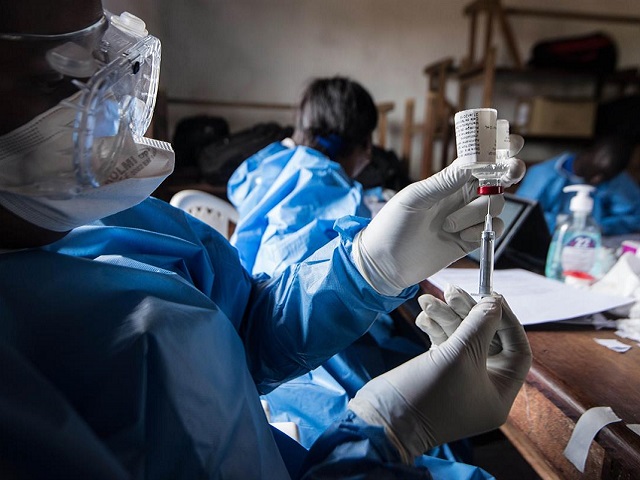 The World Health Organization along with partner agencies informed on January 12, 2021 that they are establishing a global stockpile of Ebola vaccines to control future outbreaks.

Four leading international health and humanitarian organisations-WHO, UNICEF, Doctors Without Borders and International Federation of Red Cross and Red Crescent Societies (IFRC) said in a statement that they are establishing an emergency reserve of about 500,000 doses of Ebola vaccine. Almost 7,000 Ebola vaccine doses are available now and more will be added throughout the year.

The GAVI Vaccine alliance will be providing financial support for the vaccine stockpile to ensure outbreak response. The International Coordinating Group (ICG) on Vaccine Provision had led the effort to establish the stockpile.

• The Ebola vaccines being stockpiled have been manufactured by Merck, Sharp & Dohme (MSD) Corp and developed with financial support from the US government.

• The injectable single-dose vaccine shots were used previously to contain outbreaks in Guinea and the Democratic Republic of the Congo between 2018-20 before being licensed under a protocol for “compassionate use”.

• The European Medicines Agency had licensed the Ebola vaccine in November 2019. It was later licensed by the US Food and Drug Administration as well as in eight African countries.

• The global stockpile is being created in Switzerland. The vaccines are ready to be shipped to countries for emergency response.

• Other stockpiles managed by WHO and partners exist for diseases such as yellow fever and including meningitis.

• The agencies say any decision to release vaccines will be made within 48 hours of receiving the request and the targeted delivery time is within one week.

• The vaccines will be reserved for the people who are at the highest risk of being infected with the virus during any epidemic, including those who are exposed to it and the health workers treating such patients and their contacts.

Ebola virus is a highly fatal illness, with fatality rates varying from 25 percent to 90 percent. Over thousands of people have lost their lives to the disease especially in Western and Central Africa, since the virus was first discovered in 1976.

However, as Ebola outbreaks are rare and unpredictable, there is no natural market for the vaccine. The vaccines for the virus are available in limited quantities and can be secured only through the establishment of the stockpile.

The Ebola vaccine stockpile has been created for quick outbreak response to protect those at the highest risk of contracting Ebola.