The World Malaria Day was observed across the globe on April 25, 2019. African country Malawi launched the world's first vaccine to immunise children against Malaria under the WHO-coordinated Malaria vaccine pilot programme. 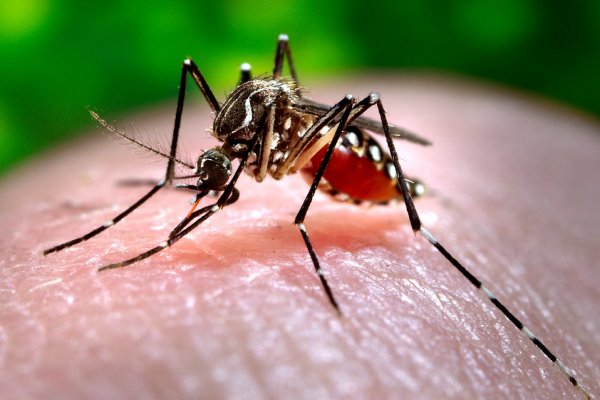 The World Malaria Day was observed across the globe on April 25, 2019 to highlight the need for continued investment and sustained political commitment towards malaria prevention and control.

According to WHO’s latest World Malaria Report, no significant efforts were made in reducing malaria cases during 2015 - 2017. The estimated number of malaria deaths in 2017 stood at 435000, no change over the previous year.

• This certification is granted by WHO when countries achieve at least 3 consecutive years of zero locally-acquired cases of malaria.

• In 2015, the WHO European Region achieved interruption of indigenous malaria transmission and was declared malaria-free in 2016.

Malaria is an infectious disease that is caused by mosquito-borne plasmodium parasite which infects the red blood cells. It is a curable and preventable. Common symptoms are fever, chills, vomiting, nausea, body ache, headache, cough and diarrhea.

• The World Malaria Day is an international observance commemorated every year on 25 April and recognises global efforts to control malaria.

• It is one of eight official global public health campaigns currently marked by the World Health Organisation).

• The day was established in May 2007 by the 60th session of the World Health Assembly to provide education and understanding of malaria and spread information on year-long intensified implementation of national malaria-control strategies.

African country Malawi on April 24, 2019 became the first to immunise children against Malaria through the vaccine ‘RTS,S’ (Mosquirix) under the WHO-coordinated Malaria vaccine pilot programme.

Malawi is also the first of three countries in Africa in which the vaccine RTS,S will be made available to children up to 2 years of age; Ghana and Kenya will introduce the vaccine later.

The Malaria vaccine pilot programme is a collaborative effort with ministries of health in Ghana, Kenya and Malawi and international partners like PATH and the vaccine developer GSK. The programme aims to reach 360000 children every year across the three countries.

Malaria remains one of the world’s leading killers, claiming the life of one child every two minutes.

Most of the Malaria-caused deaths occur in Africa, where over 250000 children die from the disease every year. Children under 5 are at the greatest risk. Overall, malaria kills 435000 people a year worldwide, of which, most of them are children.

However, till now, there was no vaccine for malaria. With the launch of the RTS,S vaccine, at least 120000 children in Malawi under 2 years of age will be injected for protection against the malaria parasite.

30 years in development of RTS,S vaccine

It took thirty years for the scientists to develop the RTS,S vaccine that has demonstrated it can significantly reduce malaria in children.

During the clinical trials, the vaccine proved to prevent around 4 in 10 malaria cases, including 3 in 10 cases of life-threatening severe malaria.

The vaccine is a complementary malaria control tool that will be added to the package of WHO-recommended measures for malaria prevention, including the routine use of insecticide-treated bed nets, indoor spraying with insecticides, and the timely use of malaria testing and treatment.

• Malaria is caused by a Plasmodium Parasites that is transmitted from one human to another by the bite of infected Anopheles mosquitoes.

• In humans, the parasites (called sporozoites) migrate to the liver where they mature and release another form, the merozoites.

• The majority of Malaria symptoms are caused by the massive release of merozoites into the bloodstream such as anaemia is caused by the destruction of the red blood cells.

• There are five parasites that can cause Malaria in humans and the deadliest of all is Plasmodium Falciparum.

• Children under the age of 5 and pregnant women are most susceptible to the disease.

• More than 70 per cent or two thirds of total malaria deaths constitute children under the age of 5.

• Early diagnosis followed by speedy treatment is of the utmost importance.