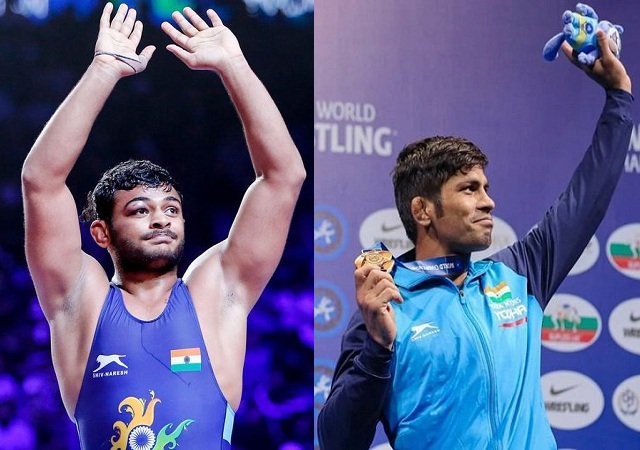 India’s hopes for its second-ever gold at the World Wrestling Championships sunk when Deepak Punia pulled out of his title bout to settle for silver due to an ankle injury that he sustained during his semifinal bout. Deepak is the fourth Indian wrestler to secure his place at the 2020 Tokyo Olympics.

The other Indian medal winners at the World Wrestling Championships 2019 included Bajrang Punia, Ravi Dahiya and Vinesh Phogat, who all secured a bronze medal each. Bajrang Punia defeated Mongolia's Tulga Ochir by 8-7 to win the bronze in the 65kg freestyle category. Ravi Kumar Dahiya, who participated in the World Championships for the first time, also won bronze after a tremendous show of his attacking instincts.

Four Indians have now qualified for the 2020 Olympics in their respective weight categories and they include Vinesh Phogat, Ravi Kumar Dahiya, Bajrang Punia and Deepak Punia. Deepak, the current junior world champion, despite his pullout in the finals, became the fourth Indian wrestler to secure his place at the 2020 Tokyo Olympics. He also became the only fifth Indian to reach the final at the senior World Championships.

Two-time Olympic medal winner, Sushil Kumar is currently the only Indian to have won a gold medal at the World Championships. He won gold in the 2010 edition.

India’s performance at the World Wrestling Championship 2019 was its best show ever. India's previous best was in 2013 when India won three medals, one silver and two bronze. Amir Dahiya had won the silver medal, while Bajrang Punia and Sandeep Tulsi Yadav secured the bronze.