In this article, we have answered 6 amazing questions based on the Union Budget of India.

Question.1. If Hindi is our national language, why is the budget in Parliament presented in English?

But in Parliament, most of the Members of Parliament are comfortable with English as they come from different states and have different native languages, and English is known to almost everyone.

You must have seen politicians sitting in the parliament bearing an earphone. Actually, this earphone has the ability to translate the language from English to Hindi and vice-versa. Since1955-56, the Budget documents are printed both in English and Hindi. 2. When was the first Union Budget of India presented?

Ans. The first Finance Minister of independent India was R. K. Shanmukham Chetty. He presented the first Union budget of India on 26 Nov.1947. The first mini-budget was presented by T. T. Krishnamachari on November 30, 1956.

Also Read | What people are searching the most on Google regarding Budget 2022? 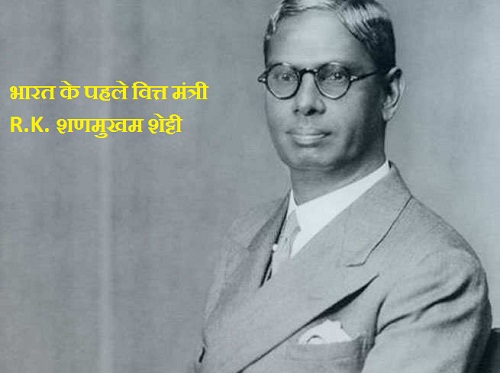 3. While going to present the budget in the parliament, what does Finance Minister carry in their briefcases?

Ans. The tradition to bring a briefcase to the present budget started around 1860 when William Ewart Gladstone was the Chancellor of the Exchequer in Great Britain. He was notorious for presenting very long budget speeches which lasted 5 to 6 hours.

Since such long budget speeches required lots of files & documents, he felt the need for a box to organize and carry them to the parliament (House of Commons). That is why a briefcase called the “Budget Box” was presented to him by the Queen for this purpose.

In the year 2019, Finance Minister Nirmala Sitharaman replaced the Budget briefcase with the traditional 'Bahi Khata' having the National Emblem.

4. Why Indian Budget is always made a Budget for the deficit?

Ans.  As we know India is a welfare state and the government works for the welfare of its citizens. Thus, when the government expenditure exceeds its revenue, a deficit is created in the economy through printing more currency and borrowing from other countries.

Thus, the lack of revenue of the central government is the basic reason behind the formation of the deficit budget.

5. Why Budget is called Union Budget?

Ans. India is a Union of states. In any federation, there are two main entities, federal states, and the centre. India has a stronger centre with less strong federal states. The centre is called a Union in our constitution, hence, the budget of the union is called the “Union budget”.

6. Why the Budget was presented digitally in Parliament?

Ans. FM Sitharaman presented the first paperless Budget in FY 2021-22 keeping in view the COVID-19 pandemic. Like the previous year, the Budget is expected to be paperless.