What are the basic concepts of Geography?

Geography may be studied by way of several interrelated approaches, i.e., systematically, regionally, descriptively, and analytically. In this article, we have discussed the basic concepts of Geography. 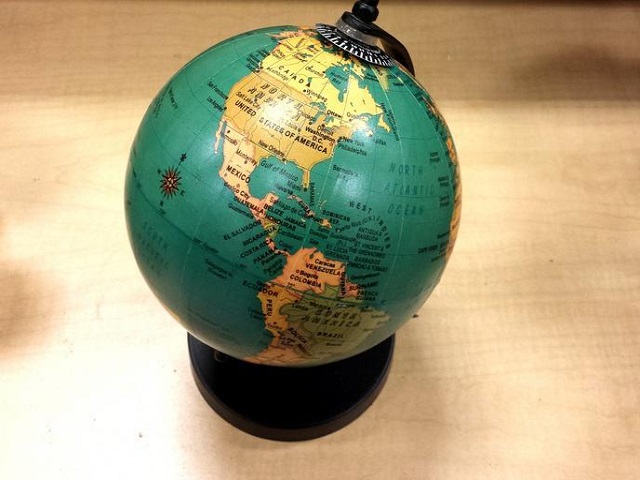 Geography and its concepts

Geography may be studied by way of several interrelated approaches, i.e., systematically, regionally, descriptively, and analytically. The important terms of Geography are classifiers tools for making sense of the world. These terms help us to plan geographically rigorous, engaging and challenging sequences of learning that will encourage careful and challenging thinking about a geographical topic. They are also the concepts central to a discipline that increasingly engages with the humanities as well as with the physical and social sciences.

1. The Systematic approach organizes geographical knowledge into individual categories that are studied on a worldwide basis.

2. The Regional approach integrates the results of the systematic method and studies the interrelationships of the different categories while focusing on a particular area of the earth.

3. The Descriptive approach depicts where geographical features and populations are located.

4. The Analytical approach seeks to find out why those features are located where they are. It is any piece of sub-continental land that is surrounded by water. Very small islands such as emergent land features on atolls can be called islets, skerries, cays or keys. An island in a river or a lake island may be called an eyot or ait, or a holm. A grouping of geographically or geologically related islands is called an archipelago, e.g. the Philippines. A group of island is called ARCHIPELAGO. Indonesia is the largest Archipelago in the world. A body of land surrounded by water on three sides is called a peninsula. The word comes from the Latin paene insula, meaning “almost an island. The world’s largest peninsula is Arabia, covering about 1 million square miles (2.6 million square kilometres). It is bounded on the west by the Red Sea, on the south by the Gulf of Aden and the Arabian Sea, and on the east by the Persian Gulf and the Gulf of Oman.” It is a naturally formed, narrow, typically navigable waterway that connects two larger bodies of water. It most commonly refers to a channel of water that lies between two landmasses, but it may also refer to a navigable channel through a body of water that is otherwise not navigable, for example, because it is too shallow, or because it contains an un-navigable reef or archipelago. It is a portion of the ocean that penetrates land. Gulfs vary greatly in size, shape, and depth. They are generally larger and more deeply indented than bays. Like bays, they often make excellent harbours. Many important trading centres are located on gulfs. Creek<Gulf<Bay<Bight (all are same in nature but differ in size) It is a high point of land that extends into a river, lake, or ocean. Some capes, such as the Cape of Good Hope in South Africa, are parts of large landmasses. Others, such as Cape Hatteras in the U.S. state of North Carolina, are parts of islands. Peninsulas are similar to capes. Most geographers consider capes to be smaller than peninsulas. Capes are narrow features that jut into a body of water. Peninsulas can be large, and many are barely connected to the mainland at all.

It is a field of geosciences and planetary science comprising the study of surface shape and features of the Earth and other observable astronomical objects including planets, moons, and asteroids. It is also the description of such surface shapes and features (especially their depiction in maps).

An underground reservoir of water which can be extracted for surface use. A chain or set of islands grouped together

A circular coral reef that encloses a shallow lagoon

The plant and animal life on the earth.

A bowl-shaped circular depression caused by the destruction of the peak of a volcano. Crater Lake, Oregon is a caldera and not a crater.

A "map" that is a diagram used to present statistical information. A common cartogram shows the countries of the world with the size of the country representing its population.

The art and science of making maps.

An investigation or count of a population.

The long term trends in weather conditions for an area.

The extension of the continents into the ocean; continental shelf land would be exposed if sea level dropped.

The study of population statistics and trends, such as births, deaths, and disease

The number of items per unit area, such as persons per square kilometre.

An area with little precipitation or where evaporation exceeds precipitation, and thus includes sparse vegetation.

The study of the interrelationships between life forms and their environment.

Periodic warming of the ocean waters in the eastern Pacific Ocean which affects global weather patterns.

The point on the earth's surface directly above the hypocenter, where the energy of an earthquake is first released.

Zero degrees latitude divides the earth into the Northern and Southern hemispheres.

The beginning of autumn and spring, the two days each year when the sun is directly overhead at the equator.

The wide end of a river when it meets the sea; salty tidal water mixes with the freshwater of the river here

A fracture in the rock where there has been movement and displacement.

The calendar of the earth's history since it's birth 4.6 billion years ago; geologic time is divided into eras, epochs, and periods.

Science of the earth's crust, strata, the origin of rocks, etc.

A large mass of ice that moves over the land, carving and eroding surfaces as it moves

A system of satellites and ground units which enable a user to determine their absolute location.

The theory that the temperature of the atmosphere an increase due to the increase in gasses such as carbon dioxide.

A spherical model of the earth's surface that includes a map of the earth; also known as a terrestrial globe

The amount of water vapour in the air.

A tropical storm that contains winds of at least 74 miles per hour (119km/h). Also known as a cyclone in the northern Indian Ocean and a typhoon in the western Pacific Ocean.

The water of the earth.

An imaginary line near 180° longitude that exists to separate the two simultaneous days that exist on the planet that the same time.

The high-altitude high-speed air current in the tropopause.

A periodic cooling of the ocean waters in the Pacific Ocean which affects global weather patterns.

A small, shallow body of water between a barrier island or a coral reef and the mainland, also a small body of water surrounded by an atoll.

Magma that reaches the earth's surface through a volcanic vent or fissure.

The language used by a population as their common language.

The soil and rock layer of the earth.

Angular degrees based on the Prime Meridian (0°) at Greenwich, London; degrees are east or west of Greenwich and meet in the Pacific Ocean at 180°.

Molten rock that lies beneath the surface of the earth; once exposed, magma becomes lava.

A graphic representation of the earth's surface.

A mathematical formula which assists in representing the curved surface of the earth onto the flat surface of a map.

A line of longitude.

A large flat-topped but steep-sided landform; they shrink to become buttes.

The scientific study of the atmosphere.

The shape of a state or nation.

A huge landmass consisting of almost all the continental land on the earth which then divided and slowly became the continents we know today.

Permanently frozen water in the soil.

The branch of geography dealing with the natural features of the earth.

The surface of the earth is composed of many large plates which slowly move around the planet, meeting and diverging, creating a variety of earthquakes, volcanoes, and mountains at their margins.

Any form of water that falls from the atmosphere to the surface of the earth (e.g. rain, snow, sleet, and hail).

A city which is greater than two times the next largest city in a nation (or contains over one-third of a nation's population). Usually very expressive of the national culture and often the capital city.

Zero degrees longitude. Also known as the Greenwich meridian because it was established at the Greenwich observatory near London.

An area which is marked common characteristics

A location of a place in relation to another place (i.e. south or downhill).

The relationship between distance on a map and on the earth's surface.

Development that does not exploit resources more rapidly than the renewal of those resources.

What do you mean by Geography?

As per National Geographic, Geography is the study of places and the relationships between people and their environments. Geographers explore both the physical properties of Earth's surface and the human societies spread across it.