What is DRDO's Airborne Early Warning and Control System (AEW&C)?

Airborne Early Warning and Control System (AEWC) is a system of detecting tracking enemy or hostile aircraft or UAVs and so forth. 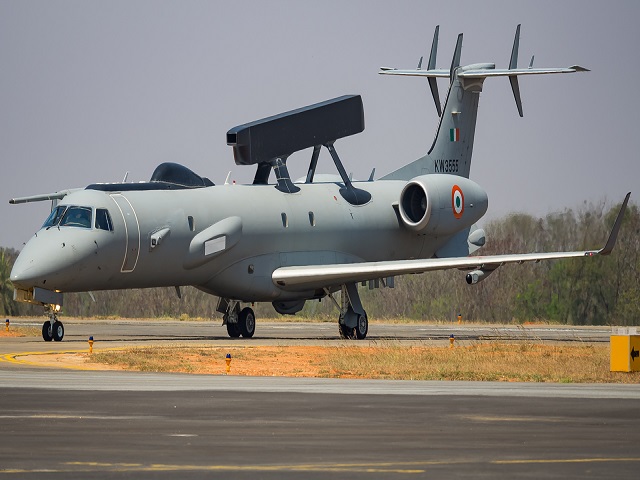 In a major boost for the indigenous defence industry, DRDO will develop six new Airborne Early Warning and Control System (AEW&C) on the aircraft of Air India to improve Indian Air Force's surveillance capabilities along the tense borders with China and Pakistan.

Earlier, DRDO planned to develop six Airborne Warning and Control System (AWACS) on the Airbus 330 aircraft for which some facilities were planned to be created in Bengaluru.

1- As per the Government sources, the AEW&C Block 2 aircraft will be developed under Rs. 10,500 crores project.

2- Under this project, six aircraft will be acquired from the national carrier, Air India.

3- Post-modification, the aircraft will house a Radar to give 360-degree surveillance capability to the defence forces.

4- The project is in line with Prime Minister Modi's vision of Make in India and Aatmanirbhar Bharat.

5- The six new aircraft would be sent to a European destination to the original equipment manufacturer to modify the planes for the installation of the Radar.

As per the sources, India's decision to built the AEW&C system on existing Air India's aircraft signals that India may drop the plan to buy six Airbus 330 transport aircraft from the European firm.

According to DRDO, Airborne Early Warning and Control System (AEW&C) is a system of detecting & tracking enemy or hostile aircraft or UAVs and so forth. The system also facilitates the operators onboard and on the ground to identify and assess the threat and to guide the inceptors accordingly in neutralizing those threats.

AEW&C is fully net-centric and with complete command and control functions to send and receive the information from the ground through its multiple data links, integrate and fuse them on board to provide the operators onboard a composite picture of the environment.

As a command centre, it enables onboard operators to select, command and guide specific interceptor aircraft towards enemy threat efficiently and neutralize them.