What is ESA's EnVision mission to Venus?

Recently, a new mission- EnVision mission to Venus has been announced by the European Space Agency (ESA). It is likely to be launched sometime in the 2030s. Let us have a look in detail at the mission. 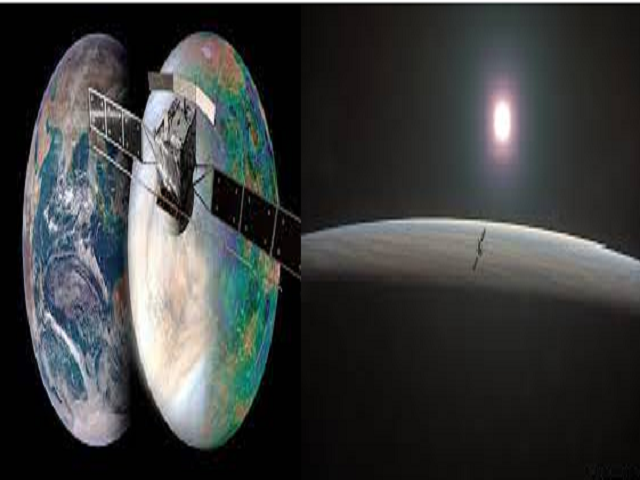 EnVision is a European Space Agency mission with contributions from NASA. Recently, NASA announced plans to return to planet Venus after over 30 years. At the end of the decade, the two missions will be launched.

- It is an ESA-led mission with contributions from NASA.

- When launched on an Ariane 6 rocket, the spacecraft will take around 15 months to reach Venus and will take 16 more months to achieve orbit circularisation.

- Various range of instruments will be carried by spacecraft to study the atmosphere of the planet and its surface.

- A radar provided by NASA will help to image and map the surface.

- Another ESA-led mission to Venus will be followed by the EnVision known as 'Venus Express'(2005-2014).

- It focussed on atmospheric research and pointed to volcanic hotspots on the surface of the planet.

Explained: What is the New Shephard rocket system by Blue Origin?

What is the aim of the mission?

- The aim of the mission is to learn how our planetary neighbour became a hellscape while Earth thrived with life.

- To monitor trace gases in the atmosphere and analyse their surface composition.

Why scientists have an interest in Venus?

The main objective of the ESA's mission is how Earth and Venus evolved so differently from each other considering that they are rough of the same size and composition.

In the solar system, Venus is the hottest planet because of the heat that is trapped by its thick cloud cover.

As per the scientist's, Venus was once a balmy, temperate world with oceans, rivers and streams.

Some recent research suggests that Venus was habitable for life for various billion years until the greenhouse effect took hold about 700 million years ago.

As per another research, Venus may be habitable today.

According to some scientists, microbes may exist high in the clouds where it is cooler and the pressure is similar to the surface of the Earth.

Phosphine was detected which is a chemical released by microbes, suggested that life was possible in the clouds of Venus. By other teams has not confirmed yet the finding of apparent phosphine, however, so it remains a topic of considerable discussion and debate.

Venus has also become an attractive target for extraterrestrial study.

DAVINCI+ results expected to reshape the understanding of terrestrial planet formation in the solar system and beyond.

Both the missions it is expected to tell scientists more about the planet's thick cloud cover and the volcanoes on its surface.

Japan: Since 2015, the Akatsuki spacecraft has been studying the planet’s atmosphere.

In 2024, India plans to launch a new orbiter named Shukrayaan to Venus.

Some facts about Venus

- It is the second-brightest object in the sky after the moon.

- It appears bright due to its thick cloud cover that reflects and scatters light.

- It is the second closest planet to the Sun.

- It is called the Earth's twin because of their similar sizes, the two planets have significant differences between them.

- The thick atmosphere of the planet traps heat and so it is the hottest planet in the solar system, despite coming after Mercury, the closest planet to the Sun.

- Also, the venus in its orbit moves forward around the Sun and spins backward around its axis slowly. This means that on Venus the Sun rises in the west and sets in the East.

- On Venus, one day is equivalent to 243 Earth days because of its backward spinning, opposite to that of the Earth's and most other planets.

- Venus also does not have a moon and no rings.

What is China's Artificial Sun? All about EAST, the nuclear fusion reactor, and its new record