On the 138th birth anniversary of Veer Savarkar, we bring you some lesser-known facts about the Indian Freedom Fighter. 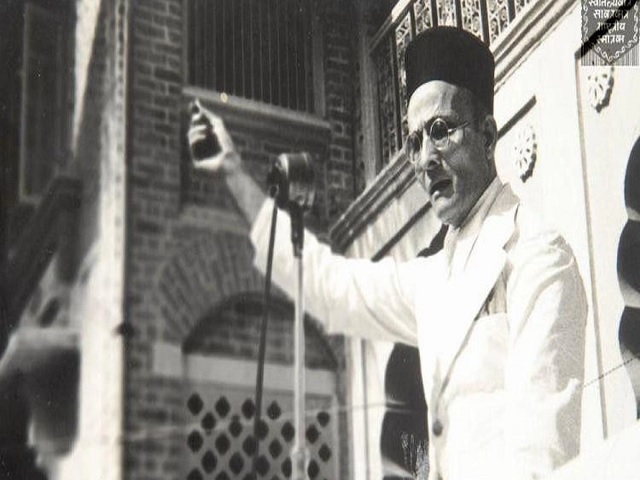 On his 138th birth anniversary, we bring you some lesser-known facts about Indian Freedom Fighter Veer Savarkar.

1- Veer Savarkar formed a youth organization 'Mitra Mela' in his teenage. The aim of the organization was to bring in national and revolutionary ideas.

2- On 7 October 1905, he burnt all the foreign goods in a bonfire on Dussehra, as he was against foreign goods and propagated the idea of 'Swadeshi'.

3- He championed atheism and rationality. He disapproved of orthodox Hindu belief and dismissed cow worship as superstitious.

4- In 1909, he was arrested on charges of plotting an armed revolt against the Morle-Minto reform (Indian Councils Act 1909). He tried to escape but was arrested. In 1911, he was sentenced to Kala Pani, the cellular jail of Andamans, for 50 years.

5- After several mercy petitions, he was released in 1924 over conditions of not participating in politics for 5 years and was barred to leave Ratnagiri.

6- He worked on the abolishment of untouchability in Ratnagiri.

8- Eight works of Savarkar were banned by the British Government including Mazzini (his biography in Marathi), Indian War of Independence 1857, drama Usshaap, Shraddhanand (a magazine by his brother).

9- In 1942, Savarkar opposed the Quit India movement launched by Congress. Being an outright critic of Mahatma Gandhi, he mobilised the Hindu Mahasabha against Gandhi's Quit India movement. With this, he wanted to gain the trust of British rules and militarise the Hindu provinces.

10- In 1948, he was charged as a co-conspirator in the assassination of the Father of Nation, Mahatma Gandhi, but was later acquitted by the court due to lack of evidence.

11- In 1964, Savarkar declared his wish to attain Samadhi as his goal of independent India was achieved. On 1 February 1966, he started a hunger strike and passed away on 26 February 1966.

12- In 2002, Port Blair airport was named after him as Veer Savarkar International Airport.

13- On the 138th birth anniversary of Savarkar, Mahesh Manjrekar announced that he will be directing a film based on him.

Vinayak Damodar Savarkar, better known as Veer Savarkar, was born on 28 May 1883 in Maharashtra's Bhagur in a Marathi family to Damodarpant Savarkar and Radhabai. He was a freedom fighter, politician, lawyer, writer, social reformer and staunch supporter of Hindutva.

Who was Veer Savarkar and how he contributed to National Freedom Struggle Movement?