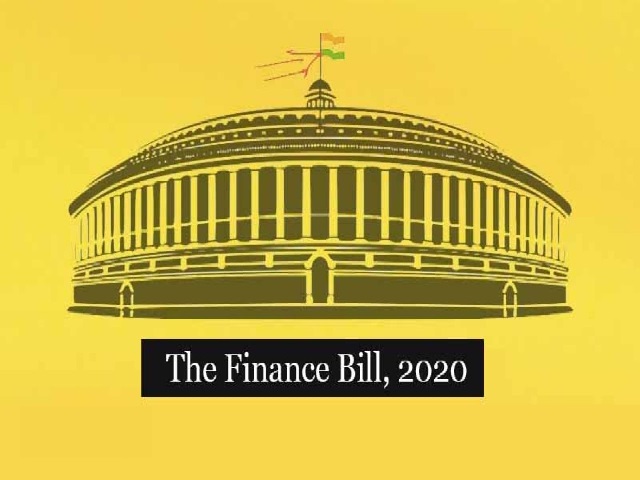 On Monday, The Lok Sabha passed the Finance Bill by voice vote without any discussion with 40 amendments amidst the coronavirus pandemic. On March 27, President Ram Nath Kovind gave assent to amend the Finance Bill 2020 and now it became the Finance Act 2020.

What is a Finance Bill?

As per Article 110 of the Indian Constitution, Finance Bill is a Money Bill having a Memorandum containing explanations of the provisions included in it. The Finance Bill can only be introduced in Lok Sabha. However, Rajya Sabha can recommend amendments to be made in the Bill and it is up to Lok Sabha to accept or reject the recommendations. The bill must be passed by the Parliament within 75 days of its introduction.

Why is it important?

Below is the list of important amendments in the Finance Bill 2020:

1- Additional excise duty on Petrol and Diesel by up to Rs 18 per litre and Rs 12 per litre respectively as and when required.

2- The original Finance Bill proposed to reduce the time spent in India by the Indian citizens or people of Indian origins to qualify as Indian tax resident from earlier 182 days to 120 days in 2019. Now, the Finance Act states that the 120-day rule will not apply to those citizens having Indian-sourced income less than INR 15 lakh in the relevant Fiscal Year.

3- The Tax Deducted at Source or TDS rate on payment of dividend to non-residents and foreign companies have been set at 20% after the amendment.

5- After the amendment, 1% of TDS has been imposed on e-commerce transactions.

6- Finance Act, 2020 has extended reduced tax withholding rate of 2% to royalty in the nature of consideration for sale, distribution or exhibition of cinematographic films.

These were certain amendments in the Finance Bill 2020. In addition to the above-mentioned points, after the amendment, the individuals and HUFs will not be eligible for the optional personal tax regime unless the option is exercised in the form and manner as prescribed.