To Combat Air Pollution, a 20-feet massive tower has been installed in New Delhi’s Lajpat Nagar Market (South Delhi) having an average footfall of 15,000 people daily. 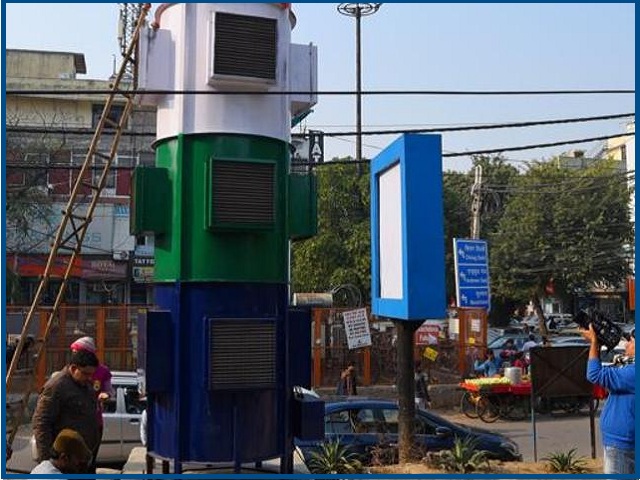 The Capital of India, New Delhi has launched its first smog tower to combat Air Pollution which started operating from January 3, 2020. Inspired by China, a 20-feet massive tower has been installed in New Delhi’s Lajpat Nagar Market (South Delhi) having an average footfall of 15,000 people daily. The cost of this smog tower is borne by former Cricketer and BJP’s MP Gautam Gambhir. As per the reports, the estimated cost of the tower is approximately Rs. 7 Lakhs.

What is the aim of the smog tower?

As we all know, that Delhi suffers every year in winters with toxic air quality. Therefore, the aim of the smog tower is to create a clean air zone around the area with an estimated 80% reduction in particulate matter.

In November 2019, the Supreme Court of India keeping in view the toxic air quality of Delhi directed the Narendra Modi led government and the Arwind Kejriwal led-Delhi government to install smog towers across Delhi to overcome the smog problem.

What are smog towers?

Smog towers are the devices that work as large-scale air purifiers having multiple layers of air filters to clean the air. The smog tower at Lajpat Nagar is capable of cleaning 6,00,000 cubic meters of air per day. According to the reports, it can collect more than 75% of particulate matters.

This pilot experiment is headed by the (Indian Institute of Technology) IIT Bombay and IIT Delhi. Apart from these, the Central Pollution Control Board and the University of Minnesota (associated with Xi’an project too) are also involved in the process.