FRBM Act: All you need to know

Chief Ministers of various states seeks relaxation in state fiscal deficit limit to deal with the additional spending and revenue fall due to COVID-19, during a press conference with Prime Minister Modi. 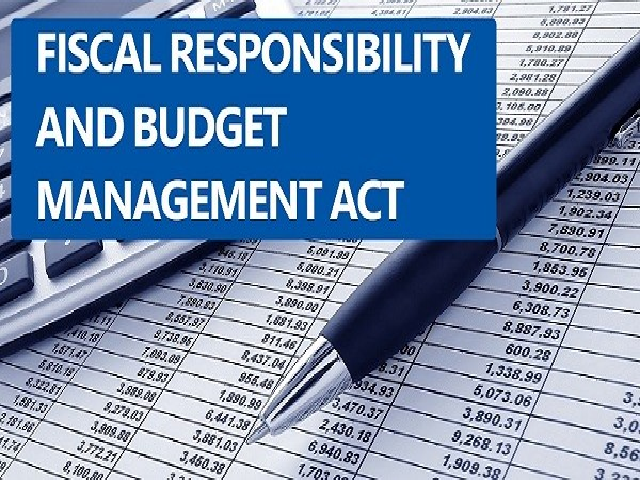 On Thursday, Chief Ministers of various states seeks relaxation in state fiscal deficit limit to deal with the additional spending and revenue fall due to COVID-19, during a press conference with Prime Minister Modi. It must be noted that under the FRBM Act, it is mandatory for all the states to keep their fiscal deficit under 3% of their respective GDP.

What is the FRBM Act?

Fiscal Responsibility and Budget Management (FRBM) Bill was introduced by the then Finance Minister, Yashwant Sinha (under Atal Bihari Vajpayee Government) in the parliament. The Bill was introduced in the year 2000 to provide legal backing to the fiscal discipline to be institutionalized in India.

The Bill became an Act in the year 2003 but was came into effect from July 5, 2004. The FRBM Act set targets for the Government of India to achieve fiscal stability, to provide RBI with the flexibility to deal with inflation, to improve the management of public funds, to strengthen fiscal prudence and to reduce fiscal deficits.

Aarogya Setu App: What is it, its benefits, how to download and more

What are the key features of the FRBM Act?

After the FRBM Bill was passed by the Union Cabinet, the following points were mandatory to be presented along with the Union Budget in the Parliament annually:

The FRBM also proposed four fiscal indicators- revenue deficit, fiscal deficit, tax revenue and the total outstanding liabilities to be projected as a percentage of GDP in the medium-term fiscal policy statement.

What are the exemptions under the FRBM Act?

The Government of India provides exemptions under special circumstances such as national security, calamity, etc. in fiscal deficit target.

What latest targets are set as per the FRBM Act?

Piyush Goyal presented the Interim budget for the Financial Year 2019-20 on Feb 1, 2019, in the parliament. The changes made in the FRBM Act are as follows:

Committee on the FRBM Act:

In the year 2016, a committee was set up by the Government of India headed by NK Singh to review the performance of the FRBM Act and suggest the necessary changes to the provisions of the Act. The committee recommended that the government must target a fiscal deficit of 3% of the GDP by March 31, 2020, and subsequently cut it to 2.8% in the year 2020-21 and to 2.5% by the year 2023.

Why was the FRBM Act enacted?

Due to high borrowing levels between 1900 and 2000, the Indian economy was going down. High Fiscal Deficit, high Revenue Deficit, and high Debt-to-GDP ratio were the factors that were responsible for the weak Indian economy. Therefore, in the year 2000, the bill was introduced in the Parliament to bring responsibility and discipline in the matters related to expenditure and debt.

The FRBM Act is considered as one of the major legal steps taken in the direction of fiscal consolidation in India. On Thursday, in a press conference, the CMs of various states of India seeks flexibility under the FRBM act. As the Act allows exemptions under special circumstances, thus, COVID-19 pandemic may be considered a special circumstance. The Government of India has already declared it as a notified disaster and is taking all the necessary measures to combat and to contain its spread.