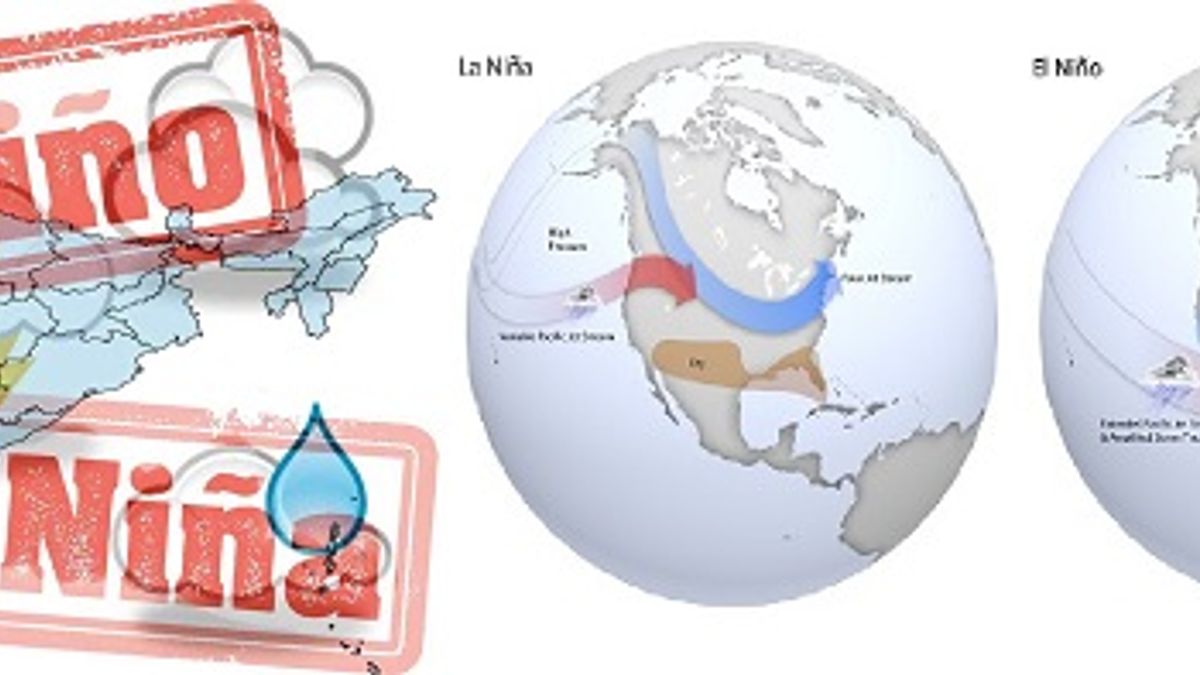 1. Which of the following statement (s) is/are correct about El Nino?

A. The term El Niño translates from Spanish as 'the boy-child'

B. Peruvian fishermen originally used the term to describe the appearance, around Christmas, of a warm ocean current off the South American coast.

C. It is now the commonly accepted term to describe the warming of the central and eastern tropical Pacific Ocean.

2.  Which of the following statement (s) is/are correct about La Nina?

A. It derives its name from Spanish word which means 'girl-child'.

B. It is the opposite ENSO phase to El Niño.

3. Which of the following is not affected by the Phenomena of El Nino?

GK Questions and Answers on Oceanography and Coral Bleaching

I. El Nino during winter causes warm conditions over the Indian subcontinent and during summer, it leads to dry conditions and deficient monsoon.

II. It causes better than normal monsoon in India.

Which of the above statement is/are correct about the impact of El Nino on the Indian Weather?

5. Why the term oscillation is accompanied with El Nino and La Nina?

A. Because its fluctuations are perfectly periodic

B. Because its fluctuations are not perfectly periodic

C. Because they recur in the form of regular cycles in climate parameters

6. Consider the following related to the impact of La Nina

I. Drought in Ecuador and Peru. Low temperature, High Pressure in Eastern Pacific.

7. Consider the following statement (s) related to the similarity of El Nino and La Nina.

I. They are part of a larger cycle called ENSO, or El Niño–Southern Oscillation.

II. They are known to alter climate across more than half the planet and dramatically impact weather patterns.

8. Which of the following is the cold event?

10. What happen to the cyclones during El Nino episode?

A. Wind speed is slow

The El Nino (warm event) and La Nina (Cold event) both have now established themselves as the integral part of the global climate system. It is a recurrent phenomenon with an average return period of 41/2 years, but can recur as little as 2 or as much as 10 years apart.