Narendra Modi is the current and first Prime Minister of India who was born in 'Independent India'. He is a member of Parliament from Varanasi Constituency. He is a member of the Bharatiya Janta Party (BJP) and Rashtriya Swayamsevak Sangh (RSS). He is considered a master strategist for his party. Find out more about the famous down to earth personality, Narendra Modi, his passion, schemes, books written by him, etc. in the form of a Quiz on his birthday (17 September, 2020) 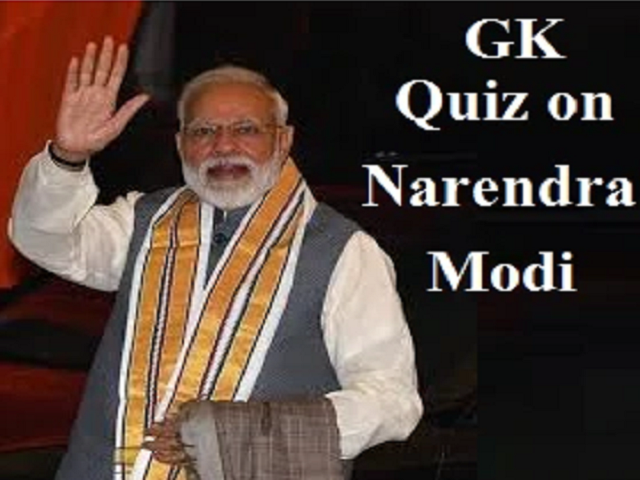 Narendra Modi was born on 17 September into a grocer family in Gujarat. His struggle started when he was a teenager. Do you know with this brother, he used to run a tea stall near a railway station in Ahmedabad. With all this, he was so determined and passionate that he did his schooling and today he is the Prime Minister of India. He is a motivation for everyone. On his 70th birthday let us know more about him by solving some interesting questions.

8. At which place in the world, Narendra Modi wax statue was unveiled in a museum?
A. Canada
B. London
C. Afghanistan
D. Saudi Arabia
Ans. B
Explanation: In 2016, a wax statue of Modi was unveiled at Madame Tussaud Wax Museum in London.

Hope, you liked the quiz on our Prime Minister Narendra Modi!