India is famous for various festivals and almost every day there is a celebration. To make celebration more joy full we perform dance. Each state has its own dance form and costumes. This article deals with regional dances of India in the form of Questions and Answers. 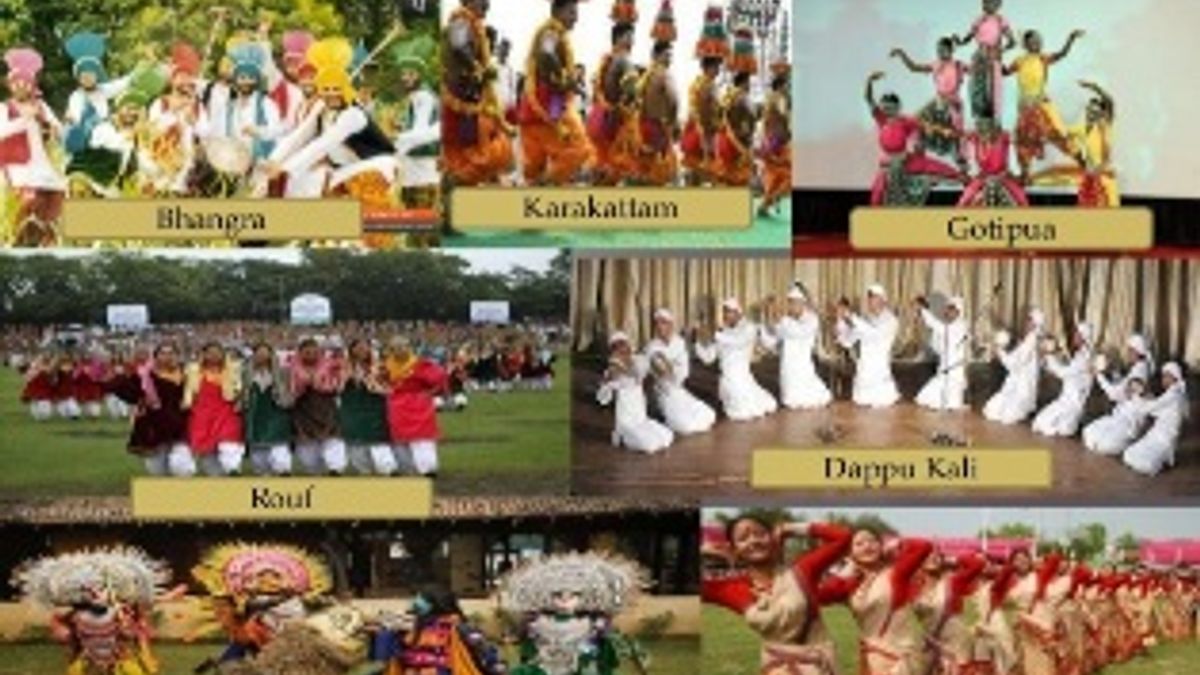 India has diversity in Unity. It is a land of various traditions and cultures. Indian folk and tribal dances are the product of social and economic set up. India is also famous for festivals and celebrations which almost took place every day and dances are the mark of celebrations which enhances its culture and joy. As we all know folk dance, regional dance are performed for every occasions and each and every state has its own dance form. Indian folk dances are full of energy and vitality. Some regional dances are performed by both men and women while in some men or women perform dance separately. Also, they have specific costume. In this article we are discussing various regional dances of India in the form of MCQs.

2. Which of the following pairs are correctly matched?

3. In which State of India Luddi dance is performed?

4. Name the dance which was revived by Vallathol?

8. Which among the following is a folk dance of India?

9. Who had popularized the Indian classical dance abroad?

10. Rouf is a dance of which State of India?

B. Jammu and Kashmir