GK Questions and Answers on Famous Scientists and their inventions

Scientists are driven by constant curiosity and inspired to find truth. Their discoveries have made life easy and also motivated several people. If we talk about scientists like Newton, Galileo, C.V. Raman etc. their great minds of science touched us and inspired us to achieve more. Let us study through this article about some famous scientists and their inventions in the form of questions and answers with explanation which may also help in the preparation of several entrance examinations. 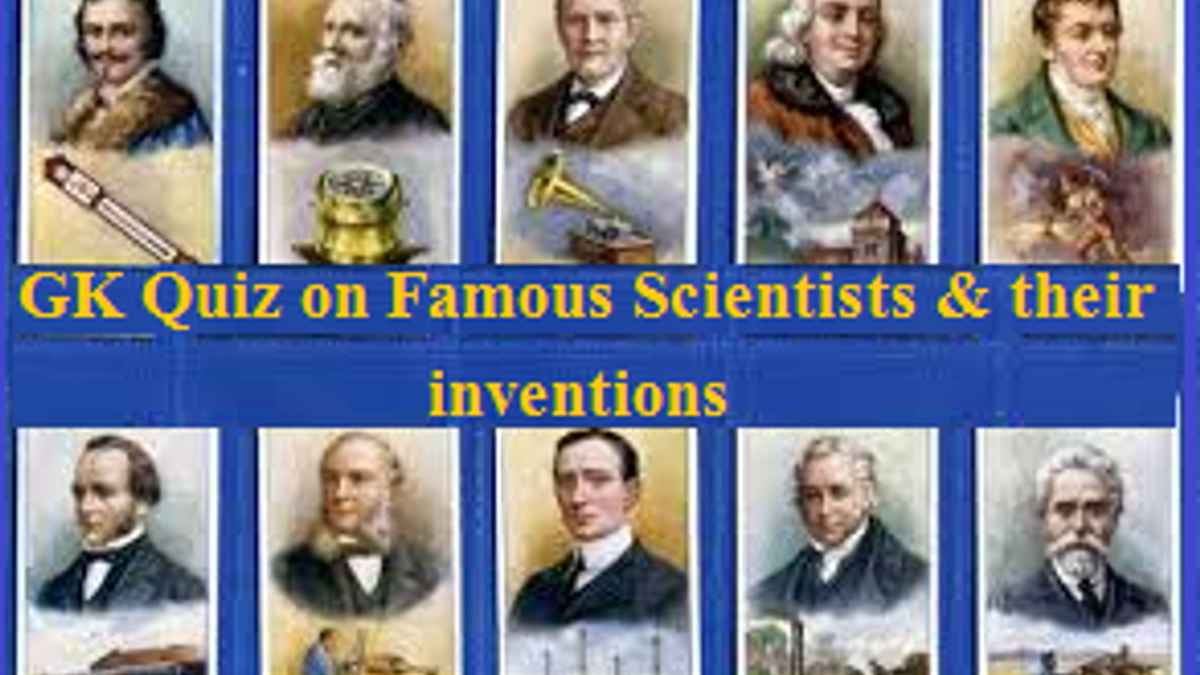 GK Quiz on Famous Scientists and their inventions

Scientists are persons of great minds, who ask question about the phenomenon and systematically answer the question themselves. No doubt, they are curious, creative and well organised. They have the ability to observe new things in a different way. Their discoveries have change the world and gave it a new dimension. It is correctly said by George C. Lichtenberg that "an extraordinary men make the discoveries, which later appears so easy and simple".

2. Who is known as the father of plastic surgery?
A. Charaka
B. G.D. Naid
C. Sushruta
D. None of the above
Ans. C
Explanation: Sushruta is the founding father of surgery and plastic surgery. He had also written Sushruta Samhita an outstanding treatise in Indian medical literature and describes the ancient tradition of surgery in India.

4. The Father of white revolution is
A. Patanjali
B. Jagadish Chandra Bose
C. Verghese Kurein
D. Raja Ramanna
Ans. C
Explanation: Verghese Kurien was the chief architect who made India the largest milk producer in the world. He also helped in modernising the Anand model of cooperative dairy development and engineered the White Revolution in India.

List of Organs that help in Digestion of Human Body

6. Who discovered the iridium layer and won Nobel Prize also?
A. Henry Moseley
B. Pierre Curie
C. Santiago Ramon
D. Luis Alvarez
Ans. D
Explanation: Luis Alvarez discovered the iridium layer and also he had given a theory that dinosaurs were driven to extinction by the aftermath of a large meteorite impact on Earth. In 1968, he won Nobel Prize in Physics.

9. Who is the founder of oceanography?
A. Susumu Tonegawa
B. Alhazen
C. Karl Landsteiner
D. Matthew Maury
Ans. D
Explanation:Matthew Maury was known as the father of Oceanography and in his own lifetime he was called as 'Pathfinder of the Seas'.

So, these are some famous scientists and their inventions or discoveries.