Around the year 1600 AD, India was ruled by the Akbar and in the same year the British had established East India Company in India. According to a report from the University of Groningen, Netherlands, when Indians was ruled by Akbar, India's Per Capita GDP was more than France, Germany, America and Japan. 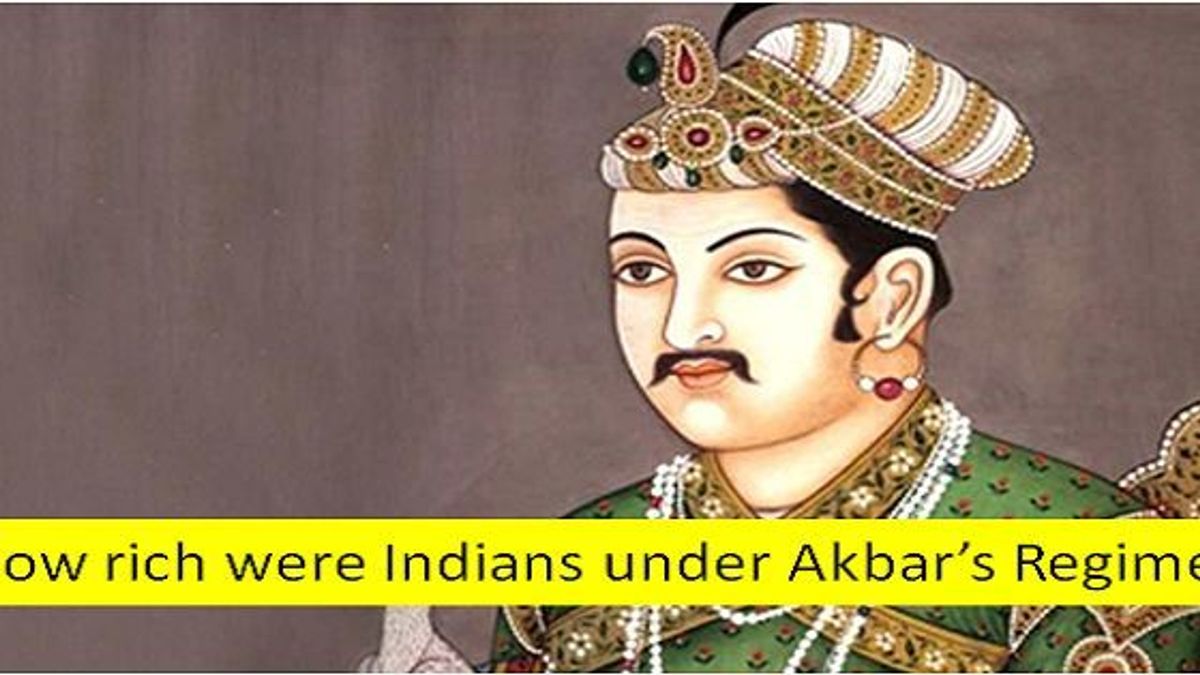 Mughal Emperor Akbar ruled India between the 1556-1605. The English established its East India Company in India in 1600 AD. According to the report of the Groningen University, Netherlands, when India was ruled by Akbar, the Indians were richer than people of France, Germany, America, China and Japan because the Per Capita GDP of Indians was more than the current developed countries of the world.

Mughal Emperor Akbar is considered as the greatest emperor of India. During his regime; there was transparency in the tax rates, tax collection was easy, gold and silver coins were in circulation, customs duty was lower which encouraged the international trade.

Around 1600 AD, the Europeans were masters of the technology but Indians products also had the good quality. India's products such as art and handicrafts were very popular in foreign markets including India.

Akbar’s government was collecting income of what today would be $10.6 billion annually by the end of his reign. By comparison, Elizabeth I of England, who had an almost identical period of reign (1558-1603), was bringing in today's equivalent of $163 million on average in each of her final years.

According to Money.com report; Akbar is ranked at number 4 in the list of 10 richest people of all time in the world. At that time; the Akbar owned around 25% economic output of the world.

Through this article, we are explaining that how rich Indians were during the regime of Akbar (1556-1605) and what is the current situation of Indian prosperity in the FY 2016.

In 1600 AD, Per Capita GDP of India and other Countries were as follows;

From table above, it is clear that in terms of Per Capita GDP, the people of Netherlands, Spain and Italy were the richest people of the world, but the people of India were also the fourth richest in the world.

Around 1600 AD, the average Per Capita GDP of the Netherland was $ 2433 followed by the Spainians ($1896) and Italians ($ 1329) while the Indians were earning around1305 dollars per year, almost equivalent to Italians.

So it means; when the Indians were ruled by the Mughal Akbar; their Per Capita GDP was almost double to today’s super Power like USA, Germany, Japan, Italy and China.

Now this is the crucial time for every Indian along with the policy makers of the country to think that what went wrong in these 418 years in India that we are far behind other countries of the world in terms of almost every aspect of development.