Hydroponics and its applications: Here's everything you need to know

Hydroponics is a type of horticulture where plants are grown without the use of soil in mineral-rich water (aqueous solvent).

Can crops and plants be grown without soil? If so, how? The questions can be daunting for many as we have learnt for years that the majority of them grow in soil. Read this article to find out the answer to the aforementioned questions.

Yes, crops and plants can be grown without soil with the help of a method called Hydroponics.

Hydroponics is a type of horticulture or better we can say it’s a type of hydroculture where plants are grown without the use of soil in mineral-rich water (aqueous solvent). 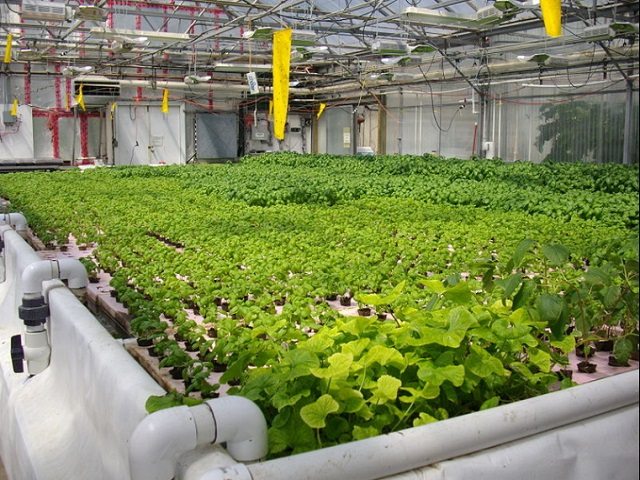 There are various sources from which nutrients can be extracted and provided to the plants. These are fish excreta, duck manure, and many other animal-based nutrient sources.

Common vegetables such as tomatoes, lettuces, cucumbers, various types of peppers can be grown hydroponically. You will be surprised to know that even marijuana (illegal in India) can be grown through this technique

Origins And History Of Hydroponics

The earliest mention of hydroponically grown plants was in the year 1627 by Francis Bacon in his book, ‘A Natural History’. After his mention of Hydroponics, research works progressed on this technique.

In the year 1699, John Woodward, an English Naturalist, discovered that plants grow better in less-pure water as compared to distilled water.

In 1842, scientists and naturalists compiled a list of 9 essential elements for plant growth.

By the 1930s, diseases of many plants were investigated by scientists and the symptoms related to the soil conditions were noted. This helped them to try out water culture experiments which led to new and interesting findings.

Hydroponics was used on many occasions in the past, let us look at some of them briefly.

1- In the 1930s, Hydroponically grown plants were used on Wake Island which serves as a refuelling stop for Pan American Airlines.

Wake island is a rocky reef having no soil. Thus, it is more of a necessity than a luxury to grow plants hydroponically for passengers landing there.

2- Daniel Arnon, a former U.S. Army major, used his accumulated expertise on plant nutrition to feed his fellow troops on Ponape Island (present-day Pohnpei Island). Pohnpei Island is rocky and barren. Thus, the crops were grown in gravel and nutrient-rich water from 1943-1946.

4- In the year 2007, an Arizona based farm company sold nearly 200 million pounds of tomatoes which were grown hydroponically.

As of now, Canada boasts hundreds of acres of farms which currently uses a hydroponic technique including hydroponic greenhouses. Canada has been successfully growing Peppers, Tomatoes and Cucumbers with this technique.

Farm Laws 2020: Everything you need to know about the new agriculture reforms in India

What is the difference between Baking Soda and Baking Powder?