Wagah, a village situated on the Grand Trunk Road between Amritsar of India and Lahore in Pakistan. The Wagah border is situated at a distance of 29 kms. from Lahore (Pakistan) and 27 kms. from Amritsar (India). The purpose of Wagah Border Ceremony is to formally close the border for the night and take off the National Flag. The Flag Lowering Ceremony is done daily before sunset. However, this is an entertainment ceremony but displayed as patriotic performance every day. 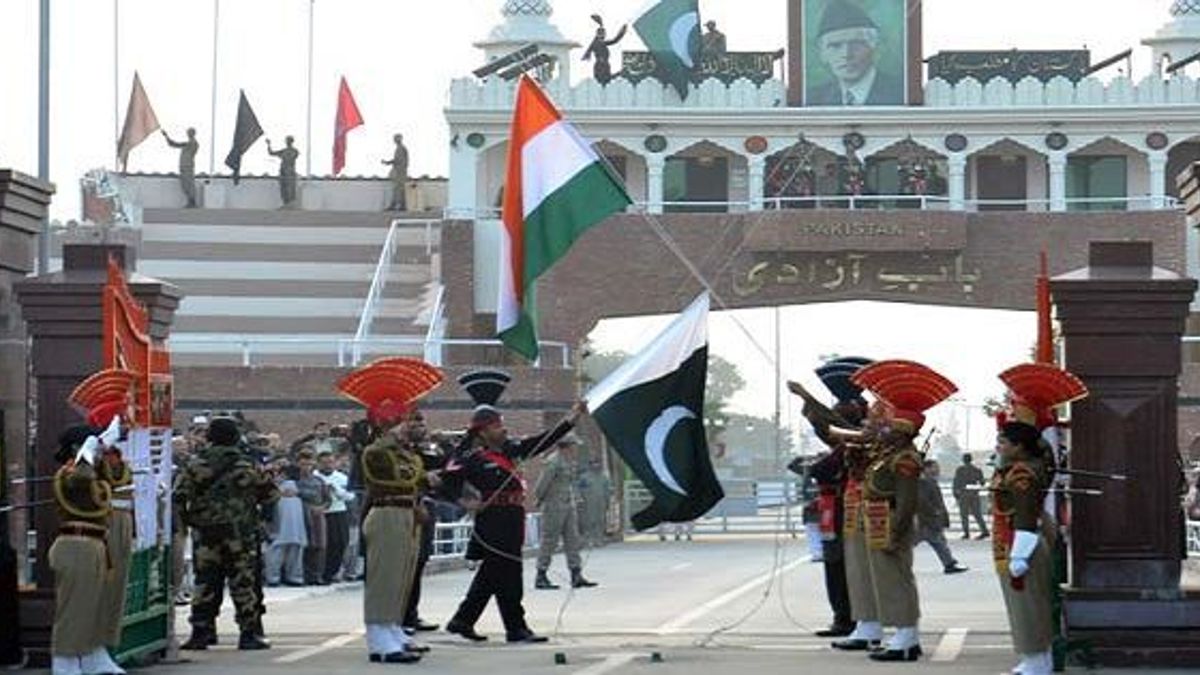 Where is the Wagah Border?

Wagah, a village situated on the Grand Trunk Road between Amritsar of India and Lahore in Pakistan. The Wagah border is situated at a distance of 29 kms. from Lahore (Pakistan) and 27 kms. from Amritsar (India). Radcliffe Line which had been drawn during 1947, Split one country into two parts. Radcliffe Line passes through the village Wagah on the Indian side. Wagah border is the crucial point between India and Pakistan and is open for tourists on a regular basis.

The Wagah Border Ceremony, more popularly known as Beating Retreat Ceremony, was started in 1959. The purpose of "Wagah Border Ceremony" is to formally close the border for the night and take-off the National Flag of both nations. The Flag Lowering Ceremony is done daily before sunset. However, this is an entertainment ceremony but displayed as patriotic performance every day. 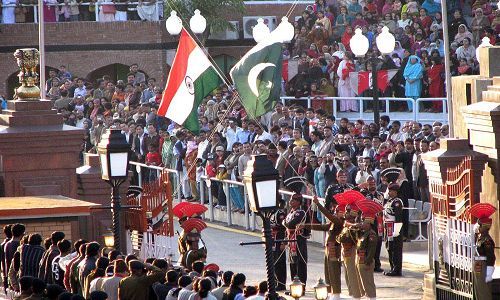 During Wagah Border Ceramony; National Anthem is played, slogans of patriotism and dance is also performed on Bollywood songs. Apart from this, sometimes cultural programs are also organized. In this ceremony, people from other countries of the world along with Indian citizens participate.

At the time of the retreat the border looks like a battleground, as the procession is conducted with loud shouts and heavy foot stomping by the soldiers. A form of marching where soldiers lift up their legs very high is known as “Goose Marching”.  This procession continues for 45 minutes. 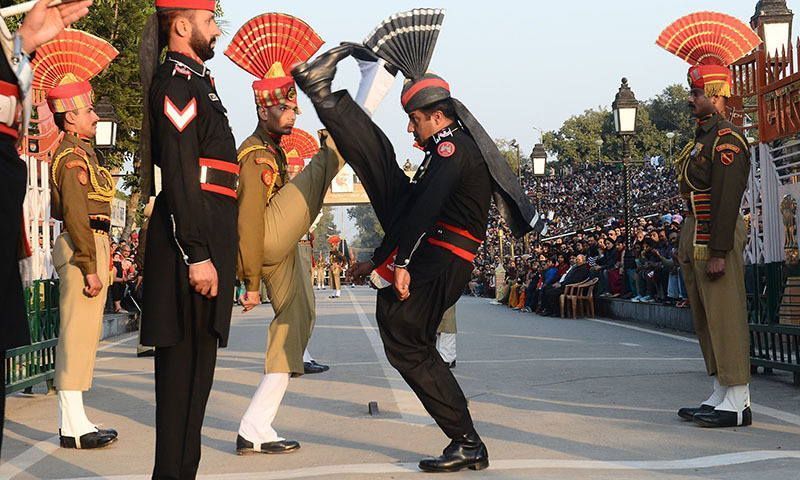 The Wagah Border Ceremony is a military practice carried out by the Indian Border Security Force and Pakistan Rangers. This ceremony is organised every day since 1959. But when the warlike situation or border dispute between two countries intensifies this ceremony is postponed for some days.

How to Attend “Wagah Border Ceremony”:-
To visit the wagah border on the Indian side, you will first need to visit Amritsar. Wagah border  is 27 km away from Amritsar. After reaching  Amritsar take a public bus till Attari station. From Attari you can take a cycle rickshaw to cover the 3 km distance till the wagah border or you can hire a private taxi or jeep to reach the wagah border.

Points to be Noted before going to Wagah Border Ceremony:-
1. What is the Timing of Retreat Ceremony:-
The size of stadium is limited so everyone can't get in. The seats are allocated on “first come first serve basis”. So you need to arrive here at 2.30 PM in winter and at 3 PM in summer. The border gate remains open from 10:00 AM - 4:00 PM. The Beating Retreat Ceremony starts at 5:15 PM in summer and 4:15 PM in winter.

2. If possible, book your seats in advance by going to BSF Kent located in "Khasa" village. This village is located just few Kilometer from the Attari border. Do not forget to take your ID proof while going there.

3. A lot of people reach at the sight of the ceremony, due to insufficient space some people are not allowed to go inside the stadium and they have to watch the ceremony on the screen placed outside the stadium, so try to reach there early.

4. Mobile phones are allowed to carry, but the mobile phone’s network is jammed. However you can take photos / video.

5. There is no ticket price to watch the ceremony.

6.  Do not think that only patriotic people go here, some pickpockets also reach there so be cautious.