List of Centuries scored by Indians in debut Test match

Lala Amarnath was the first Indian batsman who had scored test century in his debut match against England on 15 December 1933. Till date 15 Indians cricketers have scored centuries in their debut Test match. There are 107 centuries have been scored by 105 players in their debut test match till date. 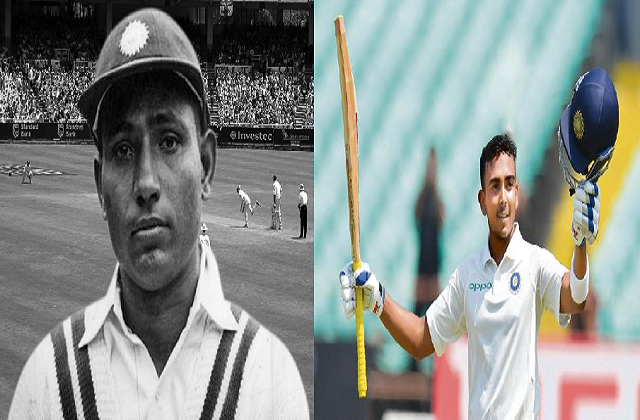 Test cricket is known as the backbone of the international cricket. Don Bradman is famous as the most successful test player in the history of test cricket. Scoring century in the debut test match is like dream come true for every player.

The test cricket has completed 142 years in 2019. The very first test match was played between Australia and England in March 1877.

There are 107 centuries have been scored by 105 players in their debut test matches.

Lala Amarnath was the first Indian batsman who had scored test century in his debut match. Mohammad Azharuddin is the only player to score centuries in his first three test matches. There are 15 Indian players have scored centuries in their debut test match so far.

The list of centuries by Indians in debut match is;

In the above of player’s list; Virender Sehwag is the only player who has scored 300 plus score in test matches two times.

Suresh Raina and Rohit Sharma are the only Indian players who have scored at least a century in all the three format of the International cricket.

Karun Nair and Virender Sehwag are the only players who have scored triple centuries in the test cricket. So Prithvi Shaw is the latest century scorer in the debut match while Lala Amarnath was the first player.