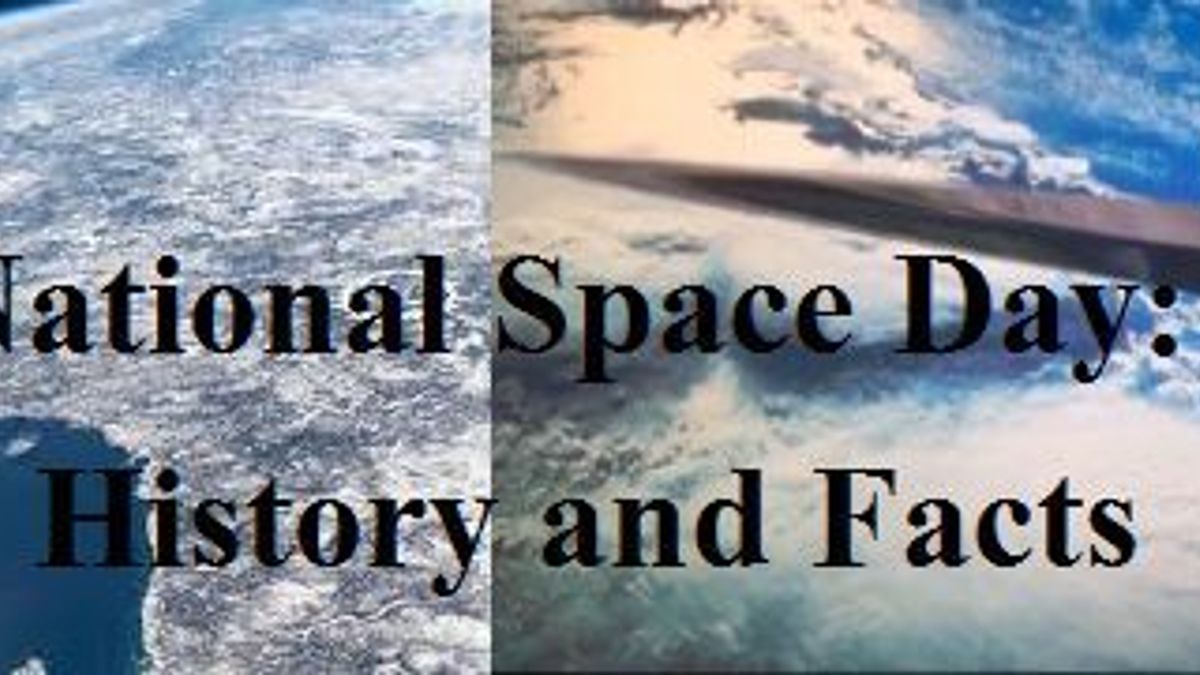 As we know that Space or outer space is the vast empty region between planets and stars. The study of outer space, astronomical objects and other is known as astronomy. Do you know that the space exploration began with the launch of Sputnik 1, the first manmade object to orbit the Earth?

Further an unimaginable achievement came that is in 1969 Neil Armstrong and Buzz Aldrin travelled to the Moon and set the foot on its surface during the Apollo 11 mission.

National Space Day aims to promote math, science, technology, engineering education in young people to inspire and motivate them to pursue a career in science especially space. This day is dedicated to those who have made an extraordinary achievements, benefits and opportunities in the exploration and use of space.

Space Day was created in 1997 by the Lockheed Martin Corporation as a one day event to observe several wonders of the unknown space where planets, stars floats and also to encourage children to have more interest in the subject science. Due to extreme popularity, former astronaut and Senator John Glenn in 2001 expanded Space Day as International Space Day.

What if an asteroid was about to hit Earth?

How National Space Day is celebrated?

This day encourage youth, public to learn more about space and space exploration. Learn about space travel, unmanned missions and theories of space. Visit libraries or bookstore and learn about the celestial bodies, comets and the planetary system. Several exhibitions were held, people visit museums and learn more about astronomy. People watch some space documentaries. Read the work of astronauts throughout the decades. Spare some time and visit NASA's website or social channels and see what is new. This day is to celebrate the wonders that lie in the atmosphere, space.

Do you know that no one can hear any sound in space? As we know that sound travels from one point to another by making vibrations in molecules and atoms. As, in space, there is no air, no medium through which sound can travel.

Some interesting facts about Space

- As there is no atmosphere in space, it is completely silent. Astronauts use radio for communication in space.

- Venus is the hottest planet in the solar system with an average surface temperature of about 450 degree Celsius. We know that Mercury is the closest planet to the Sun but it has no atmosphere to regulate temperature.

- Mars planet has longest valley and has biggest volcano. It is also known as Red planet.

- Do you know that one million Earth could fit inside the Sun and the Sun is considered an average size star?

- Do you know how many stars are there in the Space? Let us tell you that nobody knows about it. The Milky Way our galaxy, scientists predict that around 200-400 billion stars are estimated and billions of galaxies are there in space so really to cont stars are impossible task.

- Stars of the Neutron planet can spin 600 times per second.

- One day in the Venus is longer than one year.

- According to Astronomers water floats in the space. Some massive water vapour clouds are found in the space which holds about 140 trillion times the mass of water in the Earth's oceans somewhere around 10 billion light years away.

- There are mountains on the planet Pluto.

- Let us tell you that on mars the sunset appears blue.

So, National Space Day is celebrated on first Friday of May and in 2019 it is celebrated on 3 May, 2019. This day educate, encourage the youth of our nation to take science as subject and study about space exploration etc.