Param Vir Chakra (PVC) was instituted on 26 January, 1950. It is the highest gallantry award in India. No doubt it is what every army personnel dreams for. Do you know the meaning of Param Vir Chakra, why is it given, what is the eligibility criteria, who was awarded first with PVC, what are the allowances given to the awardees, etc. Let us find out! 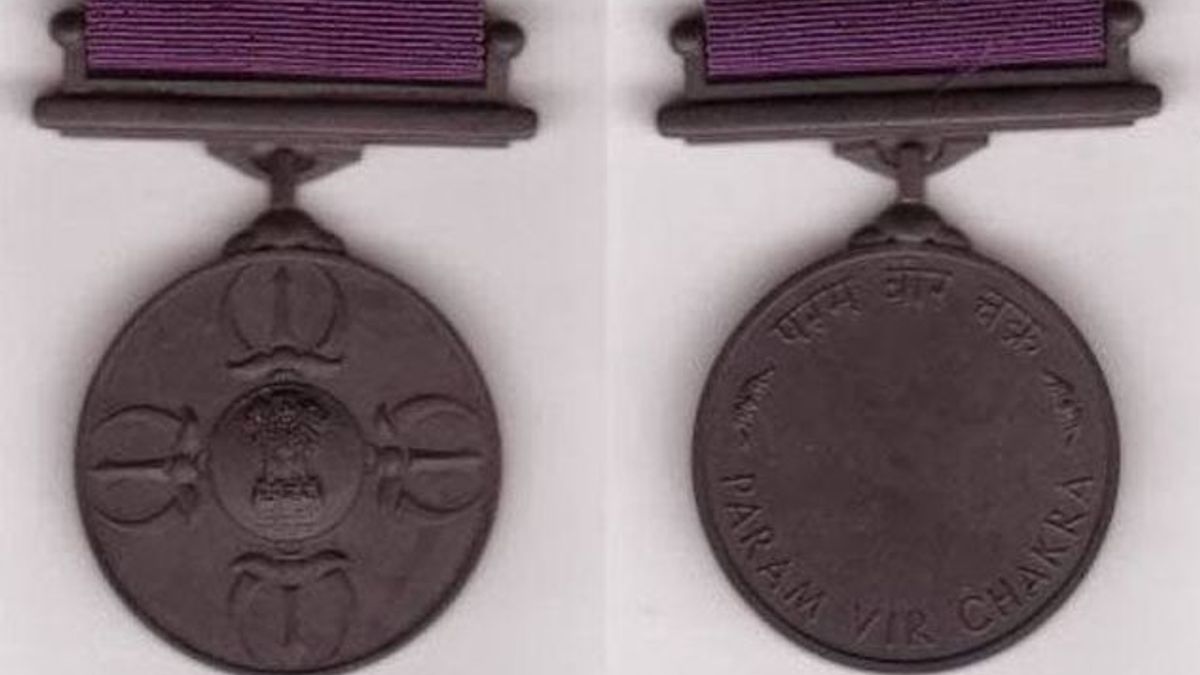 Param Vir Chakra or PVC is India's highest military decoration which is awarded for most conspicuous bravery or some daring or pre-eminent act of valour or self-sacrifice, in the presence of an enemy, whether on land, at sea or in the air. It was introduced on 26 January, 1950 on the first Republic Day. This award may be given posthumously. It is what every army personnel dreams for. Do you know when the Indian army used to work under British Army the highest honour or award given for the bravery to the soldiers was Victoria Cross?

The most supreme gallantry award conferred by India during wartime is the 'Param Vir Chakra'. In Sanskrit, Param means Ultimate, Vir (Pronounced as Veer) which means Brave and Chakra means wheel. Literally, Param Vir Chakra means 'Wheel or Cross of the Ultimate Brave'.

The Param Vir Chakra was designed by a female 'Savitri Khanolkar alias Savitri Bai' of foreign origin and wife of Vikram Khanolkar, an officer in the Indian Army. On the request of Hira Lal Atal, the first Indian Adjutant General, Major General she has designed it. Since 1950, this award is the same. None of the changes have been made in it.

Param Vir Chakra is a circular bronze medal, one and three eighth inches in diameter. On the obverse, four replicas of "Indra's Vajra" with the State Emblem (including the motto), embossed in the centre. On its reverse, it shall have embossed Param Vir Chakra both in Hindi and English with two lotus flowers between Hindi and English.  The fitting will be swivel mounting. The whole disc is suspended from a suspension bar with a purple ribbon through it.

If any recipient of the Param Vir Chakra shall again perform such an act of bravery and have made him or her eligible to be recorded by a Bar to be attached to the riband by which the Chakra is suspended. And for every such act of bravery, an additional Bar shall be added and any such Bar or Bars may also be awarded posthumously. Let us tell you that for every Bar a replica of the 'Indra Vajra' is awarded in miniature which shall be added to the riband when worn alone.

Param Vir Chakra is the equivalent award of the Medal of Honour in the United States and the Victoria Cross in the United Kingdom.

Who was awarded the first Param Vir Chakra?

The first Param Vir Chakra was awarded to Maj. Somnath Sharma posthumously for his exemplary courage.

Till now, how many people are awarded Param Vir Chakra in India?

Who got Param Vir Chakra for Kargil?

In 1976, the Indian Postal Department issued a stamp depicting the Param Vir Chakra medal. In 2000, 4 more were released depicting various recipients. On the stamps, the brave soldiers were: Lance Naik Karam Singh, Lance Naik Albert Ekka, Company Quarter Master Havildar Abdul Hameed, and Flying officer Nirmal Jit Singh Sekhon. Not only this, in 1988, a serial on Indian Television was made which depicts various stories of the winners of Param Vir Chakra.

The following categories of persons shall be eligible for the Param Vir Chakra:
a. Officers and men and women of all ranks of the Naval, Military, and Air Forces, of any of the Reserve Forces, of the Territorial Army, Militia, and of any other lawfully constituted Armed Forces.

b. Matrons, Sisters, Nurses, and the Staff of the Nursing Services and other Services pertaining to Hospitals and Nursing, and Civilians of either sex serving regularly or temporarily under the orders, directions, or supervision of any of the above-mentioned Forces.

On what basis the Param Vir Chakra award is given?

The Param Vir Chakra is awarded for most conspicuous bravery or some daring or pre-eminent act of valour or self-sacrifice, in the presence of the enemy, whether on land, at sea, or in the air. It is announced twice in a year- first on the occasion of the Republic Day and then on the occasion of the Independence Day. It is awarded by the President of India and is given equally to the brave soldiers of the three wings of the Army. There is also no discrimination between male or female while presenting this award.

The monthly allowance for post-independence Param Vir Chakra awardees will be Rs 20,000 after an increased allowance with retrospective effect from 1 August, 2017. Gallantry award winners do also get one-time cash awards from their state governments but they vary widely with no uniformity. Upon the death of the recipient, the pension is transferred to the spouse until their death or remarriage. In the case of a posthumous recipient who is unmarried, the allowance is paid to their parents. But if the award is being conferred posthumously on a widow or widower, the allowance is to be paid to their son or unmarried daughter. Let us tell you that the pension benefits and amount of the award are exempted from income tax.

So, now you may have come to know about the Param Vir Chakra award, winners, criteria to give an award, PVC winners allowances, rewards etc.