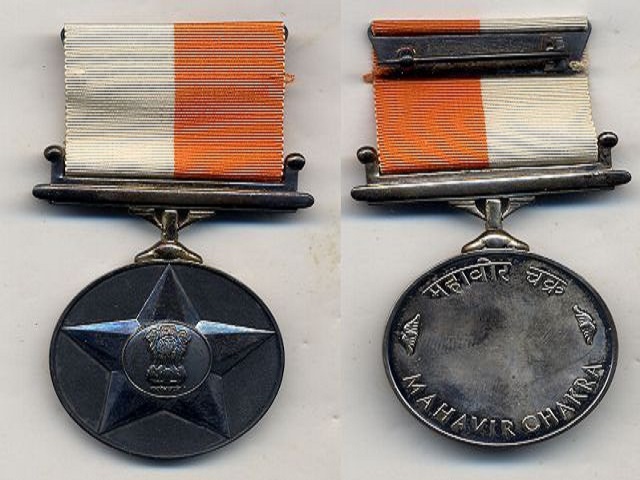 The conclusion of British Rule in India saw the end of the old institution of British awards and honours. British awards were basically made to please the anti-India elements. So after Independence; India changed this practice and introduced the first three gallantry awards namely;

These awards were instituted by the Government of India on 26th January 1950 which were deemed to have effect from the 15th August 1947.

These Gallantry Awards are announced twice in a year;

1. The occasion of the Republic Day

2. The occasion of the Independence Day

Param Vir Chakra (PVC) is the highest gallantry award for officers and other enlisted personnel of all military branches of India for the highest degree of valour in the presence of the enemy.

In this article, we have explained some interesting facts about the Mahavir Chakra.

The most MVCs awarded in a single conflict were in the Indo-Pakistan War of 1971 when eleven awards are given to the Indian Air Force alone.

Till 2017, there are around 218 personnel have been awarded from this medal.

About the Formation of Medal:

1. The medal is circular in shape and made of standard silver, and is embossed on the obverse a five-pointed heraldic star with the points of the star just touching the rim.

2. The medal shall be one and three eighth inches in diameter.

3. The State emblem (including motto) is embossed in the center-piece.  The star is polished and the centre piece is in gold gilt.

Personnel Eligible: The following categories of personnel shall be eligible for the Mahavir Chakra:-

1. Officers, men and women of all ranks of the Army, the Navy and the Air Force, of any of the Reserve Forces, of the Territorial Army, Militia and of any other lawfully constituted Armed Forces. 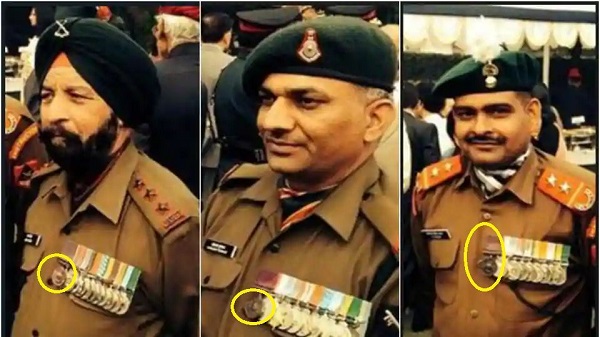 2. Matrons, Sisters, Nurses, and the staff of the Nursing Services and other Services pertaining to Hospitals and Nursing and Civilians of either sex serving regularly or temporarily under the orders, directions, or supervision of any of the above-mentioned Forces.

Conditions of Eligibility: The medal is awarded for gallantry in the presence of the enemy on land, at sea or in the air.  The decoration may be awarded posthumously.

Monetary Allowance:  Rs. 10,000/- pm and each bar to the decoration will carry the same amount of monetary allowance as admissible to the original award with effect from August 1, 2017.

Gallantry award winners do also get one-time cash awards or plots from their state governments but they vary state to state.

In conclusion, it can be said that any award is encouraging for any military personnel for his/her contribution to serve the motherland.