Padma Awards (The Award of Excellence): 14 Facts at a Glance 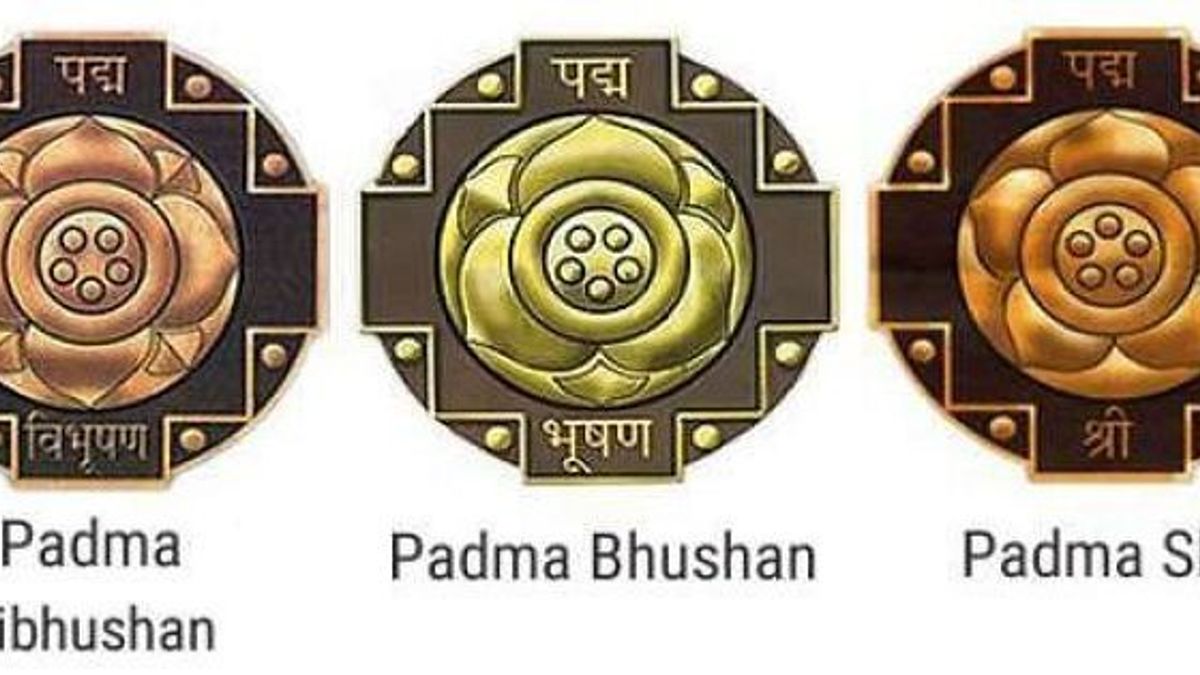 Padma Awards - one of the highest civilian Awards of India, are conferred in three categories, namely, Padma Vibhushan, Padma Bhushan and Padma Shri.

The awards are announced on the occasion of Republic Day every year.

How Padma Awardees are selected?

The recommendations for Padma Awards are received from the State Governments/Union Territory Administrations, Central Ministries/Departments, Institutions of Excellence, etc. which are considered by an Awards Committee. On the basis of the recommendations of the Awards Committee, and after approval of the Home Minister, Prime Minister and President, the Padma Awards are announced on the eve of the Republic Day.

Padma Awards were instituted in the year 1954.These awards have been announced every year on Republic Day except brief interruption(s) during the years 1978, 1979 and 1993 to 1997.

1. The award seeks to recognize work of any distinction and is given for distinguished and exceptional achievements/service in all fields of activities/disciplines, such as Art, Literature and Education, Sports, Medicine,Social Work, Science and Engineering, Public Affairs, Civil Service, Trade and Industry etc.

2. There ought to be an element of public service in the achievements of the person to be selected. It should not be merely excellence in a particular field but it should be excellence plus.

3. All persons without distinction of race, occupation, position or sex are eligible for these awards.

4. However, Government servants including those working with PSUs, except doctors and scientists, are not eligible for these Awards.

5. The award is normally not conferred posthumously. However, in highly deserving cases, the Government could consider giving an award posthumously if the demise of the person proposed to be honoured has been recent, say within a period of one year preceding the Republic Day on which it is proposed to announce the award.

6. A higher category of Padma award can be conferred on a person only where a period of atleast five years has elapsed since conferment of the earlier Padma award. However, in highly deserving cases, a relaxation can be made by the Awards Committee.

7. It is the usual practice to invite recommendations every year from all State / UT Governments, Ministries/Departments of the Government of India.

8. The Padma Awards Committee is constituted by the Prime Minister every year.

9. The recommendations made by the Awards Committee are submitted to the Prime Minister and the President for their approval.

10. The total number of awards to be given in a year (excluding posthumous awards and to foreigners) should not be more than 120.

11. The names of the awardees are published in the Gazette of India;the President may cancel and annul the award of the decoration to any person.

12. The Awards are announced on 26 th January every year and are presented by the President of India in an awards presentation ceremony held at Rashtrapati Bhavan. The ceremony is generally held in the month of March/April.

13. The award does not amount to a title and cannot be used as a suffix or prefix to the awardee’s name on letterheads, invitation cards, posters, books etc. In the case of any misuse, the awardee will forfeit the award.

14. No cash allowance or any facility/benefit in terms of concession etc. in rail/air travel is attached to these awards.

In the year 2018; 85 recipients have been selected for the prestigious awards. This includes 3 Padma Vibhushan, 9 Padma Bhushan and 73 Padma Shri awards. Fourteen of the awardees are women, while 16 persons are foreigners and 3 are being awarded posthumously.

In 2019 the President of India has approved conferment of 112 Padma Awards. The list comprises 4 Padma Vibhushan, 14 Padma Bhushan and 94 Padma Shri Awards.  Out of 112 Padma awardees, 21 of the awardees are women and 11 persons from the category of Foreigners/NRI/PIO/OCI,3 Posthumous awardees and 1 transgender person. 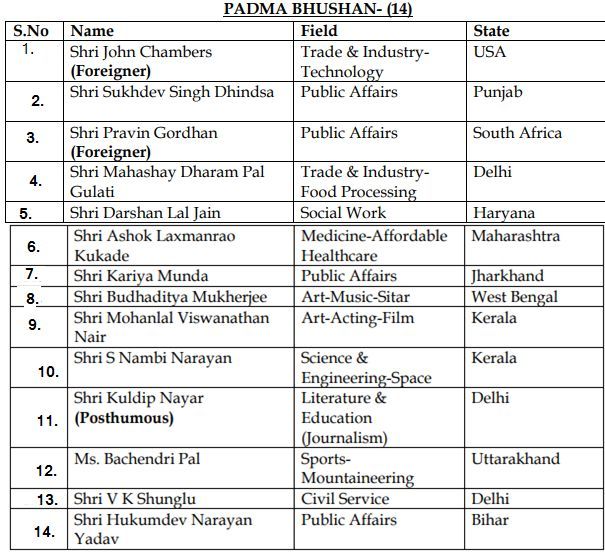 The Padma awards are announced on the occasion of Republic Day every year.These awards are conferred by the President of India at ceremonial functions which are held at Rashtrapati Bhawan usually around March/ April every year.
It is worthy to say that sometimes the Padma awards becomes disputed because of their political influence.