Ram Navami 2021: The Ramayana describes the various events related to the life of Lord Rama. Let us have a look at 11 unknown facts about Lord Rama on the occasion of Ram Navami.

Ram Navami 2021:  Lord Rama was the son of King Dasharatha and Rani Kaushalya of Ayodhya. It is believed that Lord Rama was born on the day of "Ram Navami". Ramayana was first composed by Maharishi Valmiki. Since then various people have composed Ramayana in different languages, in which Tulsidas's "Ramcharitmanasram" is the most famous.

Lord Rama is considered to be the 7th incarnation of Lord Vishnu in 10 incarnations. Before Lord Rama, Lord Vishnu avatars are Matsya (fish), Kurma (tortoise), Varaha (boar), Narasimha (man and lion), Vamana (dwarf), and Parshurama while later as Krishna, Buddha, and Kalki (to be incarnate).

Lord Rama is known to be the oldest deity worshipped in human form, as Lord Rama was born in Treta Yuga and it is believed that Treta Yuga has ended 1,296,000 years before today. In addition to Lord Rama in Treta Yuga, Lord Vishnu incarnated as Vamana and Parashurama. 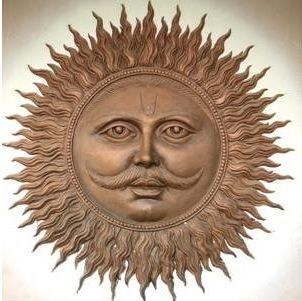 Lord Rama was born in the "Ikshvaku" dynasty, which was founded by "King Ikshvaku", son of Lord Surya. That is why Lord Rama is also called "Suryavanshi".

5. The naming of Lord Rama

Lord Rama was named by the Guru of Raghuvanshi, Maharishi Vashistha. According to Vasishtha, the word "Rama" is made up of two spores (bijakshara), "Agni Beej" and "Amrit Beej". These letters provide strength to the mind, body, and soul.

6. Three times the pronunciation of the name Rama is like remembering thousands of gods.

It is mentioned in the Mahabharata that once Lord Shiva said that reciting the name of Rama thrice gives the grace equal to pronouncing the names of thousand deities. You will be surprised to know that Lord Shiva is also the name of Lord Rama in meditation. Let's spell it out.

7. The one who defeated Lord Rama in the battle

8. Construction and length of Ram Setu

Ram Setu was built by the Vanar Sena, starting from Rameswaram in Tamil Nadu to Mannar in Sri Lanka. The main craftsmen of this bridge were "Nal" and "Neel". The length of this bridge was about 30 km and it was built in 6 days. 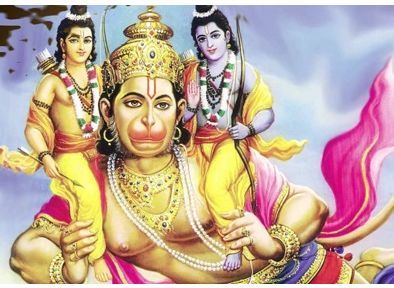 Lord Rama ruled the kingdom of Ayodhya for eleven thousand years. This golden period is known as "Rama Rajya".

It is believed that when Sita abandoned her body after being absorbed in the earth, Rama abandoned the earth after taking water Samadhi in the Saryu River.

Lord Rama has presented the ideals of the right path for us. Ram Navami is a day to remember and adopt all those things in life. So this Ram Navami, let us all adopt the great ideals of Lord Rama in life and his blessings.