Sambit Patra Biography: National Spokesperson of BJP Sambit Patra has been hospitalised in Medanta Hospital Gurgaon after he showed symptoms of COVID-19. 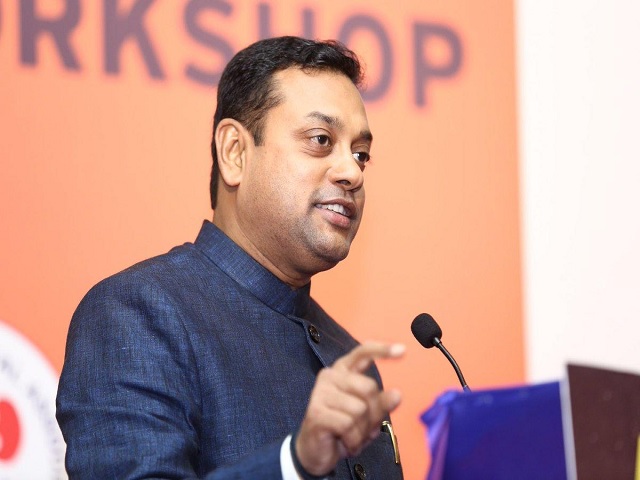 1- In 2006, Sambit Patra started an NGO named Swaraj to improve health and education of Dalits and Adivasis, especially in Odisha and Chhattisgarh.

2- In 2010, Sambit Patra was appointed as the spokesperson of Delhi BJP.

3- In 2012, Sambit Patra reigned as the Medical Officer to focus on politics. He fought Municipal Elections as BJP's candidate from Kashmiri Gate, Delhi but lost the elections.

4- In 2014, Sambit Patra campaigned for the Lok Sabha elections and became a known face on the national television. After BJP achieved an absolute majority in 2014 elections, Sambit Patra was appointed as the National Spokesperson of BJP.

5- In 2017, Sambit Patra was appointed as the non-official director of ONGC by the ACC ( Appointments Committee of the Cabinet).

1- In February 2016, Sambit Patra showed up a manipulated image of the  Raising the Flag on Iwo Jima and claimed that they are Indian Army soldiers on India's border. However, the actual image was from World War II.

3- In August 2017, Sambit Patra tweeted a picture of the former Vice President of India from 2015 which heated up a controversy that the latter was being disrespectful by not saluting the commanding officer leading the parade. However, the correct protocol was that only the President of India would salute in return to the commanding officer leading the parade.

6- In May 2020, a non-cognizable report has been filed against Sambit Patra for making false comments and defaming former Prime Ministers of India-- Jawaharlal Nehru and Rajiv Gandhi.