Can You Spot 5 Differences Between These Pictures Within A Minute?

Spot The Difference: Here is another test for you which is a little different that the regular Optical Illusion Tests. This brain-eye coordination test asks you to spot the differences between the two identical images given below within a minute.

These days Optical Illusion, Brain Teasers, and Personality Tests are governing the internet due to their brain-tickling effects. Who does not like a good puzzle? Today, we bring you something different from the daily routine. It is called Spot The Difference. The test boggles your brain to its limit and gives you the required adrenaline rush for the day.

No, this is no optical illusion or this test does not provide you insights into your personality. But this test will provide you with the satisfaction of achievement and the required brushing up of your cognitive skills. Nothing tests your eye-brain coordination more than a test to spot the differences between two identical images.

Take a look at the rules you need to follow in this brain test below.

Can you spot a giraffe who does not have a twin in this optical illusion image?

Spot The Difference: Take a look at the two images below

You need to find all five differences between the images within a minute. No peeking below before a minute.

Can You Spot The Real Dog Hidden In This Optical Illusion Picture In 15 Seconds?

1. The key is in the buttons of the snowman:

Clearly, the boy forgot to put all the buttons in the image below. 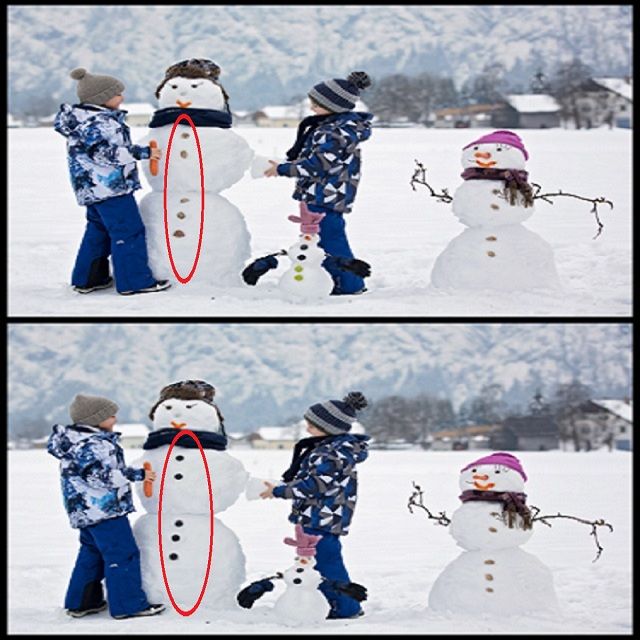 2. The second difference can be seen in the tiniest snowman. Again the key in the buttons 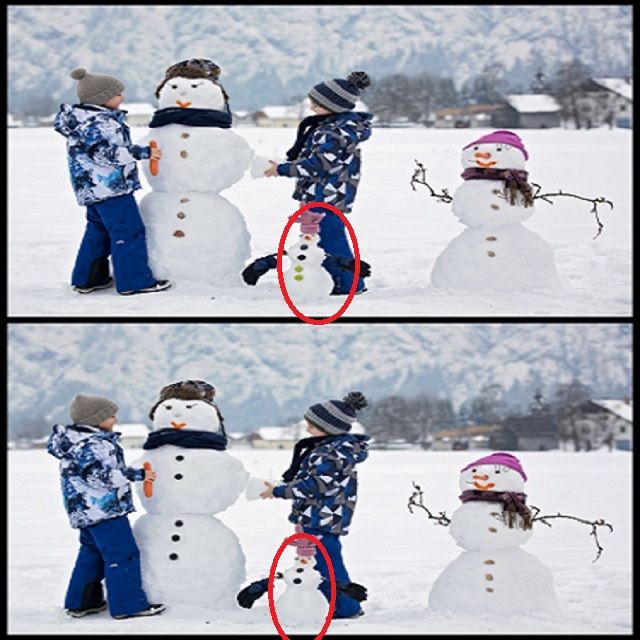 3. The third difference is in the boy's cap.

The first cap in our opinion is cuter than the second. Don't you agree? 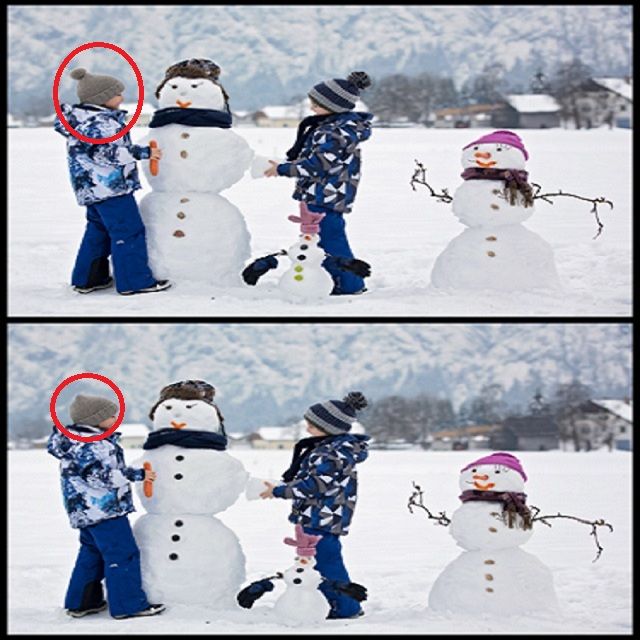 4. The fourth difference can be seen in the snowman built behind the other boy on the right. "Hey where are my extra buttons?",  asks the other snowman. 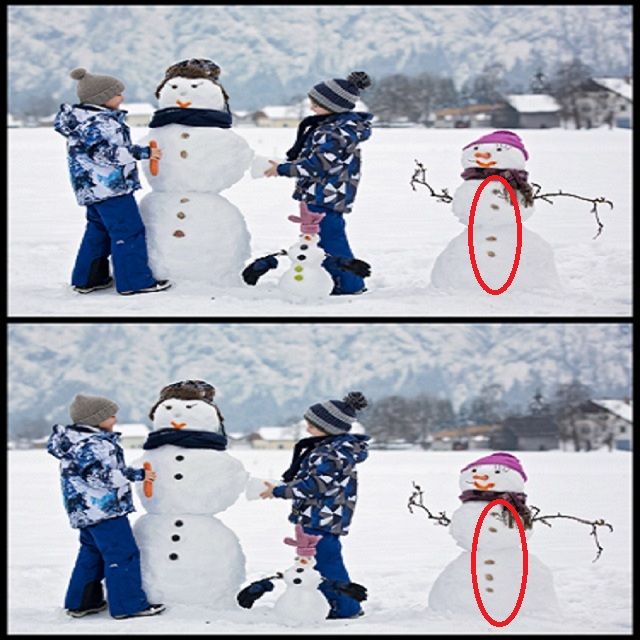 5. The last difference can be seen in the background.

It snowed on one roof and not on the other? Maybe the residents planned a cleaning drive before the other party. 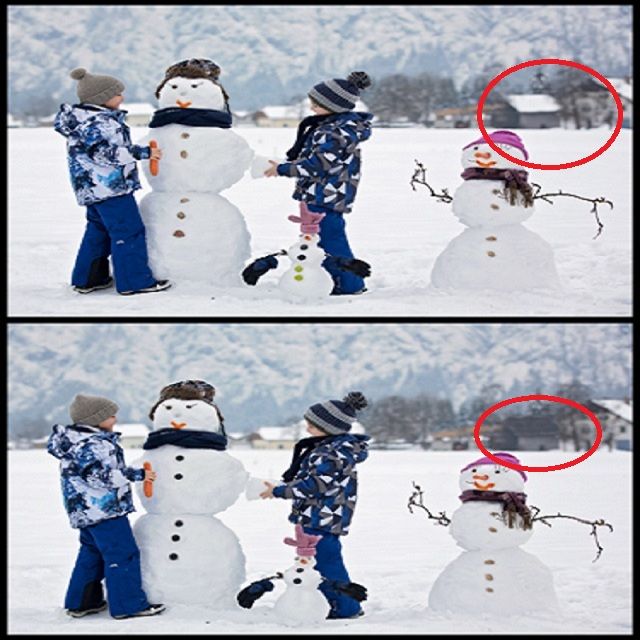 We hope you enjoyed this puzzle today. We will come back with another brain-boggling exercise soon. Till then you may find these interesting:

Optical Illusion: What is Odd In Adele's Picture? Did You Notice?

Optical Illusion: Only 2% Can Spot Two Animals In The Picture Within 20 Seconds, Can You?