People across the world witnessed the biggest and brightest moon of the year on April 8 at 2:35 am GST (8:05 am IST). Out of the three supermoons this year, April's supermoon was closest to the Earth due to its orbital path. People in India can watch this phenomenal sight via live streaming. 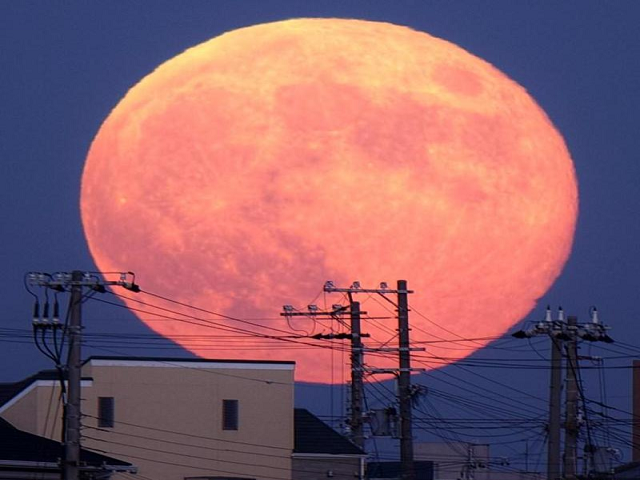 The April Full Moon which is also a supermoon too left people stunned across the globe. The biggest and brightest moon of the year is witnessed on April 8 at 2:35 am GST (8:05 am IST). Out of the three supermoons this year, April's supermoon was closest to the Earth due to its orbital path and thus it appeared 7 times bigger and 15 times brighter than the average full moon. In a bad piece of news, people in only some parts of India witnessed the Pink Supermoon as at that time it was broad daylight. However, they can still watch this phenomenal sight via live streaming. Let's unveil more about the Super Pink Moon below.

What is a Supermoon?

The term Supermoon was coined by astrologer Richard Nolle in the year 1979 and is in use since then. A Supermoon orbits closest to the Earth and due to this reason, it appears bigger and brighter. This month's Supermoon is said to be 356,907 km away from Earth. The average distance between Earth and the Moon is 384,400 km.

What causes a Supermoon?

Why the April full moon is traditionally called a Pink Moon?

April full moon is traditionally called a Pink Moon as the naming process depends upon the native American regions along with the seasons there. The Pink Moon refers to the pink coloured flower named Phlox Subulata that blooms during the spring season in the eastern side of North America.

When was the last Supermoon of the year 2020?

The last Supermoon was the Super Worm Moon that appeared between 9 March to 11 March.

How to watch the Super Pink Moon in India?

It must be noted that each month's full moon has its own unique name and is given by Native Americans after nature's cues. The moon-gazers in India might be disappointed but they can still watch the live streaming on the YouTube channel Slooh.