What are Chemical Weapons, types and impact

Use of Chemical Weapons began in World War I. Such weapons consists of various chemicals like chlorine, phosgene etc. Chemical weapons can be used in any form whether gas or liquid. Let's study through this article about chemical weapons, its impact on the body, types of chemical weapons etc. 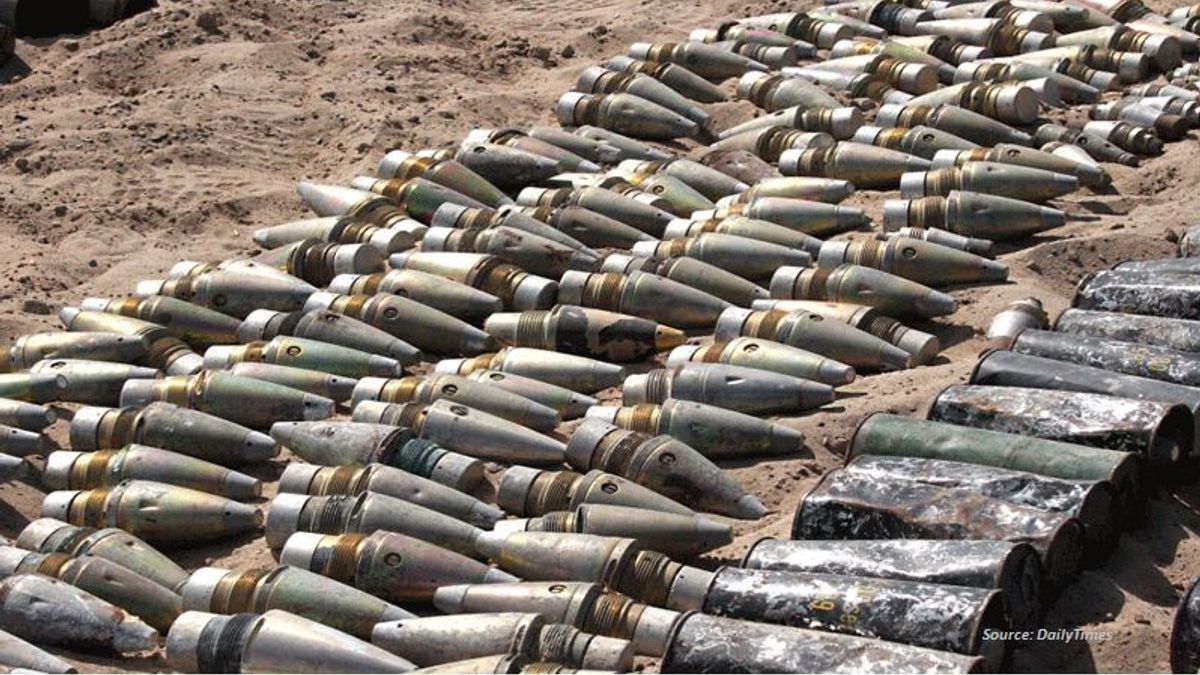 What are Chemical weapons and its types

You must have heard about weapons. Any type of weapon is dangerous, and most often are used to kill and cause injury. Weapons are of various types like chemical weapons, biological weapons etc. Chemical weapons are used in chemical attack, arms conflict and a true weapon of mass destruction. Do you know that first time chemical weapons are introduced in World War I when Germany released chlorine gas from pressurised cylinders? Let's study through this article about chemical weapons, its impact, why and how they are dangerous, types of chemical weapons etc.
What are Chemical Weapons?
Chemical Weapons are any toxic chemical which can cause death, injury, sensory irritation, in incapacitation. It is deployed via artillery shell, rocket or ballistic missile.  These weapons are used in any form solid, liquid or gas. They spread so fast that can take thousands of lives in few minutes. According to the scientists, reserves of chemical weapons can end life on Earth many times.
Do you know what is Chemical Attack?
A chemical attack is the deliberate release of toxic liquid, solid or gas that can poison the environment as well as the people.  In chemical weapons various chemicals are added like toxic gas oxime, lewisite, sulphur mustard, nitrogen mustard, sarin, toxic gas chloride, hydrogen cyanide, phosgene, dy phosgene etc.
How Chemical Weapons affect our body?
When chemical weapons are exposed to the environment, due to the presence of poisonous gas, solid or liquid in them, not only the population but other populations of the world gets affected.  People suffer from several diseases like breathing problem, choking, sensory irritation, causes damage to central nervous system, watery from the eyes, such chemicals infuses with blood, excess of water comes from nose etc. and also causes death. The main risk is when such chemicals migrate into the ground and affects the food chain.

Types of Chemical Weapons
1. VX: It is a compound belongs to organophosphate class which is a very poisonous chemical mixture. It is slightly oily in appearance. It is odourless and tasteless. It was prepared in the form of pesticide. It paves an impact on the nervous system of the human body because it affects the transmission of nerve impulses. When it is released in to the atmosphere, slowly it evaporates. It is fast-acting agent. After exposure symptoms can occur in few seconds. It is quite stable due to which it sticks to the skin, cloth and other things and lasts for a long time. In the human body glands and muscles slowly stops working. Due to muscle spasm, people become tired. Death may also cause due to asphyxiation or heart failure.
2. Sarin: Do you know that in 1938, few German scientists had prepared this chemical weapon? Like VX it was also prepared to kill harmful pests, as insecticides. It is also known as nerve gas and being volatile it easily converted into gas. It is odourless and colourless liquid at room temperature, but evaporates rapidly when heated. It is quite unstable, due to which it quickly turns into harmless compounds. It also affects the nervous system of the human body. The patient's muscles paralyse gradually, the water from the nose and eyes starts falling and suddenly people may die.
3. Tabun:  It was discovered in 1936 by Gerhard Schrader. It also belongs to the class of organophosphate compounds which kill insects by affecting the nervous system. It is clear, colourless and tasteless liquid which smells like fruit. It has never been used yet. It is classified as a nerve agent because it interferes with the functioning of nervous system.  When it is exposed to the skin or body, the symptoms are similar to the Sarin, a chemical weapon.

4. Mustard Gas: It was first used during the First World War and also known as sulphur mustard. When it is exposed to the environment, automatically it makes hole in the cloth and get inserted into the human body. It directly affects the Victim’s eyes, respiratory system and skin. Eyes will swell, tear and possibly go blind a few hours after exposure. When inhaled or ingested, victims will experience sneezing, hoarseness, coughing up blood, abdominal pain and vomiting. When it is exposed to skin, it reddens, burns for few hours, large blisters appear and cause severe scarring and pain. This gas was first used in World War I.
5. Phosgene Gas: Do you know that this gas is usually used to make plastic and pesticide? But it is also one of the most dangerous weapons. When the person comes in contact with it, breathing problem, suffocation, water comes out from the nose and severe cough etc.
6. Chlorine: We all know that it is used for making pesticides, rubber, for cleaning purpose etc. But if it is used in more quantity, it can be deadly. When it enters the body, it directly affects lungs and in a very short span of time he or she may die.
Therefore, now we have understood that chemical weapons are mass destructive weapons that cause serious threat to life and environment. Even when a person inhales these chemicals as a vapour, they have the ability to burn a victim’s windpipe and lungs leading to their death.

What is Green Muffler and how it is related with pollution