Glioblastoma or GBM Grade IV is a tumour that occurs in the brain. Do you know about the causes, symptoms, and treatment of the disease? Let us find out! 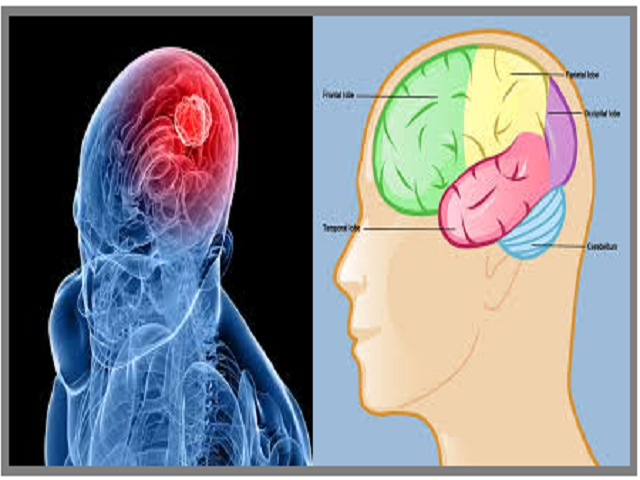 Glioblastoma is also known as Glioblastoma Multiforme (GBM) which is a type of brain cancer. Among adults, it is most common type of malignant brain tumour. Basically, it is a malignant Grade IV tumour which spread quickly and grows fast in brain.

Let us tell you that there are multiple grades of gliomas i.e. grade II, III and IV but the grade IV is most malignant. Glioblastoma is considered as grade IV tumour.

Where it occurs in the brain?

Glioblastoma is a type of cancer that forms in the brain from star-shaped cells known as astrocytes and the cancer is also called astrocytoma. It starts in adults in the largest part of the brain that is the cerebrum. This type of tumour doesn’t need blood from anywhere they supply itself due to which they grow easily and quickly.

We can say that Glioblastomas occur is the lobe of the brain, stem of the brain and cerebellum. But more commonly occur in the frontal and temporal lobe.

Is this cancer is common?

What are the symptoms of Glioblastoma Cancer?

It depends upon the location where the tumour is located in the brain, from where it originated, the rate of growth, etc. Also, symptoms depend upon the fluid that surrounds the tumour and causes brain swelling.

Common Symptoms are as follows:

- Trouble in thinking or memory loss

- Mood swings and changes in personality

- Disturbance in speech or problem in speaking

- Weakness or sensory changes of face, arm or leg

Now the question arises that how Glioblastoma tumour is diagnosed?

The diagnosis of Glioblastoma tumour is done by a neurologist, a doctor who has specialisation in diagnosing and treating disorders of the brain. Several tests, MRI or CT scan are performed which depends upon the symptoms of the patient.

Procedure for the treatment of Glioblastoma

The main focus of the doctors is to slow and control the growth of the tumour as much as possible. The treatments given to the patients are surgery, radiation therapy, Chemotherapy, and Electric field therapy.

The first treatment given to the patient is the surgery. Doctors remove tumour in high-risk areas of the brain as much as possible.

In a Radiation treatment, the leftover tumour is killed and slowed the growth of the tumour which can't be removed from the surgery.

In Chemotherapy, the most common type of drug given to the patient by the doctors is Temozolomide for glioblastoma. This therapy causes short-time side effects but is much less toxic.

Surgically glioblastoma is not curable, only the good part is to remove the tumour as much as possible. But in radiation and chemotherapy treatment progression of the tumour can be delayed.

Tumour Treating Fields (TTFields) treatment is also sometimes offered in combination with chemotherapy. We can't ignore that standard care of treatment for newly diagnosed GBM depends on several factors including molecular biomarkers (MGMT status & IDH mutation) and age. Recurrent GBM is treated based on the response of patients to initial treatments and assessment of disease progression.

No doubt palliative care is important for the patient who is suffering from this disease. It includes taking care of pain and also emotions the person suffers during the course of this disease.

Do you know that your brain has a “Delete” button?