The Department of Industrial Policy and Promotion (DIPP) under The Ministry of Commerce and Industry has notified the National Manufacturing Policy (NMP) on November 4, 2011. The main objective of this policy is to enhance the share of manufacturing sector in GDP to 25% and creating 100 million jobs over a decade. 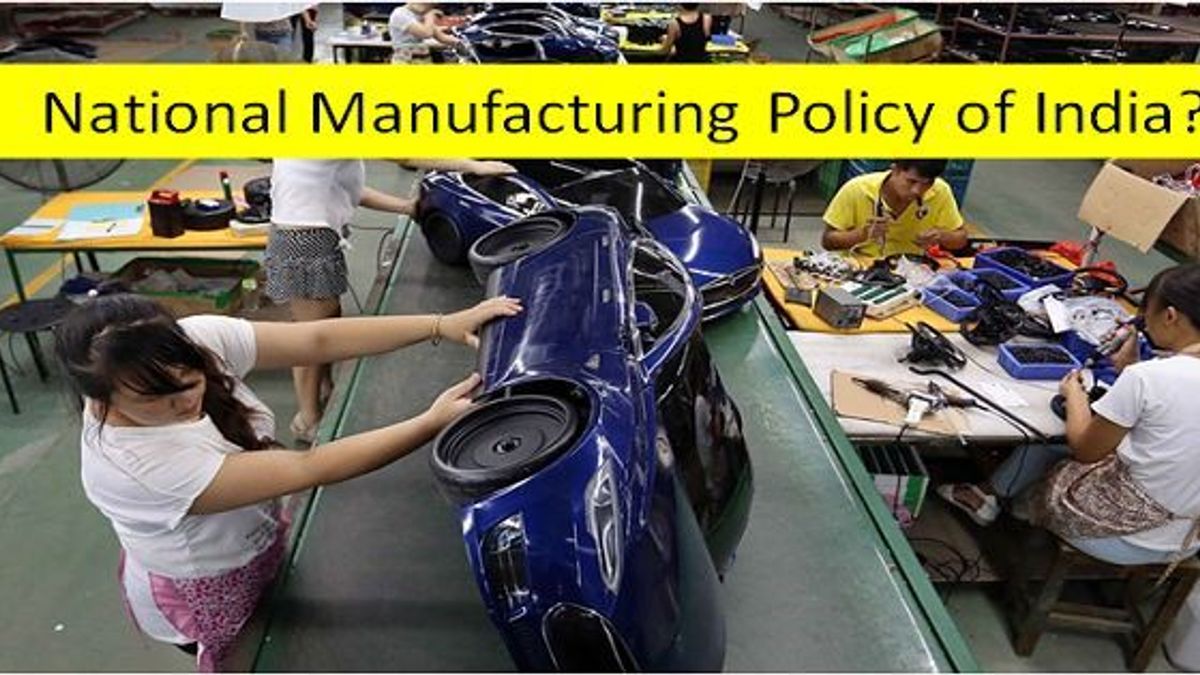 Broadly Indian economy is divided into three sectors i.e. Primary, Secondary and Tertiary sector. Primary sector consists of Agriculture, fisheries and allied activities. Secondary sector is related to Industry, while manufacturing industry is one among many industries. The third sector is tertiary sector which is composed of the service sector.

The Department of Industrial Policy and Promotion (DIPP) under the Ministry of Commerce and Industry has notified the National Manufacturing Policy (NMP) on November 4, 2011. The main objective of this policy is to enhance the share of manufacturing sector in GDP to 25% from 16% of the present and creating 100 million jobs by 2022.

In today’s scenario, China is known as the manufacturing hub in the world. China’s manufacturing sector is contributing around 34% in its economy. As we know Indian market is filled up by the cheap products manufactured in China. So in the same way Indian policy makers also want to make India a manufacturing hub so that the industrial growth of the economy can be increased with adequate employment generation.

The contribution of the manufacturing sector in Indian GDP is around 16%, which is much below its potential and in comparison of other big economies of the Asia continent.

The NMP is based on the principle of industrial growth in partnership with the states. The central government will create the enabling policy framework; provide incentives for infrastructure development on a Public Private Partnership (PPP) mode.

The National Manufacturing Policy seeks to empower rural youth by providing necessary skills to make them employable. India is a young country with over 60% of its population in the working age group.

3. Rationalization and simplification of business regulations.

4. Simple and expeditious procedure for closure of units.

5. Financial and institutional mechanism for technology development including green technology.

National Investment and Manufacturing Zones (NIMZs) are an important instrumentality of the Policy. These zones have been conceived as large integrated industrial townships. So far 14 NIMZs have been granted in-principle approval.

So with the help of National Manufacturing Policy government of India want to increase the contribution of the manufacturing sector in the GDP like service sector, which is considered as the backbone of the Indian economy.