TRP is known as Television Rating Point. It shows the rating of the TV channel and the serial viewed most. Let us have a look at TRP, what is TRP rating, what is the effect on the program or the channel of TRP and how is it calculated etc. 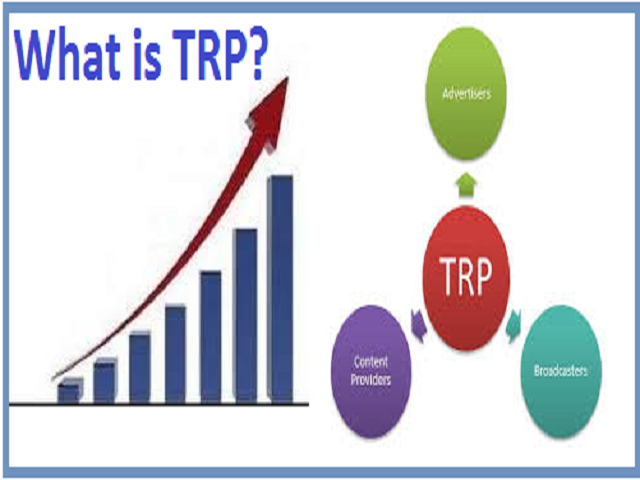 According to Mumbai Police, three TV Channels, including Republic TV, are being probed on charges of TRP or Television Rating Points manipulation. Param Bir Singh, Mumbai Police Commissioner said that Republic TV, headed by Arnab Goswami and two other TV channels - Fakt Marathi and Box Cinema are under scrutiny for manipulating ratings.

Most of the times we have seen people watching TV and we heard about the TRP of channel or programme like the TRP of a channel is increasing day by day and so on.

Do you know how to calculate the TRP of a TV channel as well as shows running on a channel? Various factors are there that define the TRP of a TV channel or programme. TRP is a well-known parameter for Television. Let us study through this article about TRP, what is the mechanism or procedure to calculate the TRP, What affect it paves to the channel or programme etc.

TRP is a Television Rating Point. It is the tool that tells us which channel and the programme are viewed most or it indicates the popularity of a TV channel or a programme. It shows how many times people are watching a channel or a particular programme. TRP enables advertisers and investors to understand the mood of the people. According to the TRP of a TV Channel or programme advertisers decide where to display their advertisements and investors will decide about the investment of the money.

How to calculate or check TRP?

Do you know that TRP is calculated by Indian agencies namely INTAM and DART? INTAM is an Indian Television Audience Measurement. Earlier, DART that is Doordarshan Audience Research TV Ratings was used to calculate these ratings as that time the only channel available was only Doordarshan.  Still, DART exists and is an agency that takes the TV viewing pattern of rural people into consideration. They randomly pick people and question them about the various channels and TV programmes and also use electronic methods to get viewership statistics.

What is barcode and how is it made?

The following two electronic methods are there for calculating TRP:

1. People meters device is installed in some places or set in selected homes to calculate the TRP. In this way, some thousand viewers are surveyed in the form of justice and sampling. These gadgets record data about the channel or programme watched by the family members or selected people. Through this meter, the information of TV channel or programme for one minute is carried out by the INTAM a monitoring team i.e. Indian Television Audience Measurement. After analysing the information, the team decides what is the TRP of the channel or programme. Or we can say that this data is later analysed by the agency to create a national TRP data of various TV channels and TV programmes.

2. Second method is known as picture matching where the people meter records a small portion of the picture that is being watched on the TV. This data is collected from a set of homes in the form of pictures and later on is analysed to calculate the TRPs.

What happens when TRP increases or decreases?

What is TRP Rate?

The TRP rate is one on which the TRP of a TV channel is calculated. TRP of any channel or programme depends upon the programme that is displayed. It can be understood that when a film star arrives in a program for the promotion of his movie, the TRP of that programme increases automatically because people like to see that film star more.

So now you might have understood that the TRP is the Television Rating Point, which helps in tracking the popularity and viewers of any program or channel.

What happens on the internet in 1 minute?