Who is Manpreet Monica Singh, the First Female Sikh Judge appointed in the United States?

Manpreet Monica Singh is appointed as the first Indian-origin female Sikh judge of the United States. She took the oath of office as a judge in Texas' Harris County Civil Court.

Indian-origin Manpreet Monica Singh has been sworn in as the first female Sikh judge of the United States. She took the oath of office as a judge in Texas' Harris County Civil Court at Law No. 4.

Congratulations Manpreet Kaur (Monica Singh) on being appointed as the FIRST FEMALE SIKH JUDGE of USA 🇺🇸 She was sworn in as a judge in the Harris County, Civil County Court at Law No. 4 in the United States. Proud moment for the Sikh community! pic.twitter.com/eMbqyEwKY8

Monica announced her candidacy in November 2021, tweeting: “Today I am excited and proud to announce my candidacy for Judge of the Harris County Civil County Court at Law No. 4. As a native Houstonian, it is my hope to represent my community that prizes diversity and servant leadership.”

Congratulations to @mpreet6 for advancing to the runoff elections for Harris County Judge at Law No.4!#Texas https://t.co/7191dh14e7

At the oath ceremony on Friday, Singh said, "It means a lot to me because I represent H-town (a nickname of Houston) the most, so for it to be us, I'm happy for it," according to a PTI report.

Do you know what is Pravasi Bhartiya Diwas and why it is important?

On July 6, Monica was born in Houston, Texas, in the United States. Early in the 1970s, her father AJ immigrated to the US as an architect after receiving a green card as a result of the Immigration Act of 1965. In addition to Klein Forest High School, the University of Texas at Austin, and the South Texas College of Law, Monica attended all three institutions while growing up in Northwest Houston. She came in second place for Houston Young Lawyers Association Most Outstanding Attorney in 2010 and won the Distinguished Member Award from the South Asian Bar Association in 2017. She has been a lawyer for 20 years, has tried over 100 cases, and is active in numerous local, state, and federal civil rights organizations.

Additionally, she serves on the boards of the Sikh Coalition, the Texas Lyceum, and the ACLU of Texas (also serving as Trustee). She also lectures regularly for the Texas Bar CLE classes and is a Chapter Representative for the elite American Board of Trial Advocates. 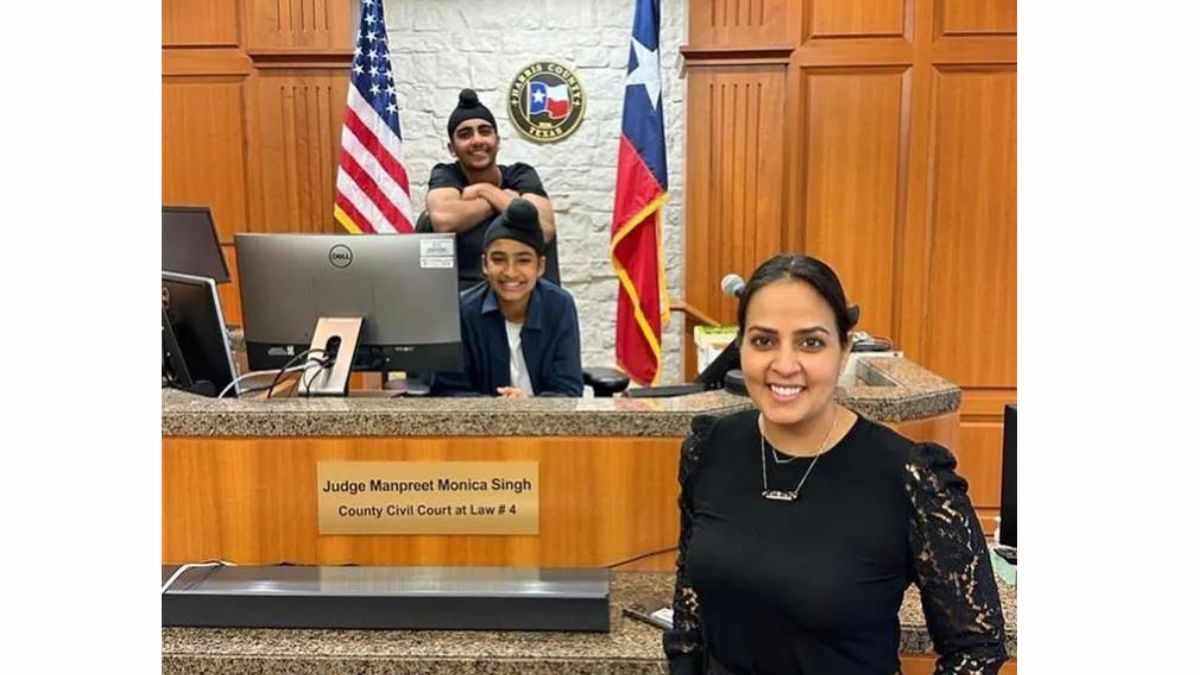 She moved to Bellaire after getting married to Mandeep in 2003 and has two kids.

The state's first South Asian judge Ravi Sandill, presided over the oath ceremony. He said, "It's a really big moment for the Sikh community." Later he added, "When they see someone of color, someone a little different, they know that possibility is available to them. Manpreet is not only an ambassador for Sikhs, but she's an ambassador for all women of colour."

Monica has been felicitated with the South Asian Bar Association Distinguished Member Award in 2017 and the Texas Diversity Champion Award from the State Bar of Texas in 2018.

All you need to know about World Hindi Day 2023