Plants are an important part of our life. With the help of photosynthesis, plants prepare their own food. They produce glucose and oxygen from carbon dioxide and water. They help us to reduce the pollution. But have you ever thought why we should not sleep under the tree at night? Let's study through this article. 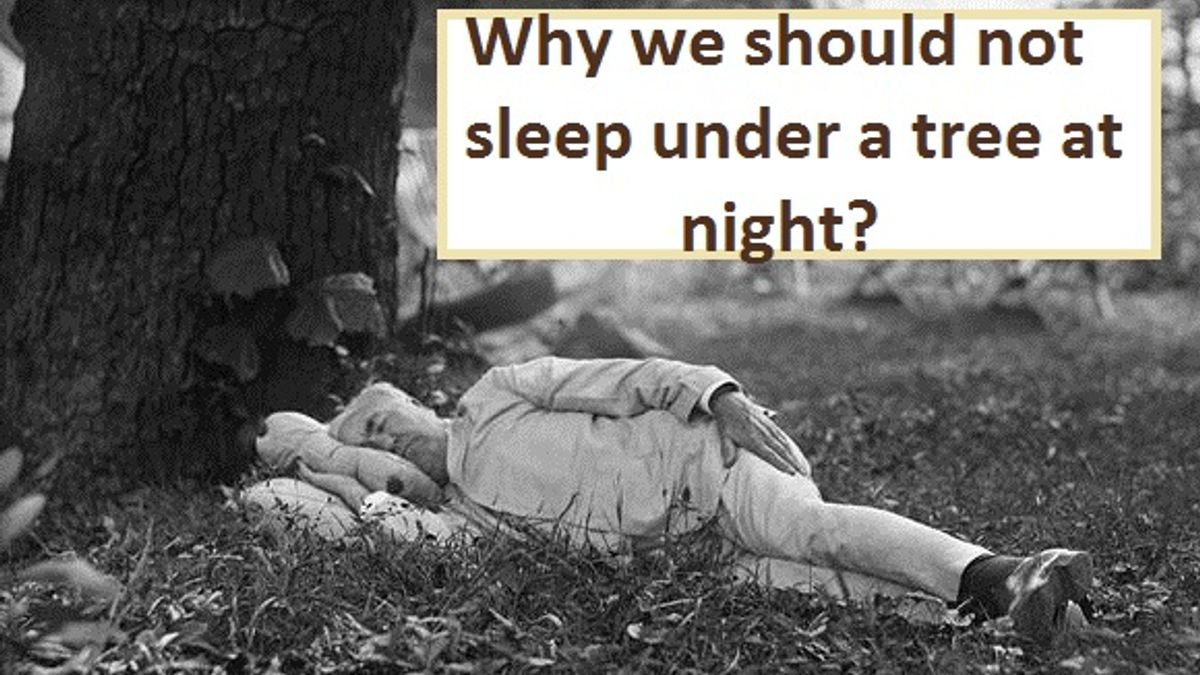 It is impossible to imagine life on earth without trees. People receive resources from trees to meet their basic needs. They also maintain the balance of the environment. But why we should not sleep under the tree at night. Let us Study through this article.
First, let us understand how Respiration occurs in the day?
While breathing, human beings take in oxygen and releases carbon dioxide. With the help of lungs exchange of gases takes place in the body. In the air about 79 percent is nitrogen, 20 percent oxygen and 1 percent other gases and water vapour and other gases contain about 0.03 percent carbon dioxide. During the respiration, food is oxidised and energy is produced.
But for respiration in the trees there is no special organ like a human being. Exchange of gases takes place through the pores of the stomata present in the leaves. Apart from this, there are some holes present on the surface of the shoots or stems and in roots exchange takes place from the surface. With the help of respiration, plants also use oxygen and produce carbon dioxide.
It would not be wrong to say that all living organisms perform respiration and that too twenty four hours. Through which energy is produced.

How Plants obtain Carbon Dioxide from atmosphere?
Now, we will understand why we should not sleep under the tree at night? 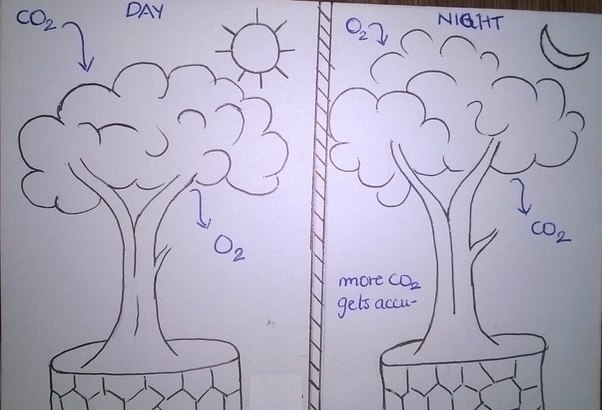 Source: www.quoracdn.net.com
In the presence of Sunlight, photosynthesis takes place in which plants produce glucose and oxygen from carbon dioxide and water. It occurs only in the parts of plants where chlorophyll is present. This means that photosynthesis is limited to the leaves, some stems of plants and does not occur at night. On the other hand, respiration runs round the clock all day and night in plants.
It is worth mentioning that in the morning all the leaves begin to make glucose with the help of carbon dioxide and water. Therefore, plants are the basis of life for all living organisms. Human beings need more energy as compared to plants and so, respiration in plants is a slow process. The carbon dioxide that is produced during respiration reaches to the empty spaces within the leaves and simultaneously photosynthesis is going on. Due to which, carbon dioxide present in the air is used and consumed by the plants. That is why we can say that during the day, plants produces oxygen and takes in carbon dioxide.
But in the night the photosynthesis stops and the respiration continue in plants. That means that oxygen is not produced by the plants at night. So, because of respiration, oxygen is utilised and carbon dioxide is continuously produced. But, during the day, carbon dioxide is used by the photosynthesis. That is, the plants leave carbon dioxide at night. On the basis of this it is that in the night if you sleep under the tree, you will not get oxygen, which can cause breathing problem, suffocation etc.
Therefore, Trees are very important for us. They keep the environment pure by helping us in reducing air pollution. The more trees the environment will be, more pure or pollution free. But at night we should not sleep under the tree.