Plants do not move from one place to another, but they also show movement in response to the external stimulus. There are various types of movement shown by plants. It may or may not be a growth movement. This article deals with nastic movement in plants, its types and examples. 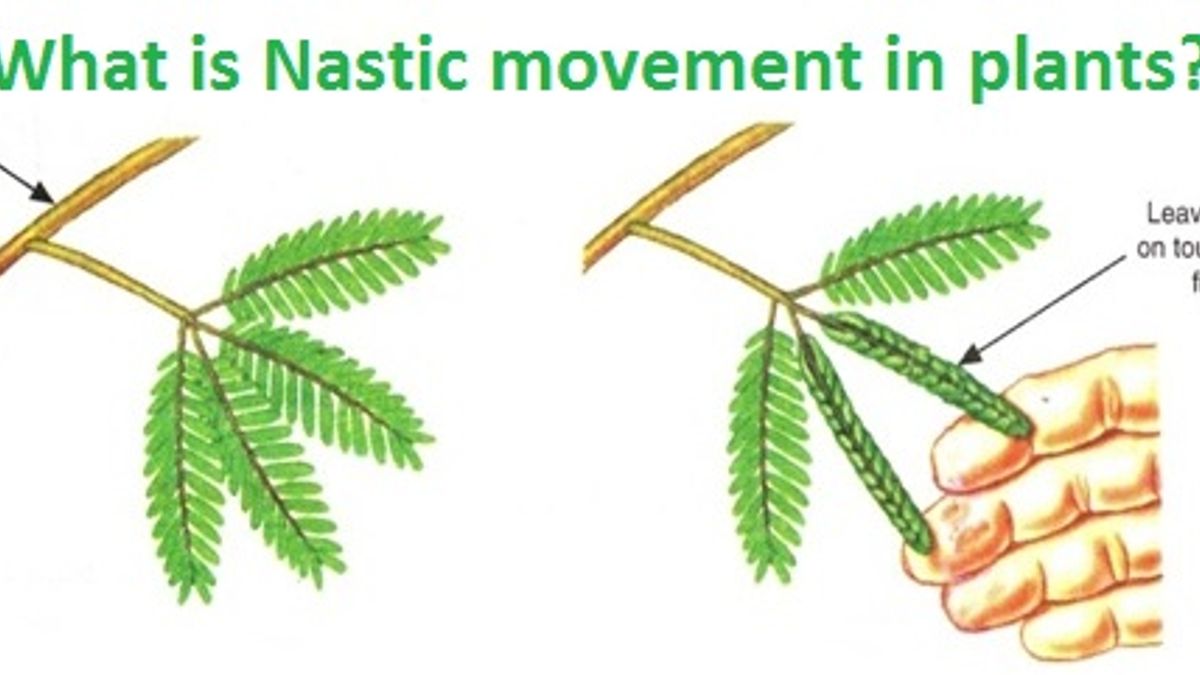 What is Nastic movement

We know that plants are fixed at a place with their roots in the ground and so they can’t move from one place to another. They don’t show locomotion in general, but the movement of the individual parts or organs of a plant like shoot, root, leaves etc. is possible when they are subjected to some stimuli like light, the force of gravity, chemical substances, water and touch etc. These movements are possible under the influence of stimulus because of plant hormones. In this article we will discuss about one type of plant movement i.e. nastic movement which is a growth independent movement.
What is Nastic Movement?
The movement of a plant part in response to an external stimulus in which the direction of response is not determined by the direction of stimulus is known as Nastic movement. It is also known as Nasties. The stimuli may be classified as light, heat, touch or contact, etc. Nastic movement is not a directional movement of the plant part with response to the stimulus.
In nastic movement, from whichever direction the stimulus is applied, it affects all the parts of the organ of a plant equally and they always move in the same direction. This movement takes place in the flat organs of the plant like leaves, petals of flowers etc.
Examples of nastic movements are:
1. In the Mimosa pudica plant, when we touch the leaves of the plant they fold up. Here the stimulus is touch.
2. In a dandelion flower, the opening up of the petals of this flower in the morning in bright light and closing in the evening when light fades. Here, the stimulus is light.
We can say that Nastic movement may or may not be a growth movement because we have seen above that folding up of the leaves of a sensitive plant on touching is not a growth movement but the opening and closing of petals of flowers is a growth movement.

How Plants and Animals are sensitive to pH Changes?
Types of Nastic movements in plants
There are five types of Nastic movements in plants.
1. Seismonastic Movement:
This type of movement is caused by the mechanical stimuli like shock, touch or contact, fast moving wind, rain drops, etc. In some parts of plants Seismonastic movement is seen in the stigmas, stamens and leaves. Example: Mimosa Pudica plant, Biophytum sensitivum, Neptunia etc.
2. Photonasty Movement:
The non-directional movement of a plant part usually in the petals of flowers in response to light is photonasty movement. The stimulus in Photonasty is light. Many petals of flowers open in the daylight and closed in the evening in response to the intensity of light. This is a growth movement in plants and an example of Photonastic movement. Examples are: Dandelion flower, Moonflower, flower of Cestrum Nocturnum etc.
3. Thermonastic movement:
Such movements in plants occur due to the change in temperature. Flowers of a plant open with the rise in temperature and close with a drop in temperature. Sometimes Thermonastic movement is associated with Photonastic movements also. In these both, the response mechanism is related to the growth, changes in the turgor on upper and lower sides of the petiole, leaf blade etc.
4. Nyctinastic movement:
This movement is caused due to the variations in light and temperature. It is also known as Sleeping movement. It can be classified under Photonastic and Thermonastic movement. It is seen in leguminous plants. The leaflets fold in the evening and open up in the morning.
5. Thigmonasty movement:
The non-directional movement of a plant in response to the contact of an object is called Thigmonasty movement. In the insectivorous plant’s leaves like Drosera, Dionaea the tentacles show variation in movements on coming in contact with an insect. The stimulus touch of an insect is transmitted to the entire leaf and all the tentacles bend over the insect.
From the above article it is clear that plants do not show locomotion i.e. they don’t move from one place to another, but there are certain movements shown by some parts of the plants which may or may not be categorized as growth movement.