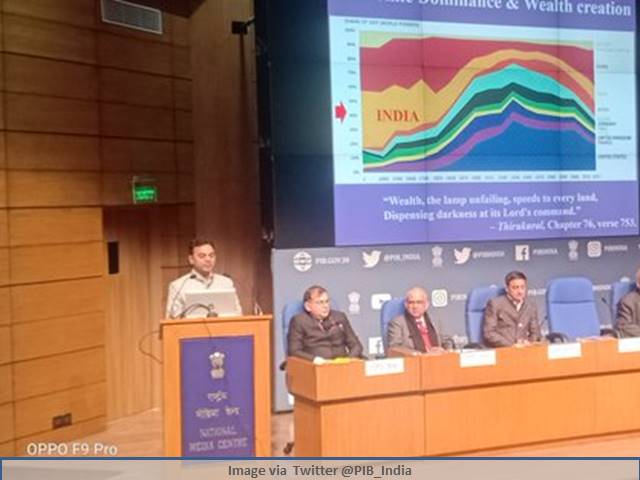 The Economic Survey report was tabled following President’s inaugural address to the joint session of both the houses today. During his address, President Ram Nath Kovind talked about the key achievement of Parliament and Modi Government. President also recounted abrogation of Article 370 and passing of Citizenship Amendment Act as one of the key achievements of this government

Following the presentation of the Economic Survey in the Parliament, our Chief Economic Advisor Krishnamurthy V Subramanian will address a press meet at around 1:45 PM notifying the key highlights of the economic survey.