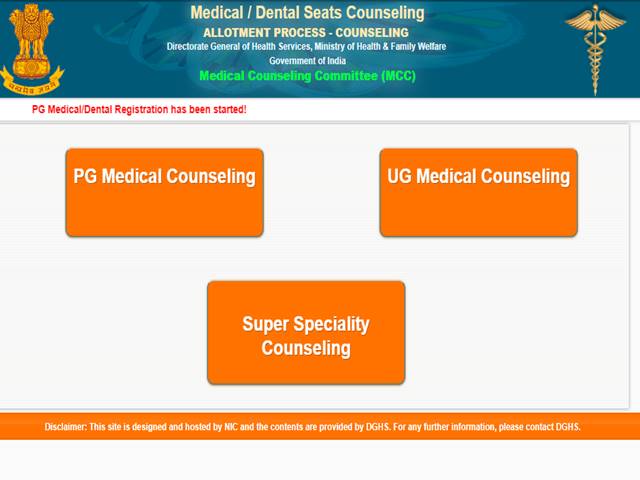 The allotment of seats for the NEET UG 2020 counselling is conducted based on the merit of the students and the choices entered during the application process. The allotment letter is available on the official website only for those candidates who have been allotted seats as per the allotment list released.

The notification further states that the Medical Counselling Committee does not allot seats for NEET based on nominations. The Medical Counselling Committee in its notification released has further stated that action will be taken against any person indulging in malicious practices and the students have also been advised to lodge a complaint with the Cyber Crime Cell or an FIR in case they receive such letters.

The Medical Counselling Committee has released the allotment letters for the students who have been allotted seats in the second round of NEET-UG 2020 Counselling. According to the schedule provided on the official website, the students who have been allotted seats can confirm their admissions until today - December 8, 2020. MCC will begin the registrations for the Mop-Up round from December 10, 2020, onwards. Students are being allotted seats for the 15 percent All India Quota seats offered at Deemed Universities, Central Universities, ESIC, AIIMS, and JIPMER for the MBBS programme.

Candidates who have been allotted seats are required to download the NET UG Allotment letter from the official website and report to the designated colleges with the allotment letter and the documents and certificates for completing the verification and admission process.

Also Read: WB Govt scraps Exam for Class 6 to 9, Students to Be Promoted without Exams, Get Details Here