A detailed comparison between SSC CGL and RRB NTPC

In this article, we have sorted out various aspect of SSC CGL and RRB NTPC government job in terms of job profile, Working hours, Transfer & promotion policies and etc. After analyzing all things, we can conclude that the respective things. find out in article. 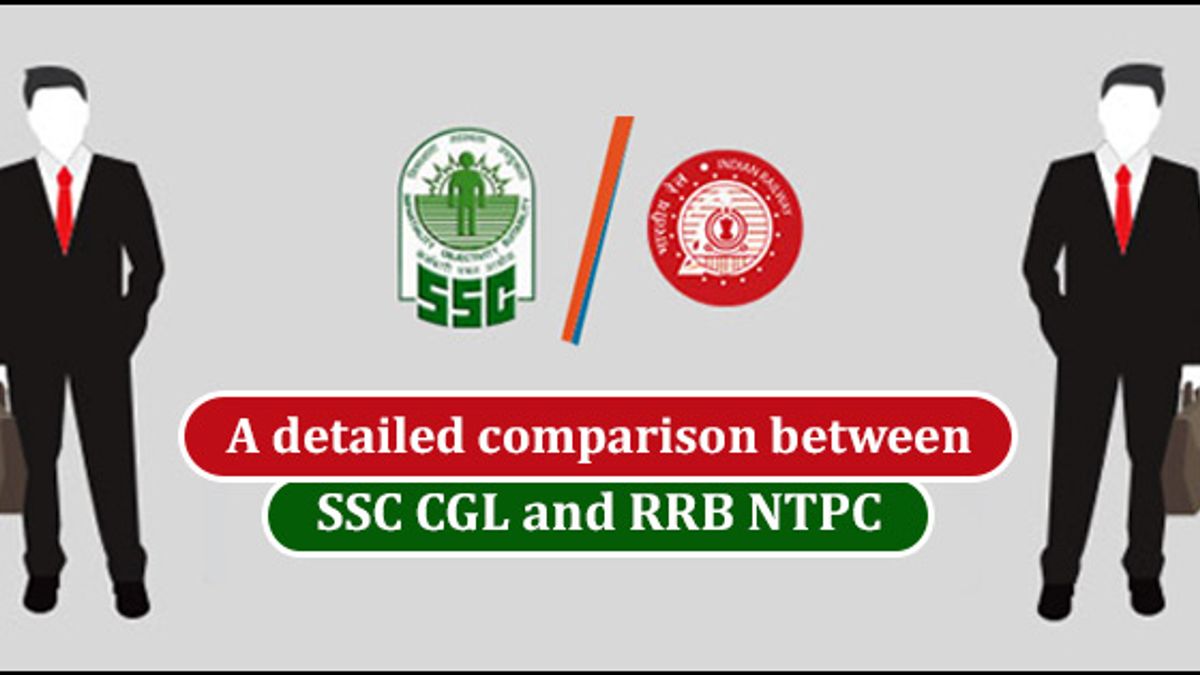 Today, SSC (Staff Selection Commission) and RRB (Railway Recruitment Board) offered jobs are most sought among the Graduates, Post Graduates and 12th pass aspirants as they offer a lucrative career option, pay & perks and opportunity to learn things in the government organization. CGL conducted by SSC and RRB-NTPC both are the most preferred choices among the candidates. In fact, It also depends upon one’s choice. One should know about the job profiles, salary, work culture and career growth in both trades.

In this article, we will take up the descriptive discussion on both organizations in a sequential manner.

SSC is a very good and open source to join various Indian ministries, organizations and departments, i.e. 30 in total for young and energetic professionals and this number is changing significantly. On the other hand, Railway, Continues to be the sole authority to provide maximum employment in the country.

Let us take a look at both the profiles.

Through RRB-NTPC, you are required to fulfil the administrative need and supervision. Beyond this, the following tasks are performed.

Whereas, if you are appointed through SSC CGL. Then, the following responsibilities are to be taken care: -

Apart from the above facts, SSC and RRB provide the following perks to their officers.

How to prepare for SSC CGL exam with a full-time job?

In SSC, promotions happen at every 4-5 years and the following posts are handed over

Now, have a look at RRB-NTPC promotion.

From the above presented facts, we have found that promotions in SSC are a way faster than RRB, having clear policies. SSC has well defined, streamlined procedure for promoting an officer at a regular time interval. On the Other hand, RRB does not have a proactive promotion policy.

Hence, we can conclude that in many aspects SSC CGL has a better future prospect than RRB-NTPC.