In this article you will get CBSE Class 10 Mathematics chapter 12, Surface Areas and Volumes: NCERT Exemplar Problems and Solutions (Part-IA). Every question has been provided with a detailed solution. All the questions given in this article are very important to prepare for CBSE Class 10 Board Exam 2017-2018. 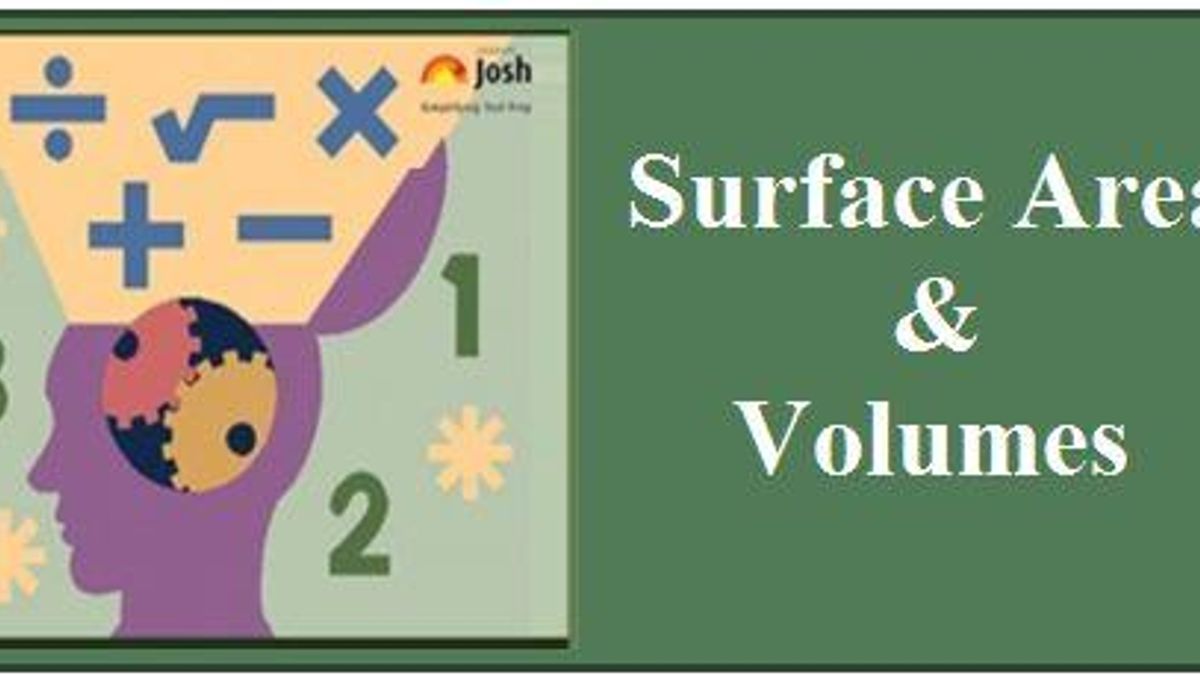 Here you get the CBSE Class 10 Mathematics chapter 12, Surface Areas and Volumes: NCERT Exemplar Problems and Solutions (Part-IA). This part of the chapter includes solutions to Q. No. 1 to 9 from Exercise 12.1 of NCERT Exemplar Problems for Class 10 Mathematics. This exercise comprises only the Multiple Choice Questions (MCQs) framed from various important topics in the chapter. Each question is provided with a detailed solution.

Find below the NCERT Exemplar problems and their solutions for Class 10 Mathematics Chapter, Surface Areas and Volumes:

Question. 1 A cylindrical pencil sharpened at one edge is the combination of

(a) a cone and a cylinder

(b) frustum of a cone and a cylinder

(c) a hemisphere and a cylinder

A cylindrical pencil sharpened at one edge is the combination of a cone and a cylinder as shown below:

Question. 2 A surahi is the combination of

(a) a sphere and a cylinder

(b) a hemisphere and a cylinder

(d) a cylinder and a cone

The lower portion of a surahi is a sphere and its upper part (neck) is in cylindrical shape. 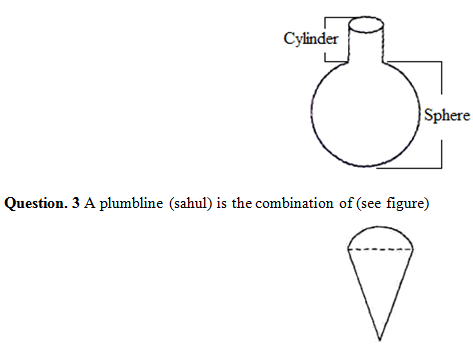 (a) a cone and a cylinder

(b) a hemisphere and a cone

(c) frustum of a cone and a cylinder

Explanation: Base of a plumbline is a cone and its top is a hemisphere. 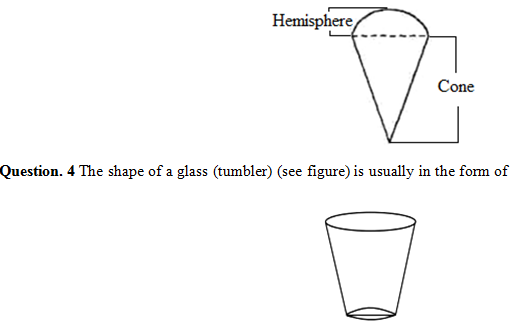 (b) frustum of a cone

The shape of a glass (tumbler) is usually in the form of a frustum as the frustum of a cone is the shape obtained obtained by cutting a right circular cone by a plane parallel to the base of the cone.

Question. 5 The shape of a gilli, in the gilli-danda game (see figure) is a combination of

Question. 6 A shuttle cock used for playing badminton has the combination of

The shape of the shuttle cock is in the form of the frustum of a cone and a hemisphere. 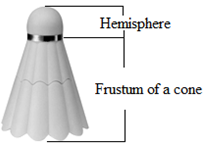 Question. 7 A cone is cut through a plane parallel to its base and then the cone that is formed on one side of that

plane is removed. The new part that is left over on the other side of the plane is called

When a cone is through the plane parallel to its base then the part other than the cone is called the frustum of a cone.

Question. 8 If a hollow cube of internal edge 22cm is filled with spherical marbles of diameter 0.5cm and it is assumed that  space of the cube remains unfilled. Then, the number of marbles that the cube can accomodate is

Also, given diameter of marble = 0.5cm 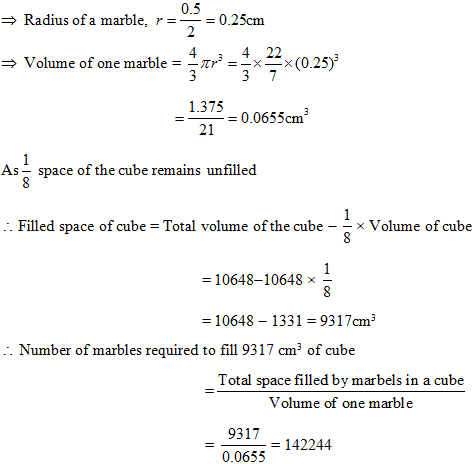 Question. 9 A metallic spherical shell of internal and external diameters 4cm and 8cm, respectively is melted and

recast into the form a cone of base diameter 8cm. The height of the cone is

And external diameter of shell = 8cm 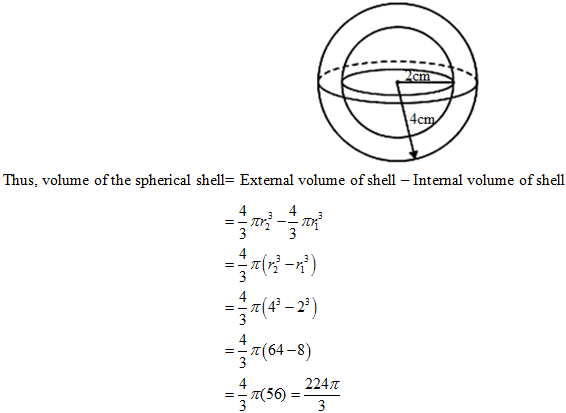 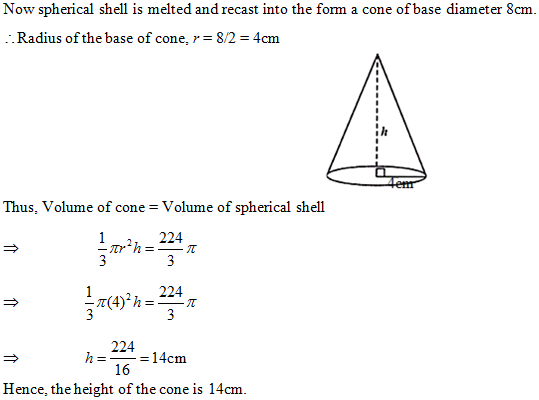 Question. 10 If a solid piece of iron in the form of a cuboid of dimensions 49cm × 33cm × 24cm, is moulded to form a solid sphere. Then, radius of the sphere is

As a cuboid is moulded to form a sphere, 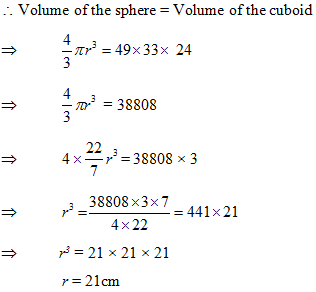 Hence, the radius of the sphere is 21cm.