Meaning: of the nature of a catastrophe, or disastrous event

Meaning: of the nature of a catastrophe, or disastrous event 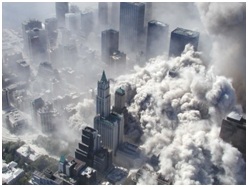 The 2012 movie predicts an unavoidable catastrophe in near future due to human activities.

Usage/Example: 1. A Latvian farm worker driving in Scotland for the first time killed a Perthshire father in a "catastrophic" collision (Source: BBC News) 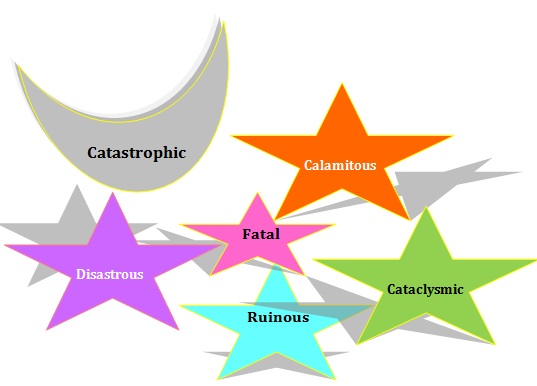 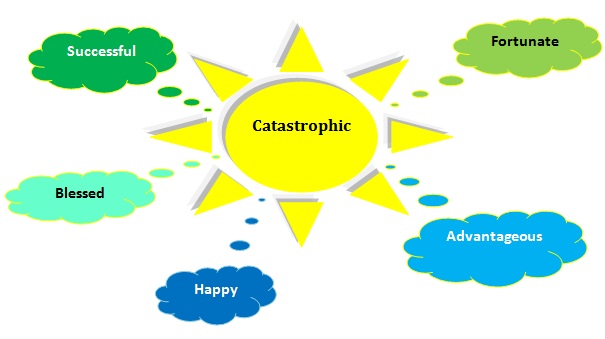