Science and Technology portion questions in IAS Prelims are generally asked from the current happenings and latest developments in the field of science. Here, we have provided a current affairs quiz on science and technology helpful for IAS Prelims Exam 2017. 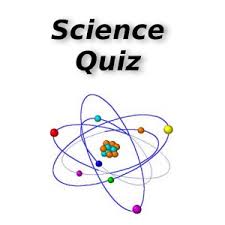 For Science and technology section, the IAS aspirants must stick to the daily newspapers because the questions asked under the Science & Technology section of the IAS Prelims Exam are generally based on the current events. The NCERT books of class 9th and 10th have also recommendable for IAS Prelims Preparation but not necessary (in case they have enough time).

Here, we have created multiple choice questions of science and technology by keeping the existing pattern of UPSC in our mind. Sure, such questions will be much helpful for IAS Prelims Exam 2017.

1. Detection of the mcr-1 gene in India is frightening news. Consider the following statements regarding the MCR-1 gene:

1) The Mcr-1 gene is found in the plasmid medium outside of the chromosomal DNA.
2) The MCR-1 is the first known polymixin resistance mechanism capable of horizontal gene transfer.
3) The MCR-1 gene is not resistant colistin.

The MCR-1 is a genetic mechanism by which the mcr-1 gene confers the first known plasmid-mediated resistance to colistin, a polymixin and one of a number of last-resort antibiotics. This mechanism was first discovered in E. coli (strain SHP45) from a pig but it was later found by independent researchers in human samples. MCR-1 is the first known polymixin resistance mechanism capable of horizontal gene transfer.

Mcr-1 gene is responsible for resistance against the antibiotic, Colistin which is considered as the last mile antibiotic that the human race has currently access to. Colistin belongs to a group of antibiotics called polymixins which are termed “critically important by WHO. Mcr-1, the gene is found in the plasmid medium, a small DNA molecule outside of the chromosomal DNA and hence the infection can spread in hospitals and the community now.

2. India’s first augmented reality (AR) education and training institute will be set in Varanasi. Consider the following statements regarding the Augmented Reality:

1) Augmented reality represents only the direct view of those elements that are augmented by computer-generated sensory input.
2) It is same as the virtual reality which replaces the real world with a simulated one.

Augmented reality is defined as a live direct or indirect view of a physical, real-world environment whose elements are supplemented by computer-generated sensory input such as sound, video, graphics etc. This technology functions by enhancing one’s current perception of reality, whereas the virtual reality replaces the real world with a simulated one. Augmented reality is related to a more general concept called mediated reality, in which a view of reality is modified by a computer.

India’s first augmented reality (AR) education and training institute will be set in Varanasi and the institution will be established by the central government in partnership with Eon Reality, an augmented reality company based in the US.

3. The National Chemical Laboratory has developed a nanogenerator that could produce electric power when pressure is applied. Which of the following principle or technology is used in this?

Piezoelectricity is the electric charge that accumulates in certain solid materials (such as crystals, certain ceramics, and biological matter such as bone, DNA and various proteins) in response to applied mechanical stress. It basically refers to electricity resulting from pressure.

4. Which of the following statements best describes the fast neutron reactors?

A fast neutron reactor or a fast reactor is a category of the nuclear reactor in which the fission chain reaction is sustained by fast neutrons. In order to sustain a fission chain reaction, the neutrons released in fission events have to react with other atoms in the fuel and the chance of this occurring depends on the energy of the neutron; most atoms will only undergo induced fission with high energy neutrons, although a smaller number prefers much lower energies.

Such a reactor needs no neutron moderator, but they must use fuel that is relatively rich in the fissile material when compared to that required for a thermal reactor.

5. Consider the following statements regarding the Nuclear Reactors in India:

Nuclear power is the fourth-largest source of electricity in India after thermal, hydroelectric and renewable sources of electricity. India has been making advances in the field of thorium-based fuels, working to design and develop a prototype for an atomic reactor using thorium and low-enriched uranium, a key part of India's three stage nuclear power programme.

The country has also recently re-initiated its involvement in the LENR research activities, in addition to supporting work done in the fusion power area through the ITER initiative. India the only known country with nuclear weapons which is not a party to the Non-Proliferation Treaty (NPT) but is still allowed to carry out nuclear commerce with the rest of the world.

6. Which of the following is the new instrument developed by NASA that could search for signatures of life on Mars?

NASA will be using BILI that is Bio-Indicator Lidar Instrument, fluorescence based remote sensing instrument which is similar to radar in principle, but instead of using radio waves, it uses light to detect and ultimately analyse the composition of particles in the atmosphere.

BILI would be positioned on a rover’s mast to first detect dust plumes and then two ultraviolet lasers from the instrument would pulse light at the dust.  The illumination would cause the particles inside these dust clouds to resonate or fluorescence and by analysing the fluorescence; it could be determined whether the organic particles in the dust have been created recently or in the past.

1) This technology will reduce chromium pollution load during tanning.
2) It is also known as a Waterless tanning technology.
3) But this process will increase the total dissolved solids in wastewater during tanning.

CSIR has invented a Game changing technology for enabling the Indian leather sector to achieve the set target of USD 27 billion by 2020 by making leather processing environmentally sustainable. This is Waterless chrome tanning technology, which is a first of its kind technology to reduce chromium pollution load.

CSIR’s Waterless Chrome Tanning Technology has been accepted PAN India as this technology completely eliminated two processes after and before tanning and also eliminates the use of water in tanning. It also reduces the total dissolved solids in wastewater by 20% and hence brings down the usage of chromium by 15-20% resulting in material saving.

8. What was the objective of “SMART INDIA HACKATHON 2017”, often seen in the news?

The 'Smart India Hackathon 2017' initiative will help in institutionalising a model for harnessing the creativity and skills of youth for nation-building. It is basically a pan-India 36-hour nonstop digital programming competition, which will take place in more than 20 centres simultaneously.

The initiative seeks to challenge the students of all the technology institutions in India to find innovative solutions to some of the daunting problems faced by our nation. The Hackathon will have nearly 500 problem statements in the beginning.