Here, we have done analysis of prices and inflation given in the Economic Survey 2017-18. The information provided in this article will help IAS aspirants to prepare for the IAS Mains Exam 2018. 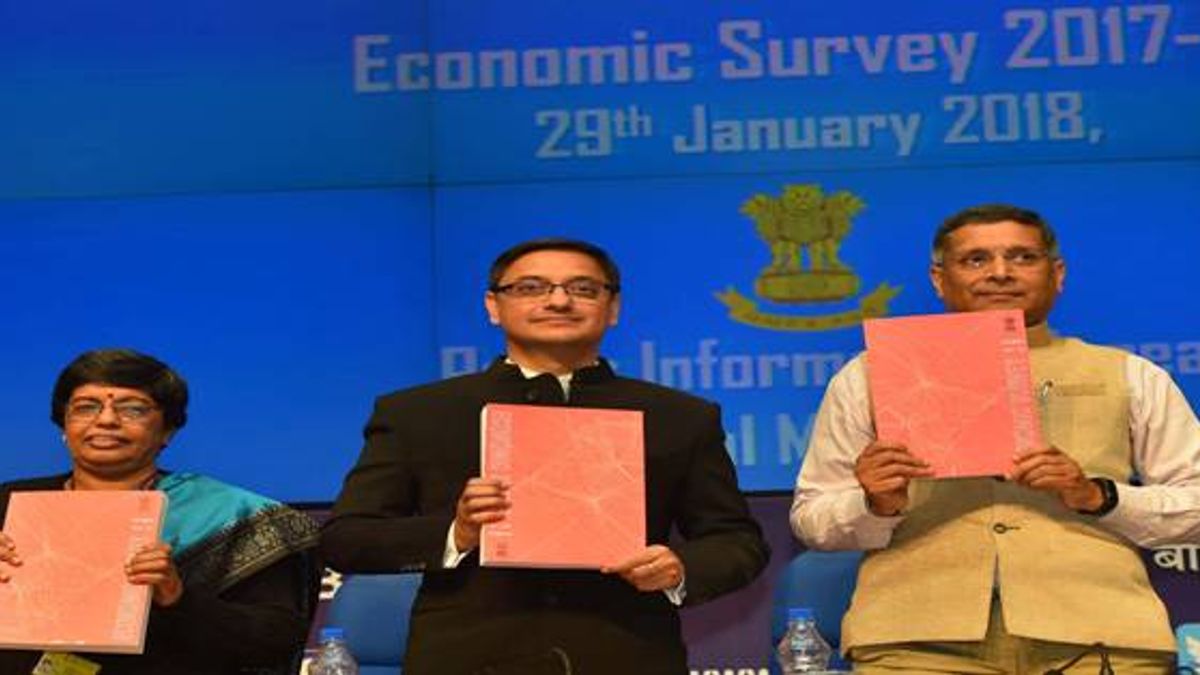 In the last four year, Indian economy is witnessing a gradual transition from a period of high and variable inflation to more stable prices. The Consumer Price Index (CPI) which measures the Headline inflation has remained under control for the fourth successive year. In the beginning of the Financial Year (FY) 2017-18, the rate of inflation was 3.0 per cent but due to a moderate increase in prices in the first two quarters of FY 2017-18 resulting into a low level of inflation of 2.2 per cent. The food inflation,  measured by the Consumer Food Price Index (CFPI) showing a declining trend to low of 1.2 per cent during the FY 2017-18 (April-December).

Question: What are the efforts taken by the government to contain the inflation in the last five years? Critically analyse.

While WPI based inflation for FY 2017-18 (Apr-Dec) stood at 2.9 per cent. Inflation based on the major series of the price indices for the last six years is given in Table 1 and the movement of WPI and CPI inflation since April 2014 is at Figure 1.

Fig: 2, General Inflation based on differed price indices (per cent)

In the first half of the current fiscal year, there is a declining trend in inflation which indicative of a benign food inflation which ranged between (-)2.1 to 1.5 per cent.

The price monitoring initiative of the government on regular basis and the good agricultural production helped to control the food inflation.

The rise of food inflation in the last few months is just because of the rise in the prices of vegetables and fruits while the decline in food inflation is due to the driving prices of meat & fish, oil & fats, spices and pulses & products.

WPI of Food Articles and Food Products has also shown a decline in FY 2017-18 (Apr-Dec) over the corresponding period of the previous FY.

Ten States had inflation rate lower than All India average for FY 2017-18 (Apr-Dec) with Odisha having the lowest inflation followed by Uttar Pradesh, Bihar and Chhattisgarh respectively.

Efforts of the Government to Contain Inflation

Monitoring of price situation has been done on a regular basis so that the Government can keep control over the inflation. The Government has also taken the series of an initiative to control the food inflation as follows:

1. When required, the government has issued advisories to the State Governments in order to keep a check on malpractices like hoarding & black marketing activities and also they have been directed to take action against the lawbreakers and effectively enforce the Essential Commodities Act, 1955 & the Prevention of Black-marketing and Maintenance of Supplies of Essential Commodities Act, 1980 for commodities in short supply.

2. The Central Government has taken organised a regular review meeting on price and availability situation is being held at the highest level including at the level of Committee of Secretaries, Inter-Ministerial Committee, Price Stabilization Fund Management Committee and other Departmental level review meetings.

3. In order to incentivise production and enhance the availability, higher MSP has been announced for food items which may help moderate prices.

5. The government approved enhancement in buffer stock of pulses from 1.5 lakh MT to 20 Lakh MT to enable effective market intervention for moderation of retail prices. Accordingly, a dynamic buffer stock of pulses of up to 20 lakh tonnes has been built under the Price Stabilization Fund (PSF) Scheme through both domestic procurement as well as imports. Of this, 3.26 lakh MT has been released for market intervention and buffer management.

7. Export of edible oils was allowed only in branded consumer packs of up to 5 kg with a minimum export price of USD 900 per MT. With a view to incentivizing domestic production, this restriction has been removed on oil except for palm oil, mustard oil and sunflower oil.

8. The government has imposed stock holding limits on stockist/dealers of sugar till April 2018.

9. The government imposed 20% duty on export of sugar for promoting the availability and moderating price rise.

11. Export of all varieties of onion will be allowed only on the letter of credit subject to a minimum export price (MEP) of $ 850 per MT till 31st December 2017.

12. States/UTs have been advised to impose a stock limit on onions. States were requested to indicate their requirement of onions so that import of required quantity may be undertaken to improve availability and help moderate the prevailing high prices.

For the major commodity groups, CPI inflation has declined to 3.3 percent during the financial year 2017-18 but there is no respite in the prices of the commodities like Housing and Fuel & Light which is going to affect the savings of most of the households in the future. The decline in inflation has been witnessed due to the fall in the prices of meat & fish, and other food items which are not a food of common man. However, in few States such as Odisha, Uttar Pradesh, Bihar and Chhattisgarh, the inflation had been recorded below the national average due to the lower level of household incomes and savings. Hence, it is wrong to conclude that the low level of inflation reflects the true picture of the household conditions. It is high time; the government should focus on improving the level of household demand in those low-income States.