Every IAS aspirant must know the fiscal developments took place in the last few years in the Indian economy. In order to understand the socio-economic condition of the country, the IAS aspirant should study the Economic Survey, which provides the complete analysis of various aspects of the Indian Economy. The Economic Survey of the respective year is simultaneously important for IAS Prelims as well as for the IAS Mains exam. By studying Economic Survey, an aspirant can attempt various papers of the IAS Mains exam in a better way.

Economic Survey is very complex and difficult to understand this is why for the convenience of IAS aspirants, we are continuously providing the chapter-wise crux of the chapter given in the Economic Survey 2016-17. Here, we have provided an analysis of fiscal developments took place in the last few years in order to make the favourable fiscal position in the economy.

Despite the huge demonetisation drive in November 2016 on a large scale, the Indian economy showing positive signs and encouraging data related to growth and development. Indian economy has registered 7 per cent GDP growth in the third quarter of the financial year 2016-17. The majority of states have shown their interest and rightly implemented the Central Government’s Fiscal Responsibility Legislation (FRL), one of the factors behind the impressive fiscal performance of the Indian economy. 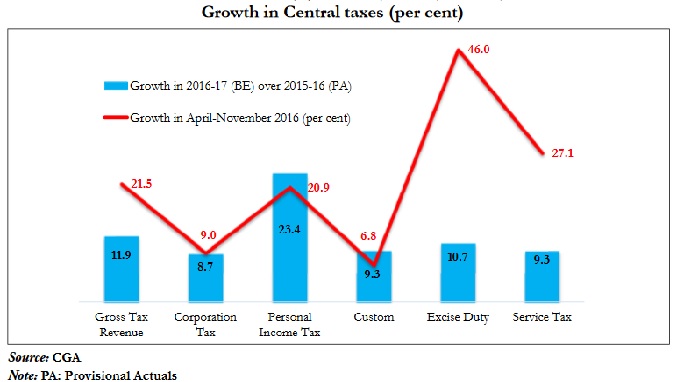