Chief Guests at Delhi Republic Day Parade 2022: This year Republic Day will be celebrated on Wednesday. Every year, it is celebrated with the armed forces holding a parade in honour of the day. This is the day when our Consitution came into force on 26 January 1950, making India a democratic republic.

The sources in the Defence establishments said in 2020 that before the pandemic broke out in India, around 1.25 lakh people were permitted to attend the parade.

As per official sources, there will be no foreign dignitaries as Chief Guest during the events around 26 January but India was planning to invite the leaders of Uzbekistan, Turkmenistan, Kazakhstan, Kyrgyzstan and Tajikistan for the Delhi Republic Day parade 2022. This is the second time, that there will be no foreign dignitary as Chief Guest at India's Republic Day celebrations.

Only 5,000-8,000 people are likely to be allowed to attend the event owing to the present COVID-19 situation.

As per the defence ministry, all COVID-19 protocols will be followed at the parade and the social distancing norms would be followed while making the seating arrangements. Also, wearing masks would be compulsory and the sanitiser dispensers will be available everywhere.

READ| Journey of the National Flag of India

On 14 January 2021, the Ministry of External Affairs (MEA) announced that there will be no foreign leader as a Chief Guest for the celebrations of the Republic Day parade due to the ongoing COVID-19 pandemic. This will for the first time in over five decades that the country will not have a Chief Guest at the Republic Day event.

In 2020, India had invited the Prime Minister of the United Kingdom, Boris Johnson to be the Chief Guest for the Republic Day parade on 26 January 2021.

The UK Foreign Office released a statement that the decision to cancel the visit was taken in view of the COVID-19 pandemic that has escalated in the United Kingdom because of the new strain of the coronavirus.

Earlier, British Prime Minister Boris Johnson accepted Indian Prime Minister Narendra Modi's invitation to be the Chief Guest at the 2021 Republic Day. If British PM Boris Johnson would not have cancelled his visit to India, he would have become the first PM of the UK since John Major in 1993 and the sixth PM from the UK to be the Guest of Honour at the event. Also, the UK would have become the only country whose leaders have been Chief Guests at Republic Day on six occasions.

In 2020, India and Bangladesh will celebrate 50 years of diplomatic ties and at the invitation of the government, a tri-service contingent from Bangladesh will be visiting  India in order to participate in the Republic Day parade.

India as an independent, sovereign, and democratic country implemented its constitution on 26 January 1950. Since then, India being the Democratic Republic celebrates a grand ceremony every year to commemorate Republic Day, and a Foreign Leader is invited every year by the  Indian Government.

The initial four Republic day parades were held at different places (Red Fort, Ramlila Grounds, Irwin Stadium, Kingsway) between 1950 to 1954. However, in 1955, Rajpath was chosen as the permanent venue for Republic Day celebrations. 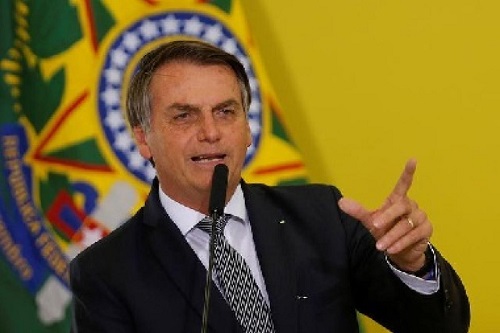 On 26 January 1950, Indonesian President Sukarno was the first Chief guest on the very first Republic Day parade of India. Representatives from the United Kingdom and France have been invited 5 times each.

How is Chief Guest chosen for India's Republic Day?

Six months prior to Republic Day, the Indian Government sends the invitation to either the Head of State or the Government subjected to the kind of relationship India has with the concerned country.

Before sending the invitation, the approval of the Indian Prime Minister is sought in addition to the clearance from the President of India.

The main purpose of inviting a Foreign Leader is to boost bilateral relations and to show the diversity and prosperity of the Indian culture. To read more articles related to the topic, click on the links given below:

Which country has the longest Constitution in the world?

In which year Rajpath was chosen as the Regular venue for Republic Day Parades?

The initial four Republic day parades were held at different places (Red Fort, Ramlila Ground, Irwin Stadium, Kingsway Camp) between 1950 to 1954. In 1955, Rajpath was chosen as the regular venue for the Republic Day Parades.

Who was the first person who attended the first Republic Day parade at Rajpath?

Pakistan's Governor General Malik Ghulam Muhammad was the first person who attended the Republic Day parade as the Chief Guest at Rajpath in 1955.

Who was the first Chief Guest on the first Republic Day parade in India?

The Indonesian President Sukarno was the first Chief guest on the very first Republic Day parade of India.