How can SSC be the first step towards the glorified career?

In this article, we will discuss the various notified under the SSC CGL exam with their pay scales, promotions, and other benefits, which will motivate you to prepare for SSC CGL exam.

In the today’s competitive world, everyone needs a secure, well-paying, and decent job. Isn’t it? There are millions of people, who are engaged in government and private sectors. It is obvious that government jobs provide all the facilities like good pays/perks, timely promotion, job security and other benefits, which cannot be expected in any other job. However, there are several PSUs, which only hire those candidates, who have some specific qualifications like B.Tech, MBA, CA, Ph.D., and so on. While in government administrative departments, you must have to qualify for their respective exams like UPSC Civil services exam, PCS, and so on. Looking into this scenario, we can say that getting a job in these sectors is not easy and quick because there are lakhs of candidates, who are preparing for these examinations for the last 2-10 years. Beyond that, competition in these jobs is getting tougher year by year.

On the other hand, in private sector jobs, you have to face a tough schedule, unrealistic deadlines, and inconsistent targets. There are no job security, no better salary (in most cases), and no other satisfactory perks/facilities. These situations get clumsy as time passes away.

Every year, thousands of private sector employees used to quit their jobs or retrenched. In this case, it appears very hard to leave a job in which you were involved for 5-10 years. Under this situation, everyone thinks about the right career and other career prospects like salary growth, promotions, job security, etc. Now, a question may be arising in your mind-” What can be a glorified career?” and the most appropriate answer to this question is SSC offered jobs.

After UPSC, SSC (Staff Selection Commission) is the only recruitment body, which can provide you a glorious career in the government department and ministries. To apply for a job through SSC CGL exam, your minimum educational qualification should be graduation in any stream or subject. Now, it sounds good. There are eleven exams conducted by SSC namely SSC CGL exam, SSC CHSL exam, SSC CPO SI/ASI exam, SSC Stenographer exam, SSC JHT exam, SSC GD Constable exam, and so on.

Now, in this article, we will discuss the various notified under the SSC CGL exam with their pay scales, promotions, and other benefits, which will motivate you to prepare for SSC CGL exam. Let us move ahead-

Before heading to the benefits and career growth aspects of the SSC CGL posts, let us know about the various posts offered by SSC under its CGL exam.

The above-stated posts are among the most sought posts through the SSC CGL exam. Now, let us discuss the top 5 posts with the career growth, salaries, and other benefits in detail-

After getting selected as an Assistant Audit Officer through SSC CGL exam, your posting will be under the Indian Audit and Accounts Department. Here, your major responsibilities include auditing the accounts of central government, state governments, and PSUs. Besides this, after joining the department, you will get promotion in the following order-

How SSC promotes their officers recruited through CGL entry? 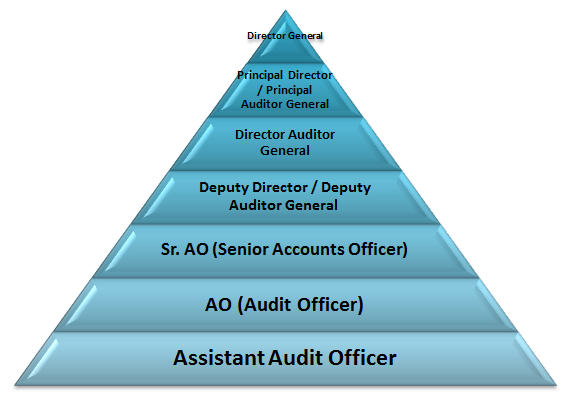 After AAO post, you will get the above-described promotions based on your performance in the departmental exams conducted by the competent authority or on your service tenure. Generally, in any government department/ministry, one will get promotion after 6 years and then after 4 years subsequently depending on the availability of posts. However, it would take 6 years to get promoted as Audit Officer and rest depends upon the organization’s terms and policies.

Moreover, if you have maintained a good service record during your whole career, then there are ample opportunities to get the promotion up to Deputy Director or Director of CAG, which is Class-I (Grade-‘A’) post. This post is generally filled with the candidates, who have qualified UPSC Civil Services Exam.

Now, you can see that this SSC post (AEO) gives you an immense exposure to your career starting as Grade-‘B’ officer and reach up to the IAS level post. After that, you will be promoted as the other IAS officers used to get.

As an Assistant Section Officer at the time of joining, you will work under Central Secretariat Service. Central Secretariat Service is the backbone of the administrative works in India. It facilitates bureaucrats and other staff to the government’s offices. After Assistant Section Officer, promotions will be received in the following order under this department - 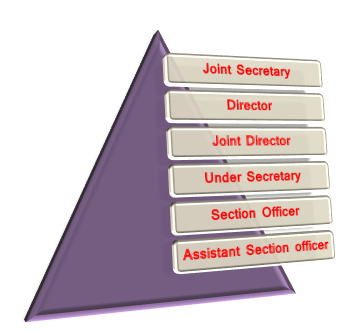 The first promotion to section officer in the hierarchy is generally given after 5-7 years of joining and next promotion is given after 10-12 years approximately. One can reach at higher posts from time to time through qualifying the departmental exams conducted by the competent authority.

As you can see, the number of further positions in this department is very few. Hence, one can get the promotion to Under Secretary post, if he has a good service record & excellent academics. ‘Under Secretary’ is a post, which is filled with the IAS officers initially. The salary package, other benefits, and career growth is very high under this rank. There are many candidates, who failed to clear IAS exam after several attempts. For such candidates, SSC CGL is among the best opportunities to become an IAS equivalent officer. It may take several years after deputation as an Assistant Section Officer. However, it is advisable to opt for SSC CGL exam along with the IAS exam preparation. Rest depends upon your choice.

An Income Tax Inspector works for CBDT (Central Board of Direct Taxes), which is responsible for collecting direct taxes including income tax, wealth tax, corporate tax, etc. CBDT comes under the authority of Department of Revenue of the Ministry of Finance. There are generally two sections under this department-

As an Income Tax Inspector, you will get promotion in the following order-

The first promotion to Income Tax Officer, which is a Group-‘B’ gazetted post, is awarded after 4-6 years of joining. Remaining promotions depend upon your service record and success in the inter-departmental exams. The promotions under this profile are not so frequent. You have to toil hard for it.

A candidate under this profile can go up to Assistant Commissioner of Income Tax, which is a Grade-‘A’ post. Generally, this post is awarded to those candidates, who have cleared the UPSC Civil services (IAS) exam. If you have failed to do so in the UPSC Civil Services examination, then you should consider for appearing in SSC CGL exam. It can be the next move towards grabbing this opportunity to work for the government departments and ministries as a Class-I or Grade-‘A’ officer.

How to prepare for SSC CGL Exam without coaching?

CBEC will be your department in which you will get deputation. CBEC is the nodal national agency responsible for administering Customs, GST, Central Excise, Service tax, and Narcotics in India. This department comes under Department of Revenue, Ministry of Finance.

CBEC is consistent with its promotion policy. However, at initial level- you will start as an Inspector. After few years of service, you will get promotion in the following order- 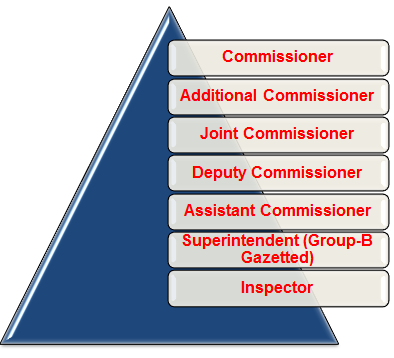 From Inspector to Superintendent post, it will take nearly 5-7 years. The chances of promotion in this department are very nominal. It depends upon the posts’ availability, your service tenure, and your merit in the Inter-departmental exams.

Since the number of posts in this department is very few and the next position after Superintendent is Assistant Commissioner. This is the post, which is offered to the young IRS officers. Hence, if you have a good service record and a comprehensive knowledge of taxes, which are handled by you in CBEC, then you have a plenty of chances to get promoted as Assistant Commissioner. After this, you will be considered under the IAS cadre. Further promotions will be awarded as per the government rules applicable for the IAS officers. Now, it is your choice- whether to prepare for SSC CGL exam or not?

Know - How many marks should a general category candidate to attain in SSC exams?

After joining as an Assistant Enforcement Officer, your career will progress in the following order- 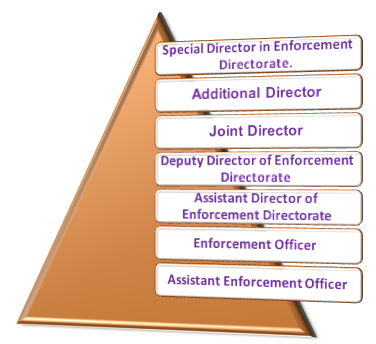 It will take nearly 4-7 years to get first promotion as Enforcement Officer. For achieving the further posts, you have to work very hard on possessing comprehensive knowledge of the working domain and maintaining a good service record. Promotion as an Assistant Director of Enforcement Directorate will depend upon your performance in the Inter-departmental exams and as per the government rules applicable for promotion. Inter-departmental exams test your knowledge of working domain in the concerned department.

Assistant Director of Enforcement Directorate is a post, which is usually filled with the young & energetic IAS officers. There is only one post between this prestigious rank and your initial deputation (AEO). Hence, there is a lucrative opportunity in ED for candidates to become an Officer equivalent to IAS Officer (Assistant Director of ED). Rest is your choice.

Note: In the above article, we have just provided you the suggestions regarding the posts & validating them with some facts. These posts offer tremendous opportunity to move ahead in your career. Besides this, it is not mandatory to go with only these posts. You can choose any post as per your choice & preferences.

If you found the given information on “How SSC can be the first step towards the glorified career?” useful, then please do visit “www.jagranjosh.com/staff-selection-commission-ssc” for such information on SSC CGL 2018 exam.