For the Civil Services aspirants, here, we have provided numerical test paper for the IAS Prelim Examination:

In the Civil Services Prelim Examination, the CSAT paper has been made qualifying in nature from 2015 onwards. The candidates have to score at least qualifying marks in the paper but in case, if a candidate could not be able to score the required qualifying marks in CSAT Paper then his/her other papers will not be evaluated. So, it is important for the candidates to do preparation in such a manner that there must not lay them in any suspicion of underscoring.

1.Ram invests Rs. 24000 with Bank of Baroda as fixed deposit at a bank at the rate of 10% per annum simple interest. But due to some unavoidable reasons, he has to withdraw the entire money after 3 yr, for which the bank allowed him a lower rate of interest. If he gets Rs. 6640 less than, what he would have got at the end of 5 yr, the rate of interest allowed by bank is

2. The circumference of the front wheel of a cart is 60 ft long and that of the back wheel is 72 ft long. What is the distance travelled by the cart, when the front wheel has done 8 more revolutions than the rear wheel? 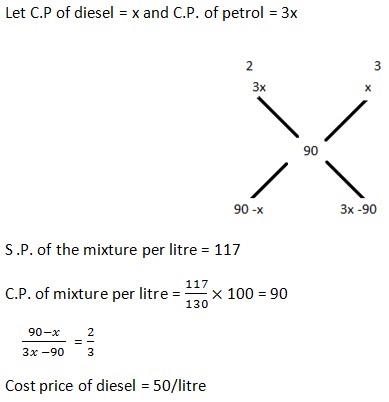 5.A, B and C throw a dice in succession till one gets a ‘six’ and wins the game. Then the probability of C’s winning is.

7.Directions: In each question there are two statements A and B, you have to select the correct answer from (a) to (d) depending upon the sufficiency of data given in the statements to answer the question.

Answer the following questions based on the information provided by bar chart given below. 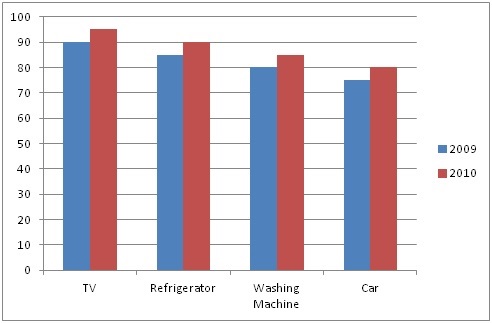 9.If the household population is 128 million in 2010, how many more people used TV than a car?