IBPS has released calendar for the forthcoming examinations that are scheduled to be held in 2017-18. Tentative exam dates have been announced for the examinations that will be held for Rural Regional Banks (RRBs) and Public Sector Banks (PSBs). 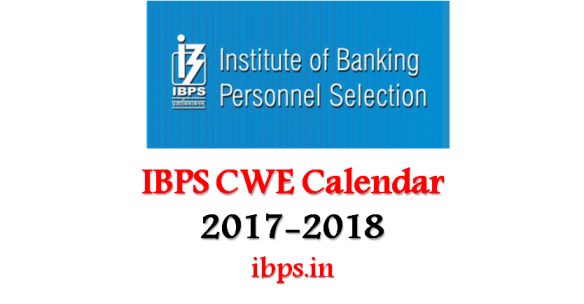 IBPS has released calendar for the forthcoming examinations that are scheduled to be held in 2017-18. Tentative exam dates have been announced for the examinations that will be held for Rural Regional Banks (RRBs) and Public Sector Banks (PSBs).

Institute of Banking Personnel Selection (IBPS), the sole examination conducting body of all RRBs and PSBs has announced the tentative exam schedule for the year 2017-18. The calendar for all the common written examinations has been announced by the authority.

This will be of great help to all the candidates, especially those preparing for banking jobs. With a handy calendar before you, it will be immensely helpful to plan and strategize the preparation properly and in a way that it will be fruitful.

IBPS will start the recruitment process in the second half of the year. As per the calendar released, the preliminary exam for RRB CWE will be held in the month of September. Therefore it is likely that registration process for the same will begin as early as June/ July. The single & main examination will be held in November, after the declaration of prelims result.

The biggest exam of IBPS, CWE PO/MT VII will be held in the month of October (prelims) and November (mains). Therefore, you need to work very hard, during the festive times for cracking this examination.

CWE Clerk will begin in the last month of the year and will continue till the next year alongside CWE SPL.

A major change has been announced by IBPS regarding Specialist Officers recruitment examination. IBPS states that It has been decided by the competent authority to hold two-tier examination for recruitment of Specialist Officers from CWE-VII onwards. All the candidates who will successfully register themselves under CWE SPL-VII will be called for Preliminary Examination. Based on the performance in the preliminary examination, certain number of candidates will be shortlisted and called for the Main examination. The Main examination will consist of questions only from Professional Knowledge. The details with regard to both the Preliminary and Main examinations will be made available on IBPS website through the detailed notifications in due course.