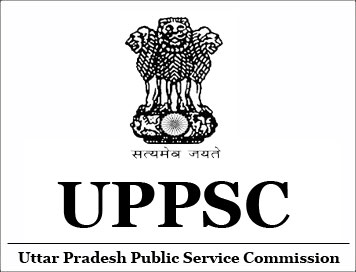 There is good news for the CSAT affected candidates who were demanding the two additional attempts in UPPCS Prelims Exam, finally, which has been considered by the Uttar Pradesh Public Service Commission following the guidelines of the CM Yogi Adityanath. From 2012 onwards the Civil Services Aptitude Test (CSAT) as a General Studies Paper II was introduced in the UPPCS Prelims Exam.

The decision will benefit around 40000 of UPPCS aspirants who have crossed the upper age limit of 40 years. Moreover to accommodate it, the UPPCS Prelims Exam date may be postponed to 23 July 2017 in order to invite and process the applications of the aforesaid candidates.

Now, 40000 and number of UPPCS candidates will come into the ambit of the UPPCS Exam, one of the coveted exams of the Uttar Pradesh. This will increase the level of existing competition among the UPPCS candidates. It is expected that the usual cut-off for qualifying the UPPCS Prelims Exam will also rise. So now only those UPPCS aspirants, who have better preparation and strategy will crack the UPPCS Exam. Also, there is the possibility of asking more tough questions in UPPCS Prelims Exam in order to balance the increased level of competition. The UPPCS aspirants have to reconsider their ongoing strategy of preparing for UPPCS Prelims Exam and they have to study hard to counter the increased level of competition.

This addition in the number of candidates in the UPPCS Exam will increase the level of competition and hence inturn will gave birth to more intense competition. So the candidates need to more aggressively pursue their goals and start with new zeal to prepare in a better way. Our study material can give them an edge over the others.

The Questions Bank provided by us has important questions with proper explanations of each and every question will be beneficial for both the stages of UPPCS Exam i.e. UPPCS Prelims Exam and UPPCS Mains Exam. It also consists of current affairs quizzes which are completely based on the events happened in India and around the world. More importantly, the Question Bank provided by us has a number of questions based on the history, geography, culture, economy of the state of Uttar Pradesh. The study resources are provided by us are simultaneously important for the state PCS Exam and the UPSC civil service exam.